A report released by National Fire Protection Association (NFPA), indicates that fire deaths in 1998 due to cooking equipment rose 45 percent from the previous year, but that over all, the number of home cooking fires decreased by 8 percent to the lowest level in the nineteen years of the study.

Cooking equipment fires remained the leading cause of home fires and fire injuries in 1998, and ranked fifth in all home fire deaths and fire property damage, according to the findings.

“Because cooking fires play such a major role in the fire problem, NFPA has targeted cooking as part of its Fire Prevention Week (October 7-13, 2001) focus, rallying children and families to make simple changes in their homes, if necessary, to help prevent these fires,” said Meri-K Appy, NFPA’s vice president for public education. “The increase in deaths in ’98 motivates us even more to continue to call attention to fire hazards in the home.”

In all, 396 deaths were attributed to cooking fires, and 94,000 reported fires for the year, but the majority of these fires typically go unreported to local fire departments although the unreported fires are nearly always very small fires, quickly discovered and extinguished by occupants. There were 4,656 injuries from cooking fires, many serious, believed to be the leading cause of injuries reported for all home fires. There was $419.1 million in direct property damage from cooking fires.

Unattended cooking was by far the leading cause of home cooking equipment fires and associated losses. Other human errors, such as falling asleep, inadequate control of open flame, failing to turn off the equipment, and placing combustibles too close to the heat source, also played a role in these fires. Equipment-related mechanical or electrical failures (part failure, leak or break) played a lesser role but frequent enough to mention.

Stove fires continue to dominate the home cooking fire problem, far ahead of other cooking equipment like microwave ovens (which were in 83 percent of U.S. homes as of 1997) or toasters.

Fire Prevention Week is rooted in the Great Chicago Fire of 1871. Of unknown origin, the fire began on October 8, and lasted 27 hours, leaving 250 people dead, 100,000 homeless, 17,400 structures destroyed, and more than 2,000 acres burned. Most of the damage was incurred on October 9; as a result, this date is most frequently connected with the tragic conflagration. A few years ago, Robert Cromie, a Chicago historian, disproved the most popular legend regarding the origin of the fire: Mrs. O’Leary’s cow kicking over a lamp and setting the barn afire.

Since the commemoration was first established in 1922, NFPA has officially sponsored Fire Prevention Week. It will be held October 7-13 this year.

NFPA’s web site offers these and other safety tips when cooking:

NFPA
View More Posts
Founded in 1896, NFPA is a global, nonprofit organization devoted to eliminating death, injury, property and economic loss due to fire, electrical and related hazards. The association delivers information and knowledge through more than 300 consensus codes and standards, research, training, education, outreach and advocacy; and by partnering with others who share an interest in furthering the NFPA mission. For more information visit www.nfpa.org. All NFPA codes and standards can be viewed online for free at www.nfpa.org/freeaccess. 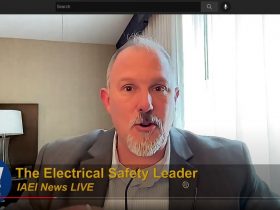 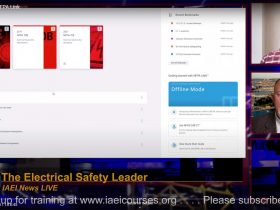