Between the 2006 Canadian Electrical Codeand the new 2009 edition in Section 68 we have six rule changes, one Appendix B change, and one Table change. The intent of this article is to detail these changes along with rationale for the changes.

First is Subrule 68-054 (2), the words “other elevated surfaces associated with the pool, such as a diving structure, slide, swings, observation stand, tower or platform” were added to clarify surfaces used to determine clearances for pool overhead wiring. The horizontal clearance from the pool edge also increased from 3.0 m to 5.0 m and the clearance measurement for conductors not exceeding 750 V was increased from 4.5 m to 5 m.

The change from 4.5m to 5.0m was to harmonize with the Canadian Electrical Code, PartIII (C22.3 No1). PartIII requires 4.6m for conductors up to 750V and 6.7m for others up to 38kV, accounting for the allowance required for conductor sag between the time of installation (covered in PartI) and the maximum sag due to conductor heating. The previous 4.5m clearance did not include allowance for maximum sag. The 3 m value adjacent to the edge of the pool was insufficient given the radius required for clearance. If only the 3 m value was applied, conductors could in some instances be positioned closer than the required clearances (5.0 and 7.5m) contrary to what the Subrule itself stipulates.

Figure 1 shows overhead clearances around a pool. The horizontal line shown at 4.5 m, 6.1 m, 6.7 m and 7 m are overhead line clearances for conductors not located over a pool found in Rule 12-304 and Table 34. Line 1 and Line 2 depict the clearance of conductors over a pool. The coloured Areas #1, #2, and #3 are the areas affected by this change. At first glance an increase from 3 m to 5 m sounds substantial, the drawing illustrates the change will have very little impact from installation covered by the 2006 Canadian Electrical Code.

Subrule 68-058(8) and the associated Appendix B note from the 2006 Canadian Electrical Code has been deleted.(8) Notwithstanding Subrule (1), the metal parts of a pool need not be bonded to ground or to each other where the electrical equipment associated with the pool is: (a) Not located within 3 m of the pool; or (b) Suitably separated from the pool by a fence, wall, or other barrier; or (c) Approved without a bonding conductor.

The reasons for this deletion was the increasing use of salt-based chlorine generation systems is contributing to accelerated corrosion rates of pool components and equipment, including electric pump motors. Factors include the increased conductivity of the water due to the addition of salts and the direct input of current into the water to create the necessary electrolytic reaction. The previous rule allowed such installations located more than 3 m from the water without consideration to these factors and the direct effect of these technologies on pools that are not fully bonded. Also the increasing use of homeowner installed garden lighting systems in close proximity to swimming pools creates potential hazard for pools that are not bonded. Required bonding of all swimming pools will help to reduce exposure to these safety hazards.

Subrules 68-064(2) and 68-068(2) have seen editorial changes to align with the rest of the code regarding the use of the termsground fault circuit interrupter of the Class A Type, andground fault protection.

The minimum underground conductor separation from pools in Table 61 for conductors in non-conductive ducts was increased from 0.75 m to 1.0 m. In addition the separation for direct buried non-jacketed cable between 15,001 V and 28 kV was changed from 4.0 m to 6.0 m. Similar to the changes to Rule 68-054 these changes to Table 61 were to harmonize with the Canadian Electrical Code, PartIII (C22.3 No1). 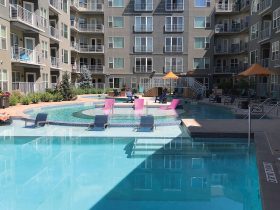 Summer is upon us, so let’s review Article 680, Swimming Pools, Fountains, and Similar Installations, focusing on proposed changes for the 2023 NEC. 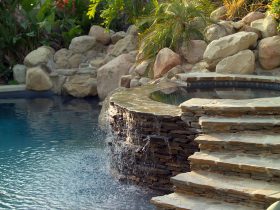 Electric Shock Drowning in Swimming Pools: The Risks and Regulations

Here are some tips on effectively assessing and mitigating ESD risks during swimming pool inspections and recommendations to pass on to pool owners. 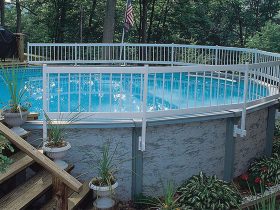 PERMANENT OR STORABLE? (When it comes to Pools, Definitions Make all the Difference)

Let’s look at the circumstances surrounding a storable pool vs. a permanently installed pool and how our definitions apply in these different applications.