During the required annual pool inspections for commercial indoor pools, the inspector happened upon a ground-fault circuit-interrupter (GFCI) device, with a water cooler connected but without a cover plate. Using his tester it was discovered that the GFCI device protecting the receptacle failed to trip. Expanding the test to all GFCI devices around the pool, it was discovered that the failure rate was 100%. The devices were subsequently removed and sent to Underwriters Laboratory (UL) for evaluation. The end result of this process was disappointing, but it demonstrates a fundamental flaw in the overall system that exists to insure electrical safety. The story is one of parochial views and half measures; but the fundamental question is, “Can the public reasonably expect GFCI protection from a listed and labeled GFCI device when they plug in their appliance?”

During the annual pool inspection process in New Jersey, the electrical inspector discovered that at two separate locations with indoor pools that all GFCI receptacles serving the pool area failed to trip when tested with an external tester.

At the first site, the inspector discovered a GFCI receptacle without a plate and investigated. The receptacle was powered but failed to trip on the tester. Subsequently, the remaining two receptacles serving the pool area were tested and likewise failed. Maintenance personnel who witnessed the tests agreed to replace all three receptacles. The inspector returned about seven days later to successfully complete the inspection and to issue an inspection approval.

A few days later, another annual pool inspection was performed on the indoor pool at a second hotel. During the course of the inspection, all three GFCI receptacles were tested; these receptacles were energized as before, but, as before, 100% failed to trip using an independent tester. One of the receptacles also failed to trip on both the tester and the test button on the device. The other units were not tested using their test button. The devices recovered from this inspection were sent to UL for evaluation.

In both cases, the hotels had indoor pools, and the devices were mounted in the wall with plastic surface plates (except the one with the missing plate as noted above) normally provided with the device by the manufacturer. They did not have weather covers.

The tester usedwas a one-year-old, UL-approved Sperry Instruments E132446, which is used daily duringinspections. This tester was included with the devices. The tester worked appropriatelywhen testingthe replacement GFCI devices at both locations. One of the failed receptacles was in continuous use for a water cooler in the first location. This device was not recovered. It is suspected that the rest of the devices had very limited or occasional use. Both areas had systems to control moisture but had the usual dampness and high humidity associatedwith indoor pools areas.

“Each GFCI exhibited signs of external corrosion on their yokes. Internal corrosion was also prevalent, made evident by green and white residue. The solenoids of each GFCI were corroded to the extent they were rendered inoperable. As such, the GFCIs could no longer trip either via their test button or by external tester. Chlorine laden moist air or water is suspected to be the corrosion catalyst.

“Each GFCI was manufactured in October 2000, prior to the 2003 adoption of the Corrosion Test into the Standard for Ground-Fault Circuit-Interrupters, UL 943. This test is intended to address the affects of corrosion on the operation of a GFCI to prevent the type of failure these units exhibited. Although the test subjects a GFCI to a corrosive atmosphere that may not exactly duplicate the environment, GFCIs in compliance with the test criteria are more likely to cope with the conditions of pool areas and similar environments of dampness and high humidity.

“It’s worth noting that according to the sub-code official, the GFCIs were installed withoutweatherproof covers. NEC Sections 406.8 A and B require that specific types of covers be used depending on whether the location was considered damp or wet. Based on the definitions in Article 100, the location in proximity to a pool is at least a damp location and may be considered wet if there is likelihood of saturation by splashing. The appropriate cover should have been used in this application. Additionally, the 2008 NEC also requires the use of Listed weather-resistant type receptacles (and GFCI receptacles) in these locations. (Refer to the same sections noted above.) Some GFCI manufacturers have UL-Listed, weather-resistant GFCI receptacles.

“For your information, the UL Guide Information (KCXS) for GFCIs reads:

“Receptacle-type GFCIs for use in wet and damp locations in accordance with Articles 406 of the NEC are identified by the words “Weather Resistant” or the letters “WR” where they will be visible after installation with the cover plate secured as intended.

“Weather-resistant receptacle-type GFCIs installed in wet locations are intended to be installed with an enclosure that is weatherproof, whether or not the attachment plug cap is inserted.

“Furthermore, NEC 110.3(B) states, “Listed or labeled equipment shall be installed and used in accordance with any instructions included in the listing or labeling.” The instructions provided with receptacle-type GFCIs include instructions to test the GFCI monthly. (Reference UL 943, Page SA16, Figure 6, Item 8d and Clauses 8.2.7 through 8.2.9.) Monthly testing of the installed GFCIs would have alerted the hotel staff that they had failed and required replacement.

“In general, replacing the defective GFCIs with new weather resistant devices installed with current code should provide a longer service life in this harsh installation environment. Testing the new GFCIs monthly as recommended will determine if a failure occurred and alert those concerned that GFCI protection has been lost and the GFCI requires replacement.

In New Jersey, an annual pool bonding inspection is performed on commercial pools. The inspection focuses on pool pump motors that have been removed and replaced, as well as on bonding connections to ladders and railings that were removed and stored for the winter. Normally, GFCI devices serving the pool are not part of the annual pool inspection process. The obvious hazard of a missing cover plate caused the inspection that led to this discovery.

The failed devices were determined by UL to have been manufactured in 2000, and it appears from the commentary that the issue has been recognized since then. Changes to the UL testing were made in 2003 with the addition of the corrosion test for these devices. The UL response also points out the requirement in the 2008 Code that the devices in these locations must be “Weather Resistant” or bear the letters “WR.” The UL response was careful to state that devices which pass the corrosion test are “more likely” to cope with the environment and the “WR” rating “should provide a longer service life.”
One would reasonably expect that there are many devices in service that were manufactured before 2003.

There are two additional statements of note. First, the devices should have been in a weatherproof enclosure. Second, the devices are required to be tested monthly. On the first point, it is suggested that if weather covers were effective, that both UL corrosion testing change in 2003 and the weather-resistance requirement in the 2008 Code may not have been necessary. On the second point, a reasonable person must ask: Is a device that has a monthly testing requirement appropriate for general use by the public? Is there anyone who believes that a significant number of installed GFCI devices are actually tested monthly? And, even if monthly testing were performed, the testing does not insure that a device provides protection. Rather, it allows for the discovery of those devices that have already failed. This requirement, by its existence, demonstrates that a GFCI electrical device has inherently poor reliability in at least some of the approved environments. Perhaps a GFCI terminal device is suitable for supervised locations only. Since the failure mode of these devices is to provide power without GFCI protection, it is not readily apparent to the user that safety has been compromised.

If safety is the primary concern, there is a better direction for the industry to proceed. GFCI protection can currently be provided in two ways: by a breaker in the panel, or with a terminal device. The environment inside an electrical panel is protected from harsh environments and current flowing through other breakers warms the interior of the panel, lowering the humidity. GFCI protective devices integrated into a breaker are not exposed to harsh environments that cause terminal devices to fail. Going forward, the National Electric Code could abandon the receptacle-based device in favor of the panel-mounted GFCI breaker, except in limited benign environments. We should also note that the economics have changed in favor of the more expensive panel-mounted breaker as the cost of the “WR” GFCI terminal devices have increased. One can also assert that construction of the GFCI receptacle prior to 2008 was lacking given the allowable uses.

This leaves the industry with an installed legacy of potentially ineffective devices.
The information on this failure has been provided to the NJ Department of Consumer Affairs. A recommendation has been made to expand the annual pool-testing requirement to include GFCI devices. This should reduce the exposure of the public to failed devices at public pools in New Jersey. It will be interesting to watch what happens with the GFCI issue as the regulatory environment continues to evolve. The changes noted earlier by the UL corrosion test and the 2008 Code’s “WR” requirement appear to be a band-aid on the problem rather than a solution. Economic interests and legal liability, which may result if a problem is fully and publicly acknowledged, places the industry in a quandary. Perhaps it will continue to be acceptable simply to provide the illusion of GFCI protection. If this is true, then as UL concludes, “UL PIR Reference 2009FR-978 is considered closed.”

Thomas A. Rorro, P.E., E.I.
View More Posts
Thomas Rorro holds a master’s degree in electrical engineering from the University of Dayton. He is a licensed professional engineer and a licensed electrical inspector in New Jersey. He served as the secretary of New Jersey Chapter of International Association of Electrical Inspectors (IAEI) and a member of the Institute of Electrical and Electronic Engineers (IEEE). He spent three years as a member of the teaching staff at Bergen County Technical Schools instructing in “Motors, Generators and the NEC” as part of the journeyman electrical course. Currently, Mr. Rorro is employed as an electrical inspector in Parsippany, New Jersey. 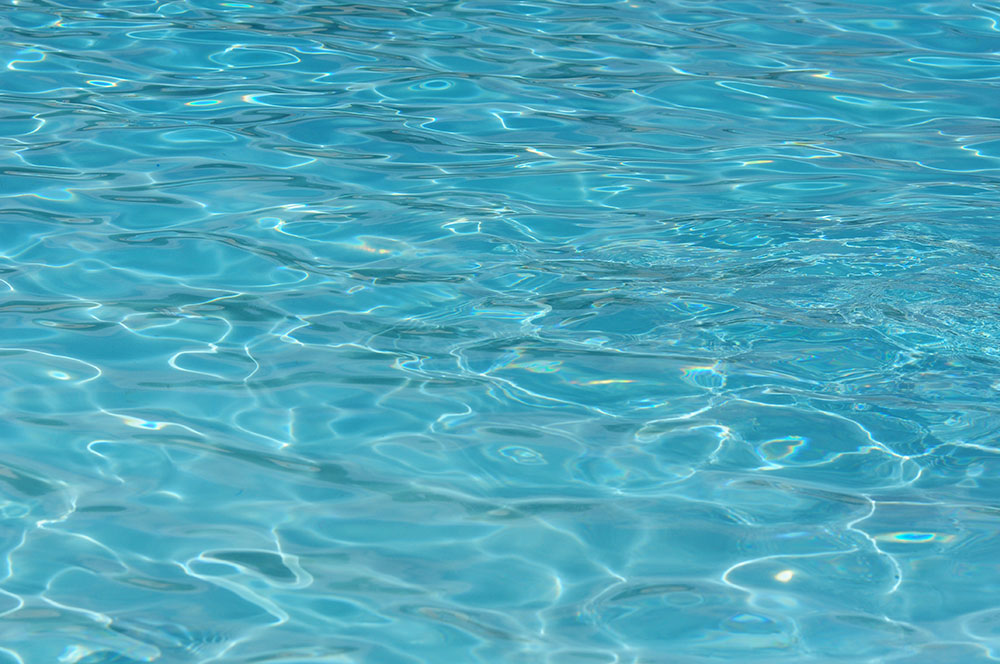