Section 18 of the Canadian Electrical Code contains the rules for electrical equipment and wiring in locations where flammable vapours, gases or mists could create a fire or explosion, dusts capable of creating a fire or explosion or ignitable fibres are present. This article reviews a number of requirements applicable to Class I explosive gas atmospheres when classified in accordance with either the European Zone or North American Division methods of classification.

You may recall that Rule 18-002, Special Terminology defines an explosive gas atmosphere as “a mixture with air, under atmospheric conditions, of flammable substances in the form of gas, vapour or mist in which, after ignition, combustion spreads throughout the unconsumed mixture.” (In other words, you could get a fire or explosion.)

According to Rule 18-000, the Zone system of classification must always be used for new installations where hazardous concentrations of gases, vapours or mists are present in quantities that could create a fire or explosion. Rule 18-000 also goes on to say that we are permitted to continue using the Division system for renovations or modifications to existing facilities that may already have been classified by the Division method. The rules for application of the Division method of classification are found in Appendix J.

When we use the Zone system of classification, hazardous locations are considered those areas containing flammable or explosive gases, vapours or mists. When using the Division system, you may already have noticed a small difference, that the word “mists” is excluded.

As an example, an electric lighting or motor circuit could not be located within a Zone 0, only measurement, control or communication circuits. The explosive vapour above the surface of a flammable liquid within an enclosed tank could be a Zone 0. The Division system of classifying Class I locations does not have the same restriction for electrical equipment installations and therefore the requirements are different.

The table shown in paragraph J1.2 of the 2009 Canadian Electric Code contains valuable information on the types of electrical equipment permitted for use in explosive gas atmospheres, classified by either method. Although the wording may seem different, the table shows that identical types of equipment are permitted in Zone 2 and Division 2 locations. The table also shows that Class I, Division 1 types of electrical equipment may be installed in a Zone 1 location but that Zone 1 equipment is not permitted in a Class I, Division 1 location. That’s because that equipment has not been tested and approved for Zone 0, which may be integral to some Class 1, Division 1 locations.

As with past articles, you should always check with the electrical inspection authority in each province or territory for a more precise interpretation of any of the above. 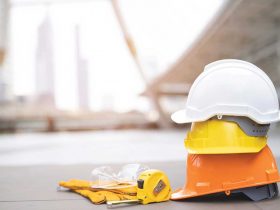