In general, electrical designers, contractors and regulators are quite comfortable in applying the CE Code requirements for the electrically connected life safety systems.

However, they must have a clear understanding of such requirements in other relevant codes and standards. The most important document for this purpose is the National Building Code of Canada (NBCC). The NBCC governs criteria for application of fire alarm systems, fire pumps, emergency generators, emergency lighting, electrically connected exit signs, elevators, hold open devices, electromagnetic locks, protection of electrical conductors against exposure to fire, penetration of fire-rated assemblies by conductors and boxes and electrical facilities in buildings, including recessed luminaires, lighting equipment in dwellings and garages, and illumination of public and service areas.

Although, this list may continue, the intent of this article is to show that the provisions of different codes and standards on the same subject are not always consistent, and the users of these standards must take this fact into consideration.

Let’s substantiate this statement by a few following illustrations:

2. Clause 4.3.11 of ULC S524 requires that the data communication link conductors that interconnect fire alarm control units and transponders in any building must be protected against exposure to fire by being located in two physically separated 1 h rated compartments. However, Sentence 3.2.7.10.(1) of the NBCC 2010 mandates such protection of electrical conductors against exposure to fire only if these conductors are installed in a high building or if these conductors connect fire alarm system transponders and control units that are located in different fire compartments of any building. Result of such inconsistency is quite obvious. It can create imposition of unwarranted construction cost and delays in building occupancy.

5. Rule 46-400 is very explicit in mandating connection of exit signs to a dedicated circuit. This rule offers an exception — by allowing the exit signs to be connected to the circuit that supplies emergency lighting in the area where such exit signs are installed. However, the NBCC has a different take on this subject. Sentence 3.4.5.1.(5)(a) states that “Circuitry serving lighting for externally and internally illuminated exit signs shall serve no equipment other than emergency equipment.” This requirement appears to be confusing as it implies that the exit sign could be connected to a circuit supplying a fire pump, a smoke control fan or other equipment that is described by the NBCC as emergency equipment. Fortunately, electrical contractors diligently follow provisions of the electrical installation Code in this regard.

7. Article 3.2.4.15. of the NBCC mandates automatic emergency recall of elevators that are provided with automatic emergency recall feature only upon actuation of smoke detectors installed in elevator lobbies on the recall level. However Clause 2.27.3.2.3(d) of the CSA standard B44-09 “Safety Code for Elevators” requires that such emergency recall must be provided upon actuation of a fire detector in the elevator hoistway. Such inconsistency could also be quite costly, as the AHJ that administers the Elevator Code would enforce the requirements that do not exist in the NBCC.

8. Definition ofservice roomin the NBCC is different from such definition in the C282. While the building code defines a service room as “a room provided in a building to contain equipment associated with building services,” and Article 3.6.2.8. of the NBCC mandates that a service room intended to house an emergency generator must be 2 h rated, the CSA standard C282 defines a generator service room as “a room or enclosure that provides environmental protection and security for the emergency electrical power supply (generator set and all auxiliary equipment).” Such difference in definitions creates inconsistency regarding the C282 requirement for a location for a dedicated day tank containing a liquid fuel in a service room, as many outdoor generators are installed in standard enclosures that do not have room for a day tank, since each such enclosure is not considered to be a service room in accordance with the building code.

Based on the longstanding tradition that “eight is enough,” I’ll limit the list of these examples to this number. But this limit does not mean that inconsistencies or conflicts between some codes and standards no longer exist. Electrical designers find such inconsistencies in variety of documents that are adopted for regulatory purpose.

Quite often, codes and standards are simply silent on certain aspects of interconnection of electrical equipment, and inconsistency among the designers, installers and regulators due to absence of apparent clarity widely ranges between jurisdictional boundaries.

Here is one particular illustration on this, latter subject.

Quite often a question is raised whether the fans and dampers associated with the smoke control equipment (where the smoke control is required by the NBCC) need to be controlled directly by the building fire alarm system, or by a building management system (BMS or BAS), and if the BMS/BAS is permitted for such interconnection, does it have to be specifically listed/certified to the ULC requirements for this application?

Some suppliers of fire alarm systems state that a BAS cannot be used for the purpose of smoke control, and such interconnection with the smoke control equipment must be provided only from a fire alarm system. But reality is that Fire Alarm System suppliers and manufacturers are not HVAC control specialists. Therefore, having them programming control of fans and dampers without this specialized HVAC knowledge could lead to some disastrous situations such as collapsed duct work, freezing of coils, etc. In addition, the dampers that are being used for the smoke control are used for the regular control of makeup and exhaust air in daily operations as well.

So, let’s take a look at whether the applicable codes and standards will allow (or prohibit) one to use a contact from a fire alarm system control unit for providing a signal to the BAS — upon actuation of the building fire alarm system, so the BAS would start operation of the appropriate smoke control fans and dampers.

For the purpose of this question, the following are the relevant provisions of the NBCC and ULC standards S524 and S537 (with comments by the author):

1. Sentence 3.2.6.7.(2)(i) of the NBCC requires that a CACF must include means (as appropriate to the measure of fire safety provided in the building) to (a) actuate auxiliary equipment, or (b) communicate with continually staffed auxiliary equipment control centre. This means that (for example) a sprinklered building (with Measure “A” being adopted for fire safety) would have to be designed so that all below grade stair shafts are pressurized when a fire alarm system is actuated. This also means that the CACF of the building fire alarm system should have controls (manual or automatic) to actuate such smoke control equipment — fans and dampers. Traditionally, designers use auto and manual mode, as a manual mode will allow for a testing of such smoke control equipment in accordance with the fire code (without triggering activation of a fire alarm system), and automatic mode will immediately send a signal to the MCC responsible for operation of the smoke control equipment.

2. Auxiliary equipment is not defined in the NBCC, and the NBCC is silent on how this equipment is actuated — directly or indirectly. The ULC S524, however, has a definition of ancillary circuit and ancillary device, and both these definitions do not clearly indicate whether actuation of such device by a FAS or connection of such circuit to an ancillary device must be direct or via another system such as building management system.

3. Wiring of ancillary circuits is not required to be electrically supervised by a building fire alarm system, as such wiring does not comprise interconnection of fire alarm system components (it is one of the FAS outputs). Clause 3.3.1.1 of the ULC S524 lists all components which must be wired with electrical supervision.

5. ULC S537 requires that the documentation provided in addition to the verification report must include a table (C2) which simply indicates whether description of ancillary equipment controlled by the fire alarm system is provided.

6. Table C5.1 of the ULC S537 includes a checklist of the operation status for the ancillary devices circuit, but it does not require verification that the connection to the ancillary equipment is made directly or via a BMS/BAS.

7. Table C5.3 of the ULC S537 simply mandates to check whether ancillary circuits are being operated within 10 s, and whether the subsequent input operation is completed within 30 s. (In the author’s view, this is a performance requirement, which is not dependant on a type of a FAS connection to an ancillary equipment).

In addition to the above stated provisions of the NBCC and ULC standards (and author’s comments on these provisions), the following observation is warranted:

There is no “ULC listing” for a building management system, as all FAS equipment must be listed/certified to specific product standards, and all these product standards are referenced on page IV of the ULC S524. It should be noted that if any other system, (such as a security system, BAS, etc.) is intended to be ULC listed/certified, it has to be certified as an integrated fire alarm system that incorporates additional features (i.e., security, building management, etc.).

But under no condition could a BAS be certified to the ULC product standards, unless it is an integral part of a FAS.

Thus, based on the above information, here is the author’s conclusion on this subject:

Connection from a fire alarm system to the (NBCC required) auxiliary equipment may be made directly or via intermediate systems, as long as during a life safety test mandated by Article 3.2.6.9. of the NBCC it could be demonstrated that the required auxiliary equipment performs as designed in accordance with the adopted measure for fire safety in a building.

All these examples of inconsistency or ambiguity should not create a doom and gloom by the users of the codes and standards.

There have been great improvements in the development of codes and standards in respect to the electrically connected life safety systems.

Installation of carbon monoxide alarms required by the NBCC has been already reflected by Rule 32-110 of the CEC.

The 2010 edition of the NBCC correlated provisions for installation of smoke detectors in elevator machine rooms with B44 by introducing the relevant requirement in Article 3.2.4.11.

A proposal has been submitted to the S/C for Section 32 of the CE Code to allow use of optical fiber cable for data communication links in a large scale network between fire alarm control units.

Location of smoke alarms in dwelling units has been coordinated (and made consistent) between Articles 3.2.4.21. and 9.10.19.3. of the NBCC.

The CEC has a permanent Liaison S/C with the NBCC, and the building code expert representing the NRC participates in operation of this S/C.

There is no doubt that the necessary improvements in coordination between various codes and standards on this subject will continue, thanks to the contribution of the stakeholders of electrical industry involved in the standards development process.

Meanwhile, should any confusion arise in light of inconsistencies between the codes and standards on the issues related to electrically connected life safety systems, the authorities responsible for administration of these codes and standards should be consulted in each specific case of design and installation of such equipment. 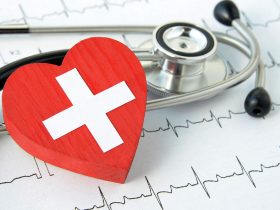 Electrical Inspectors need to approach urgent care clinics differently than non-healthcare facilities like commercial buildings, such as meeting the requirements of NFPA 99. 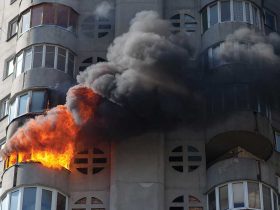