0
The first time I came eye to eye with a 600-volt system was during the commissioning of a new amusement park. To me, the utility engineer, it was a low voltage system but not so to the customer and indeed 600 volts is a high voltage.

It was unusual for our utility to get involved in the commissioning of commercial businesses but the amusement park had some very large motors, in particular the flume ride motor. Although I can’t remember its horsepower, a full voltage start would almost look like a dead short circuit to the power system. Even with the starter controls on the motor, the amusement park ended up having restrictions on the number of times they could start the motor to eliminate the impact of voltage flicker on nearby customers.

Who is not familiar with the convenience of modern electricity — flick the switch and “on” goes the power? Yet there are relatively few people who understand the complex interconnectedness of a power system that enables us to turn on the switch, whether to a bathroom light or a flume ride. It’s true, isn’t it?

As an electrical inspection professional, you are part of this system.

Inspectors operate within an equally complex interconnected sub-system of people and processes that extend beyond the inspector’s workplace. This network includes colleagues from around the country or the globe, local and federal regulations, utilities, municipalities, businesses, electricians, and property owners in the communities you serve.

And the ultimate purpose of the electrical inspector is two-fold: first, to ensure electrical systems are safe; second, to facilitate the connection of end-use devices and systems that serve humanity.

The impact of this perspective is significant. It elevates the work of electrical inspection to a calling. You may already see your work as a calling because of your responsibility to protect the safety and security of people and property. But I see your calling as something much larger.

Homes and schools are heated or cooled, factories are powered, food is prepared, hospitals are lit, technology is enabled and so much more all because of the safe reliable delivery of electrical energy.

Your calling as an electrical inspector is central to the well-being of humanity. Although it is seldom top of mind, but everything you do as an inspector on a daily basis, either directly or indirectly makes a difference in our world — all in support of this calling. Everything.

Seeing electrical inspection work as a calling is challenging. The complexity of the electrical system makes it hard to see the difference our actions make. And as is frequently the case, self-limiting beliefs about the nature of our work diminish our awareness to the point where the impacts of our actions are invisible to us. For those who do not overcome these challenges, the meaning of electrical inspection work is easily reduced to a mundane series of pass-fail transactions.

Like the flume motor that has the potential to trip upstream protection on the power system or to annoy nearby customers if started too frequently, your actions, in some way impact everyone with whom you are connected. This is true whether you see the impact or not. But unlike the flume motor, you can know you make an impact even without seeing the impact.

It is absolutely critical to have a healthy, realistic pride both in one’s work and in the impact of one’s work. And it is up to electrical inspection professionals like you to spread the word about the Calling of being an Electrical Inspector.

Steve Foran
View More Posts
Steve Foran is an electrical engineer with an MBA that has been transformed into a Gratitude Engineer. Steve specializes in helping organizations overcome the attitudes of entitlement and complacency that somehow seem to creep into workplaces. Through his research, speaking, writing and consulting he helps organizations build healthier workplace cultures. You can find out more about Steve and his work at www.giveraising.com or you may contact him through LinkedIn: http://www.linkedin.com/in/steveforancustomerservice or Twitter @ForanSteve 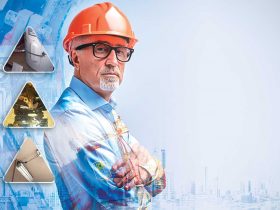 The first question you may be asking yourself is, “How does a code enforcement inspector fit into IAEI?” That is what we will look at in this article.

Application and Installation Requirements for Exit Signs: What, Why, and How