0
Apparently, there is some confusion on this subject. Let’s tackle it step-by-step.

Consumer’s service, a feeder and a branch circuit are defined by the Canadian Electrical Code as follows:

“Service, consumer’s — all that portion of the consumer’s installation from the service box or its equivalent upto and including the point at which the supply authority makes connection.

Feeder — any portion of an electrical circuit between the service box or other source of supply and the branchcircuit overcurrent devices.

Branch circuit — that portion of the wiring installation between the final overcurrent device protecting the circuit and the outlet(s).”

Although each of these defined portions of an electrical installation has a different purpose, Rule 8-104 of the CE Code offers absolutely similar fundamental requirements for a selection of a minimum rating of a consumer’s service, feeder or branch circuit.

It means that if the selected ampacity of conductors (based on a particular ampacity table) is, for example, 225 A but the selected rating of the overcurrent device is 200 A, then the ampere rating of such circuit (feeder or consumer’s service) is 200 A.

Rule 8-104 provides following clarity on this condition as well:

“8-104(2) The calculated load in a circuit shall not exceed the ampere rating of the circuit.”

This Rule also provides criteria for determination of whether a calculated load should be considered continuous or not.

“8-104(3) The calculated load in a consumer’s service, feeder, or branch circuit shall be considered a continuous load unless it can be shown that innormal operation it will not persist for

Therefore, only if it could be demonstrated that a load does not persist for more than half of the time period described in a condition (a) or (b) above, such calculated load is permitted by the Code to be considered as non-continuous load.

In fact, the CE Code only considers total load as non-continuous when such load is calculated for a purpose of selecting service conductors for a single dwelling or service/feeder conductors for a dwelling unit in an apartment building. All other loads are considered by the Code to be continuous, and appropriate demand factors should be applied to those continuous loads.

Although Rule 8-104(2) mandates a general criteria for selection of a circuit rating (i.e., that the calculated load in a circuit cannot exceed ampere rating of that circuit), this general criteria is additionally supplemented by Subrules 8-104(4) and 8-104(5), and the Code users should clearly understand which particular Subrule should applyin each specific case.

“8-104(4) Where a fused switch or circuit breaker is marked for continuous operation at 100% of the ampere rating of its overcurrent devices, thecontinuous load as determined from the calculated load shall not exceed

This means that if a fused switch or a circuit breakerspecifically marked for continuous operation at 100% ampere rating of its O/C device is selected for the installation, then the size of conductors indicated in Tables 2 or 4 could be selected for that calculated loadbased on criteria outlined in Subrule 8-104(2) shown above,(i.e.,provided that the continuous load does not exceed the selected ampacity of the circuit conductors). This also means that if free air conductors are intended to be selected for such installation in accordance with Table 1or 3, then the continuous load under no condition is allowed to exceed 85% of the selected ampacity of conductors.

When a traditional (80% rated, readily available off the shelf) fused switch or a circuit breaker is specified for installation in a circuit, then provisions of Rule 8-104(5) must apply as follows:

“8-104(5) Where a fused switch or circuit breaker is marked for continuous operation at 80% of the ampere rating of its overcurrent devices, thecontinuous load as determined from the calculated load shall not exceed

Subrule 8-104(6) warns the Code users of additional conditions that may exist in installation (i.e., high ambient temperature or more than 3 conductors are installed in a raceway), andthat in these cases specific derating factors must be applied.

“8-104(6) If other derating factors are applied to reduce the conductor ampacity, the conductor size shall be the greater of that so determined or thatdetermined by Subrule (4) or (5).”

So, based on the discussion above, the following conclusions could be made:

1. Rating of the circuit overcurrent devices and ampacity of the circuit conductors shall not have values smaller than the calculated load of that circuit; and

But what about a correlation between the ampacity of circuit conductors and the overcurrent devices protecting these conductors? Does any requirement exist in the Code for such correlation?

Theanswer to this question could found in Rule 14-104(1) of the Code as follows:

(1) The rating or setting of overcurrent devices shall not exceed the allowable ampacity of the conductors that they protect, except

(a) where a fuse or circuit breaker having a rating or setting of the same value as the ampacity of the conductor is not available, the ratings or settings given in Table 13 shall be permitted to be used within the maximum value of 600 A;

(b) in the case of equipment wire, flexible cord in sizes Nos. 16, 18, and 20 AWG copper, and tinsel cord, which are considered protected by 15 A overcurrent devices; or

(c) as provided for by other Rules of this Code.”

This requirement indicates to the Code users that in general (except as it may be permitted in other Rules of the Code), the rating or setting of the circuit overcurrent devices are not allowed to exceed ampacity of the circuit conductors protected by such overcurrent devices. This Rule also advises the Code users that such general correlation requirementmay be disregarded under provisions of Table 13, but only in those situations where the standard rating or setting of the overcurrent device of the same (or smaller) value than the ampacity of the selected conductors is not available.

Let’s illustrate the above requirements of Rule 8-104 and Rule 14-104 by a couple of examples.

Example 1:A calculated load of a stand-alone building occupied by a restaurant is 300 A at 120/208 V. The power to the building is supplied by a buried 4 conductorcopper armoured cable installed by an electrical contractorfrom the utility PMTto the electrical service boxcontaining a standard 80% rated circuit breaker. The circuit breaker is marked for the maximum allowable termination temperature at 75 Deg. C.

In this case, Rule 8-104(5(a) would have to apply for selection of the ampacity of the service conductors. Based on the calculated load of 300 A the next standard value of the conductors ampacity should be selected fromthe 75 Deg. C column of Table 2, and this value should be equal or more to the result of multiplication of 300 A by 1.25, which is 375 A. From Table 2, the next standard conductor ampacity meeting this requirementis 380 A, and this ampacity will allow us to select a cable sized at 500 MCM. This ampacity (and this cable size) will workfor the intended continuouscalculated load if there are no additional needs to de-rate the assigned ampacity (i.e., due to the voltage drop or high ambient temperature requirements).

Now, we can select the trip setting of the service circuit breaker based on the provision of Rule 8-104(5)(a). As the trip setting cannot be less than 375 A, then the next standard setting allowed by Rule 14-104(1) should be 400 A, provided that such setting meets the criteria mandated by Table 13. Review of Table 13 will allow the Code users to ascertain that the conductors with ampacity values from 351 A to 400 A could be protected by the overcurrent device set or rated at 400 A. Thus, a circuit breaker with a 400 A frame and 400 A trip set will work in this case.

Therefore, the rating of the serviceis selected successfully for the continuous load of the restaurant in our example 1.

Example 2: A calculated load of a single dwelling (of a detached two storey house) is 178 A. An electrical contractor has lots of 4/0 aluminum 3 conductor armoured cable in stock and wants to use it as the consumer’s service conductors, to supply the loads of the house.

As the load of a single dwelling is not considered to be continuous for the purpose of selection of the ampacity of service conductors supplying the singledwelling [see Rule 8-200(3) of the CE Code], the ampacity of conductors selected from 75 Deg. C column of Table 4 should not be smaller than the calculated load of 178 A. 4/0 aluminum cable intended to be used by the contractor will do the trick, as the ampacity of this cable is 180 A. This means that the condition of Rule 8-104(2) is met. What about the selection of the service overcurrent device? Can thecontractorinstall a 225 A combination panelboard with the circuit breaker trip set at 200 A? Table 13 will allow such setting, as a 200 A overcurrent device will be able to protect conductors with ampacities between 176 A and 200 A.

This means that the rating of this service is also adequately selected for the non-continuous load of the single dwelling.

Let’s spend a few moments of interesting relaxation allowed by Rule 14-104, as shown below:

The rating or setting of overcurrent devices shall not exceed the allowable ampacity of the conductors that they protect, except…….

(c) as provided for by other Rules of this Code.”

This relaxation is intended for specific needs to correlate the overcurrent devices with ampacities of conductors for such loads as motors and capacitors where inrush currents (in case of motors) or charging currents (in case of capacitors) could be quite large, and the O/C devices should be selected so as to allow a successful start of this type of connected loads.

Relaxation allowed by Rule 62-116(7) for the correlation between the overcurrent protection of the service, feeder or branch circuit conductors and the ampacity of these conductors is another example of such provision of Rule 14-104(c).

It appears that the fundamentals of the circuit loading have been sufficiently addressed.

But what about an additionalrelaxation allowed by Rule 8-106(1) shown below:

(1) The size of conductors and switches computed in accordance with this Section shall be the minimum used except that, if the next smaller standard size in common use has an ampacity not more than 5% less than this minimum, the smaller size conductor shall be permitted.”

This relaxation creates lots of confusion to the Code users, as itflagrantly conflicts with fundamental requirements of Rule 8-104 (it should be noted that Rule 8-104 has no notwithstanding provisions for such relaxation). In addition, use of this relaxation could reduce electrical safety, as it may lead to a selection of the conductors with ampacities smaller than the connected load. A case in point is when the load is not determined by a calculation but bymeasuring a demand in accordance with Rule 8-106(8) of the Code.

Despite the fact that this relaxation exists in the Code, there are many electrical safety regulators who are reluctant to accept use of this relaxation for the reasons expressed above.

It should be noted that the proposal has been submitted to Section 8 S/C to delete this 5% relaxation permission from Rule 8-106 and to introduce it as a notwithstanding Clause to Rules 8-104(4) and 8-104(5)under a control of a special permission by the AHJ.

Thus, as usual, when any specific issues arise in respect to load calculations, the authorities having jurisdiction should be consulted by the designers and contractors. 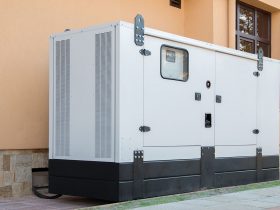 Electrical Equipment in Service Rooms – Continuation of the Discussion

Let’s examine the requirements regarding electrical equipment in service rooms per the National Building Code of Canada and the Canadian Electrical Code, Part I. 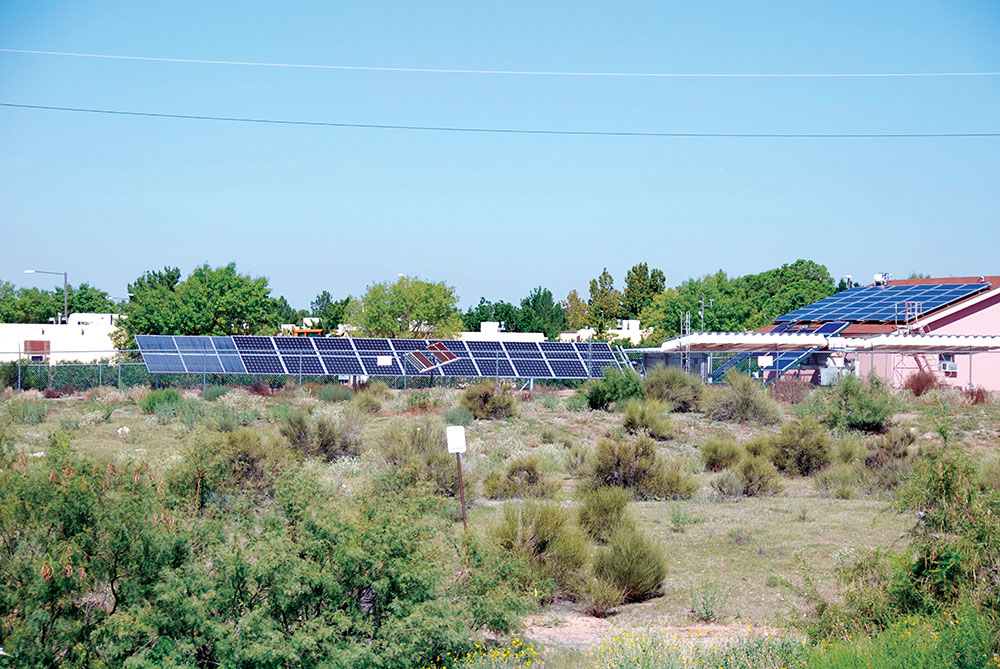