The risk of fault within switchgear increases with voltage. To protect against this, manufacturers are focusing more on the design of switchgear and the materials used to ensure the phases are separated from each other and ground. Typical solutions include powder-coat epoxy insulation, fiberglass barriers, etc. However, the effectiveness of these solutions is known to deteriorate over time. So, how do we inspect the insulation to determine failure and how do we know when the switchgear has reached the end of its service life?

Interestingly, the effects of misbehaving electrons are not a new experience for operations personnel. A phenomenon known as St. Elmo’s Light or St. Elmo’s Fire has been recorded for at least 200 years. It became known as St. Elmo’s Fire when it was witnessed by sailors aboard wooden ships in the 18th and 19th centuries in the form of a phosphorescent glow on the tips of masts and yardarms. Because sailors experienced a sort of religious experience when seeing it, they named the glow after their patron saint—St. Elmo. It was considered a bad omen if the glow started on the ship and then jumped off—so sailors preferred the glow stay with them. In fact, the sign of St. Elmo’s Fire discharging was considered an omen of shipwreck.

Today, switchgear designers know the phenomenon of St. Elmo’s Fire by other names. The glow is called a corona, and its crackling emission is called partial discharge. It is known to collect on sharp edges of conductors and grounded structures where electric field lines concentrate. This is the same sort of concentration of electrons experienced on the wooden mast of a tall ship passing out of an electrical storm at sea.

Sharp edges on copper bus bars facilitate the unintended discharge of electrons from conductors to ground between phases. The potential attraction between phases is even stronger than the attraction of electrons from phase to ground. These local field concentration points are a source of deterioration in medium voltage insulation. The electrons leave behind evidence of their discharges and deposits, which are sometimes called “water trees.”

Unfortunately, there are a lot of sharp edges that concentrate electric fields in modern switchgear. It is not a question of if the insulation will deteriorate, but rather, how long it will last. Manufacturers aim for a 30-year service life, but this is based on a clean,  low-humidity environment referred to in the American National Standards Institute (ANSI) as “ideal.”

The ANSI standards for medium voltage switchgear do not currently define limits for partial discharge of electrons to the surrounding environment. However, over time the carbon deposits left behind can become conductive bridges in undesirable places. An arc flash event could result if the deposits spanned between a conductor and ground.

Canadian Standards Association (CSA) C22.2 No.31 medium voltage switchgear establishes a design threshold limit of 100 pico Coulombs (pC) and a procedure for testing the likelihood of premature aging from the effects of partial discharge. The procedure identifies weak spots in the switchgear.

To perform the test, a corona is initiated by temporarily pressing the voltage higher than the rated voltage of the unit. For example, a 15kV-rated switchgear is tested for partial discharge by the Canadian standard after a corona is initiated at 17kV or 18kV and maintained above 100 pC for one minute. The voltage is then reduced to the required corona extinguishing voltage. A measurement is taken to determine the residual discharges emanating from the switchgear. Any discharge above 20 pC is considered damaging to the service life of the equipment.

Some manufacturers adopt a combination of ANSI and CSA to achieve the best possible performance over the service life of the switchgear. Thus, a new generation of ANSI switchgear is emerging that has partial discharge performance below the requirements of CSA standards.

Deterioration of insulation performance and the resulting increase in partial discharge can be accelerated by several factors. These include poor cable assembly, chemicals in the environment, dusty conditions near the installation, air gaps between insulation and bus bars, field modifications that reduce factory clearances or a combination of these when the switchgear is operating at full rating. Because most switchgear installations fall into this category, inspectors need to be aware of the signs of compromised or aging insulation.

The most important aspect of an inspection program is how often it is inspected. Traditionally, the more frequent the inspection, the better.  In fact, annual inspection is recommended by most manufacturers for most medium voltage switchgear. However, the switchgear must be powered down to perform such an inspection, because all the bus bars and insulators must be visually inspected and physically wiped down. It is more invasive than routine operation of the breaker to ensure it is ready to trip on demand.

The following is a recommended set of criteria for inspectors in the field:

When the time to replace switchgear comes, there are a few new options for replacement. In addition to tried and true solutions, some newer switchgear models have longer service lives.

A new generation of switchgear has been designed to address the effects of partial discharge. The innovative Shielded Solid Insulation System (2SIS) technology is being used in new switchgear designs to minimize discharges where clearances are tight. The resulting partial discharge performance of the worst-case solution is 5 pC, which is 4x below the CSA limit.

2SIS completely encapsulates the conductive bus from the environment, offering the most robust protection in this category. With partial discharge performance of less than 1 pC, 2SIS technology is truly a game-changer in terms of taming electrons. The technology can extend the recommended interval between inspections to 10 years. Currently, 2SIS technology is fully integrated into Schneider Electric’s Premset medium voltage switchgear and used in critical places in the HVL/cb switchgear.

Just an Omen, or Reality?

It is recommended that switchgear be inspected for partial discharge on an annual basis. Inspectors should treat any evidence seriously and replace the component immediately. The switchgear owner must also be informed the equipment is deteriorating and quickly approaching the end of its useful service life. In the case that the individual component cannot be repaired, then it is time to replace the section.

The sailors were right; it is not just a bad omen. If St. Elmo’s Light is discharging and you can hear, smell, taste or see it, then it is time to take action, which can save lives.

Jeffrey T. Jordan
View More Posts
Jeffrey T. Jordan, P.E., is the Power Grid Product Manager for Copperweld Bimetallic LLC in Nashville, TN, USA. He is circuit breaker and grounding application expert for copper-weld grounding wire solutions. He has supervised over 5,000 hours of medium voltage R&D testing at high-powered laboratories, including interruption performance, dielectric tests, bracing and short circuit, mechanical endurance, and arc resistance. He earned an engineering degree in 1995 from The University of Michigan and an MBA in 2014 from Vanderbilt University. For more information on superior grounding solutions using copper-weld wire and cable, visit www.copperweldenergy.com. 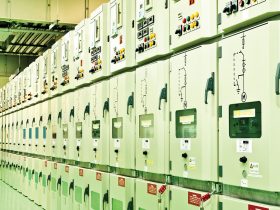 This article provides a general overview of what to expect when completing a field evaluation of medium/high-voltage switchgear electrical distribution systems based on NFPA 791. 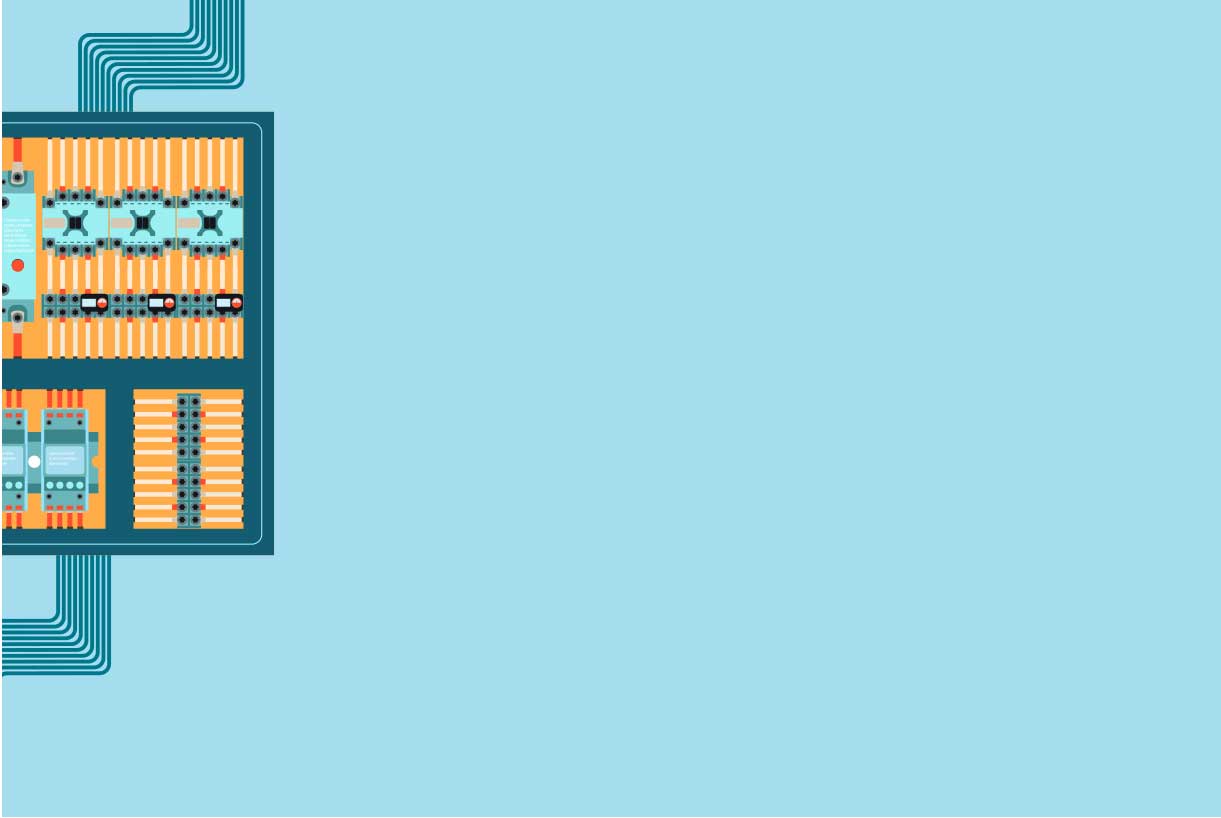 Understanding the information on equipment nameplates is essential to properly evaluate an air conditioner or heat pump installation. This understanding simplifies the selection of the correct branch-circuit conductor size, the type and rating of the overcurrent protection device, and the size of the disconnecting means.