Although not much thought is ever given to the little thermal protector that exists in today’s recessed lighting, it plays a big role and the process for getting it there is involved.

Figure 1. Figure 8.6.1.2 from UL 1598 shows where a typical protector appears electrically in an HID luminaire

The thermal protector is a small, silent little device that plays a big part in preventing fires. Self-heating thermal protectors more commonly called SHTP, are devices used in recessed lighting luminaires that sense overheating of the luminaire. The SHTP consists of a resistive heating element, a bi-metal switch, and some leads—all typically packaged in a small polymeric enclosure. The SHTP is basically wired in series with the lamp circuit and opens that circuit if too much heat is detected. In the SHTP, the resistive heating element is part of the bi-metal switch; and if the operating ambient of the luminaire rises, the thermal equilibrium of the heater/bi-metal combination is changed and a bi-metal switch will open if its ambient is too high. The SHTP is a very sensitive device that will not nuisance trip on the hottest of days, but will quickly trip if the luminaire is overlamped or insulation is added on the housing. (see figure 1 and figure 2) The term luminaire may be new to some people that are used to using the term “lighting fixture.” The new term to appear in the 2002 NEC, Article 410, will be “luminaire” and it is defined in UL 1598 as: “A complete lighting unit designed to accommodate a lamp and to connect the lamp to a power source.”Why important?

Basically, the SHTP is used in recessed luminaires to prevent fires. During energy conservation measures of the 1970s, attic insulation in the form of insulation bats, blankets, or blown-in cellulosic insulation was used. Insulating the ceiling of dwellings or office spaces traps desired heat in the winter and keeps heat from the room in summer. This insulation also traps this heat in the recessed luminaires that have their housings in the attic space. Although installation instructions for keeping insulation away from the luminaire housing may exist, the luminaire may be accidentally covered with insulation. Additionally, the lamp installed in the luminaire may be rated at a higher wattage than is intended for the luminaire, also causing excessive heat buildup in the recessed portions of the luminaire. What specifically is harmed by this additional heat? Luminaire wiring, branch wiring, lampholders, insulation and structural wood in the ceiling can all be affected by increased operating temperatures. Insulated wire degrades over time when operating above its rating and could short out causing a fire. If the metal luminaire housing operates over 90ºC and is in contact with the wood ceiling structure or cellulosic insulation, it can over time carbonize the wood or insulation, which may lead to possible ignition of the combustibles. Cellulosic insulation is typically chopped up newspaper, magazines or books, with an additive mixed in to suppress ignition for just this issue of contact with fixture housings. SHTPs are required to be provided, per Section 8.5 of standard UL 1598, in incandescent, high intensity discharge (HID) and fluorescent luminaires that are of the recessed type. Some exceptions when the SHTP is not needed are when the luminaire is installed in concrete, in the ground, or outdoors in uninsulated canopies. Other excepted types are fluorescent luminaires that have thermally protected ballasts and those luminaires that are defined as inherently protected Type IC. The inherently protected luminaires are those without SHTPs that are intended to be covered with insulation and still comply with the temperature limits of the standard, even if overlamped. Type IC means a luminaire intended to be installed in an “insulated ceiling” (to be differentiated from a Type Non-IC luminaire which is not intended for insulation contact).

First, the SHTP must be evaluated as a component using standard UL 873 (Temperature-Indicating and –Regulating Equipment). UL 873 contains special and specific requirements for SHTPs as found in Section 82. These requirements include evaluation of the enclosure and wiring of the SHTP to verify its ability to be installed in a luminaire without damage. The SHTP is additionally evaluated by up to a dozen or so electrical and mechanical tests such as strain relief, temperature calibration-verification, time calibration-verification, overload, endurance and a 10,000 ampere short-circuit current test. The SHTP is additionally subjected to a temperature test while installed in a special test box with two separate sources of supply. Figure 82.2 of UL 873 shows a typical SHTP temperature test setup (see figure 3). Then, the SHTP is evaluated in the end-use luminaire using the luminaire standard UL 1598. Typically, the SHTP is located in the luminaire away from the lamp area so as to be more sensitive to placement of insulation on the luminaire housing. Section 8.5 of UL 1598 contains the construction requirements for the use of SHTPs while several operational tests are contained in Section 16 including normal and abnormal temperature testing. In the abnormal temperature test, the recessed luminaire is actually installed in a ceiling and insulation is added in stages to completely cover the recessed housing, verifying the SHTP opens in a required time. Photo 2. Recessed luminaire mounted on ceiling with thermal insulation in contact with the housing

Third, of course, if the end-use luminaire is listed by an NRTL and subject to quarterly follow-up inspection audits, the protector is checked to be sure it is the same one as originally evaluated and installed in the luminaire as originally tested.

Basically, the SHTP will operate when the luminaire gets too hot which could be caused by several factors which are all quite likely to happen.

You do! A silent little device sits and actually does nothing for its entire life, but when called upon to act it will protect from overheating which may lead to fire. However, do not be lulled into thinking that the recessed luminaires in the ceiling overhead are all protected and can be ignored. Thermal protection for recessed luminaires has only been required by the standards for the last couple of decades or so. We should all remain vigilant in not overlamping any type of luminaire beyond its marked rating, and recessed luminaire housings should not be covered with insulation unless it is specifically marked for such use. If we see a luminaire that is “blinking” on and off over the span of several minutes, it is because that silent little device is trying to tell us something; trying to tell us that the luminaire is operating too hot due to insulation, overlamping or some other cause.

We all take for granted the light that comes on when we flip the switch upon entering a room and recessed luminaires are even less thought about because they are mostly out of sight. The tiny, when compared to the overall luminaire, SHTP waits for that time when something goes wrong and is called upon to open the circuit, to “blink the light,” which will draw attention to the situation causing the increased temperature and possible fire. 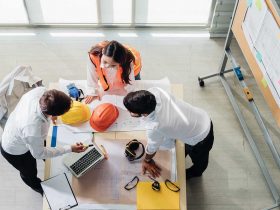 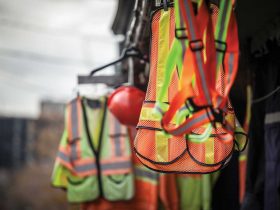