I grew up in the electrical industry. My father worked in electrical generation and distribution, so I had the privilege of seeing how electricity was generated from water, transmitted to a substation, and eventually into an individual home. My father was also an electrical contractor, and I was taught every aspect of electricity as it applied to installation in homes and businesses. I took great pride when I owned my own contracting company to see the homes and businesses filled with lights, busy with manufacturing activities, and bustling with people. I was excited to know that I was a part of that process. As an inspector, I take the National Electrical Code (NEC) very seriously. I have come to realize how important each and every item in this book are to electrical safety and protecting those who use electricity on a daily basis.

There is not a person alive who does not use this incredible power. But I doubt many realize how dangerous it can be if not installed and handled correctly. Few individuals will even realize the dangers that could be lurking inside their walls from a poor connection or an unlisted device. A fire can erupt without notice, and lives can be lost. Each wire that is installed, the box it is put in, the connections and devices used are all rated to withstand the possible fires that could erupt and thereby protect the unsuspecting user from harm. Smoke and fire alarm devices are not required by the NEC, but they are by the building code, and once installed, the boxes used to install them, and the conductors and connections used to connect them are regulated for safety by the NEC.

In my work for the Wyoming Department of Fire Prevention and Electrical Safety, I have really come to see how these two things work hand in hand. Electrical Safety is Fire Prevention. We have firemen who are well trained to fight fires that erupt.  We need to have well-trained electricians who know how to install electricity in order to prevent those fires from happening and inspectors that can assure these systems have been installed in a Code-compliant manner.

Every person who flips a switch, hops in a hot tub at the end of a long day, turns on a stove, a light, a furnace, air conditioner, fan, television, etc., should be able to do so without wincing in fear that they will be shocked or a fire could result. We all plug-in devices such as phones and computers to charge them for use. We should not have to be afraid that those devices will erupt into flames while we are away, or worse, while we are sleeping in a home that is not protected by smoke alarms or fire alarms. I am speaking from first-hand knowledge.

A few years ago, it was an external charging device that failed and caused my home to catch fire while I was away. I came home two hours later and found that everything inside was destroyed. This device was not listed by a third-party testing agency such as UL. Is this why it failed? I’ll never know, but I would have been more confident if it had been UL listed and tested against this type of catastrophic failure. When an electrician makes his or her installation, all of the items they use should be listed and labeled for the purpose. This means they have gone through extensive testing to make sure they can withstand the environment and purpose they are used for. That testing is not only to protect these items from damage, but it is done to protect the end user from failure and/or fire.

Every state should look at how well versed the installers in that state are with the NEC and advocate that their state adopts the most recent version of the NEC as countless updates and changes take place in each edition. As the electrical industry changes, so does the Code. There is a very conscious effort by many individuals on code-making panels and inside the industry to stay ahead of these industry changes before or as they happen. Their one concern is Electrical Safety.

Electricity, since it’s first conception and implementation, has been a dangerous commodity. But, because of conscientious individuals who have worked to implement installation safety codes and practices, it can be used by even the smallest and most vulnerable, our children.

It is my hope that everyone will see and understand the importance of the NEC and its use by installers and inspectors in providing safe installations and in fire prevention. 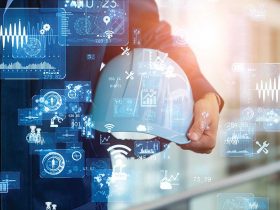