The first part of this series of articles provided a general understanding of the IEC and how it operates. Often more confusing though, to a new participant in the IEC, is the overall standards making process. This article will provide information on how to process an idea from its initial conception as a proposal, through its final publication as an international standard. Although there are several procedures in the IEC process for expediting development and approval of standards, based on the needs of industry, this article will address only the principle stages involved in the preparation of an IEC standard or a revision to an existing standard.

More detailed information on the drafting of international standards is covered in the following three IEC Directives:

Part 1: Procedures for the technical work

Part 3: Rules for the structure and drafting of international standards

Once the process is understood, the next question is, “How do I as an electrical inspector get my ideas and proposals included in this development process?” The final part of this article will outline the many ways an individual can participate in not only the IEC but also in the US National Committee of the IEC (USNC).

What is the IEC Standards Making Process?

As previously mentioned, there are streamlined procedures in the IEC which have been introduced to allow flexibility in the standards development process in order to get technical documentation into the marketplace quicker. Typically, these procedures allow for elimination of various stages in the process depending on the consensus of the committee and the need of the industry sector involved.

Following is a table, which summarizes the full six-stage process involved in the preparation of a new IEC standard or a revision to an existing standard. A brief description of each stage, along with its approval requirements, is given following the table.

Preliminary Stage
This stage is for those projects which are envisioned for the future. They are not yet at the mature stage where they may proceed to further development. They may need better definition of the project or more testing or data collection before they can enter the overall standardization process.

Proposal Stage
A proposal for new work typically comes from a specific industry through their National Committee. When submitting a NP, the proposer should make every effort to supply either a draft or outline of the proposal. They are also requested to nominate a Project Leader. The proposal is then circulated through all members of the respective Technical Committee or Subcommittee for a three-month ballot. The NP is approved if a simple majority of the P-members (Participating) vote positively and a minimum of four or 25% of the P-members agree to actively participate in the work and nominate experts.

Preparatory Stage
Once a NP is approved, responsibility for development of a Working Draft (WD) is delegated to a group of experts in a Working Group (WG). In most cases, the WD is prepared by the Project Leader of the WG (also referred to as Convenor in some WGs). This stage is complete when the WG has reached consensus on the draft and it is ready for circulation to the Technical Committee or subcommittee as a Committee Draft for Comment (CD).

Committee Stage
During this consensus-building stage, the CD is circulated to all P- and O-members of the Technical Committee or Subcommittee for comments. Once all comments have been resolved and consensus reached, the CD is ready to proceed to the next stage. Prior to being circulated as a Committee Draft for Vote (CDV); however, the draft must be in bilingual text, both English and French.

Enquiry Stage
At the enquiry stage, the bilingual CDV is circulated to all members for a five month voting period. This is the last stage where technical comments can be submitted. The CDV is approved if a two-thirds majority of the P-members are in favor and not more than one quarter of the votes cast by all members are negative. After the comments are addressed and resolved by the Committee, a revised version is prepared for circulation as a Final Draft International Standard (FDIS).

Approval Stage
At the approval stage, the FDIS is circulated to all members for a two-month voting period. At this time, members have to be very definitive in their voting; either positive, negative or abstention. Positive votes cannot include any comments. Negative votes should be accompanied by technical reasons substantiating the vote. The FDIS is approved if a two-thirds majority of the P-members are in favor and not more than one-quarter of the votes cast by all members are negative. If the FDIS is approved, it is then published. If it is not approved, it is referred back to the Technical Committee or Subcommittee for reconsideration.

Publication Stage
This stage is the sole responsibility of the IEC Central Office. Within two months following the approval of the FDIS, they publish and circulate the International Standard.

As mentioned in the previous article, full members of the IEC are National Committees. The official US member, through ANSI, is the United States National Committee of the IEC (USNC). ANSI does not develop any US positions; they only facilitate position development by establishing consensus among accredited US Technical Advisory Groups (TAGs). ANSI ensures that the TAGs follow its guiding principles of consensus, due process and openness.

Within the USNC, a TAG exists for each IEC TC or SC where the US is a P- or O- member. TAG membership is open to all “US national interested parties.” ANSI defines a US National interested party in its Rules of Procedure as, “any individual located in the United States, representing an organization, company, government agency or themselves, including US branch offices of foreign companies, that is directly or materially affected by the relevant standards activity.” The primary purpose of a TAG is the development and submission (through ANSI) of US positions on all the activities and ballots of the respective IEC committee.

Among the various responsibilities of a TAG, which are outlined in ANSI’s Rules of Procedure, is the nomination of US experts, project leaders and convenors to serve on IEC Working Groups. Each TAG will also select a Technical Advisor (TA), who serves as the chair of the group and is responsible for overall participation in the international committee’s work. Also in some cases, a TAG will appoint a Deputy Technical Advisor (DTA) to assist the TA in the everyday work of the group.

How do I participate in the IEC Standards Making Process?

The only way to influence the technical content of proposed international standards is to ensure strong US participation.

There are many areas in both the USNC and the IEC where you can participate as an electrical inspector. IAEI members can participate in the USNC by becoming a member of the TAG for the IEC committee that has the responsibility for their technical area of interest. This is easily accomplished by contacting either the TA for the TAG or the Secretary of the USNC. (This information is available on the ANSI website atwww.ansi.org) In some cases, TAGs are further broken down into WGs that correspond with the relevant IEC WGs. This also allows for further participation. There also exists the opportunity of becoming appointed as a TA or DTA of a TAG, once an opportunity comes available. IAEI does participate at the USNC management level, but an inspector’s expertise at the technical level is needed.

If you want direct involvement in the IEC standards making process, there are opportunities for participation in the IEC TCs, SCs and WGs. Since members of these committees are typically nominated and appointed by the respective TAG, it is recommended that you also actively participate in the corresponding TAG to the IEC committee of interest.

In the first two articles of this series, we’ve covered the IEC, its structure, the standards making process, and most importantly, where and how you can participate in activities that affect the electrical inspection community and the overall electrical industry.

You are probably thinking, “”Okay, I now understand the IEC, the USNC and how I can participate, but why should I?”” The final part of this series will cover the relationship of the IEC to world trade and the interaction between the IEC and the North American electrical safety system and how this impacts the inspection community. 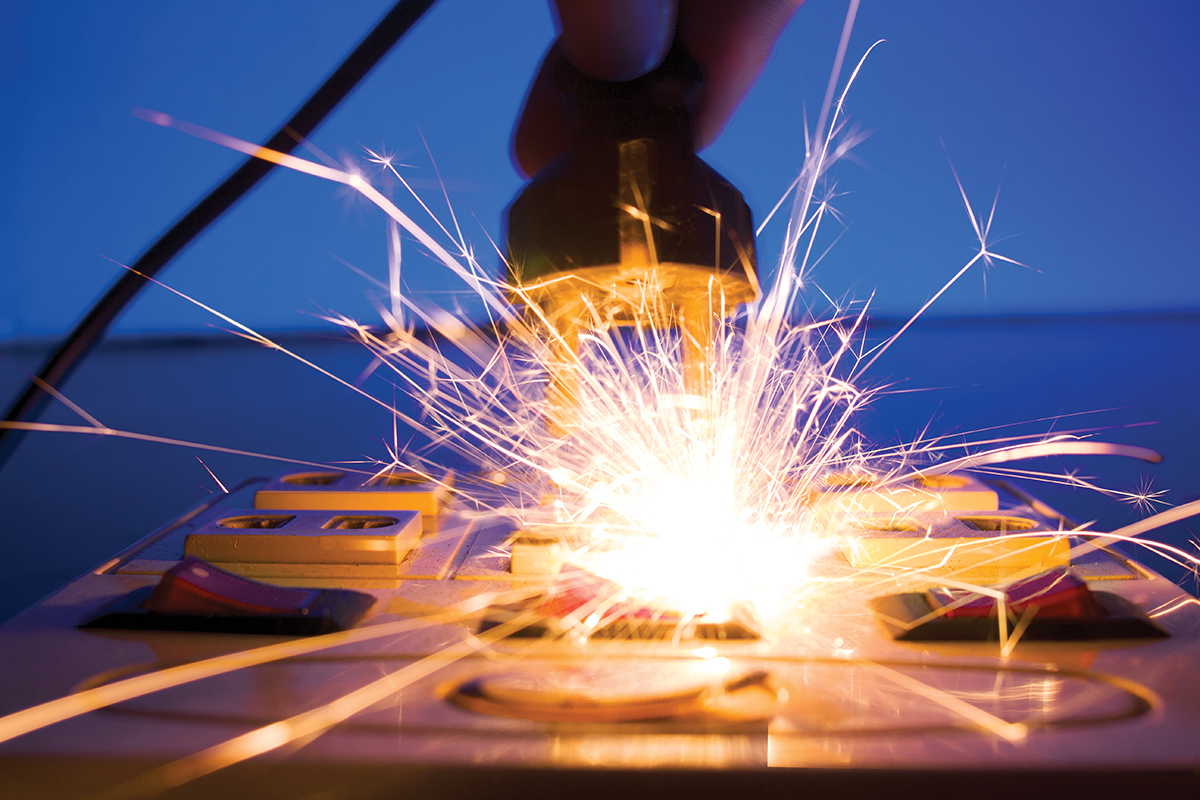 More than 90% of electrical fatalities among US workers are due to electrical shock. This number does not even account for the large proportion of injuries and fatalities that are often misclassified under a different cause of death.

How the IEC Relates to North America – Particularly IEC 60364

A Review of the Assured Equipment Grounding Conductor Program

An assured equipment grounding conductor program (AEGCP) is a method of protection for personnel against ground-fault current flow through the body.