There are two significant changes that electrical inspectors must be cognizant of with the new zone classification system. First, all zone-rated equipment can be used in Division 2, which is 90 percent of classified areas. Second, zone-rated products will have different markings and labels. Before getting into the details of these requirements, it may be useful to examine the background of these Code changes. This paper will briefly describe the explosion-protective techniques and sort out the differences for electrical inspectors in equipment and installations.

Much has been written about electrical code changes and the way North American industries classify hazardous areas. The National Electric Code (NEC) and Canadian Electrical Code (CEC) have changed to give those in North America choices on how to classify hazardous areas, the types of equipment that can be installed, and how to wire future installations. What is all the commotion about and how does it affect you and the equipment you build, purchase, and install? Change brings challenges, opportunities, hurdles, and sometimes chaos. North American industries have historically classified hazardous areas as either Division 1 or 2 based on the NEC or CEC. Now, with the changes to both codes, hazardous areas containing gases and vapors (Class 1) can be reclassified as Zone 0, 1, or 2. An oversimplification of this example is shown in Table 1.

Table 1. Comparison of Zones and Divisions Division 2 is equivalent to Zone 2, while Division 1 is either Zone 0 or 1. Zone 0 is reserved for those areas continuously hazardous (e.g., inside a vented fuel tank), so other Division 1 areas would be classified as Zone 1.

In a Division 1 area, vapors and gas emissions are assumed to be present during normal operations. Because of regulations requiring reduced emissions and cost pressures, North American industries have “declassified” many hazardous areas from Division 1 to Division 2 over the last two decades.

Section 501.1 of the NEC allows the use of all zone-rated equipment in Division 2

The general rules of this Code shall apply to the electrical wiring and equipment in locations classified as Class I in 500.5. Equipment listed and marked in accordance with 505.9(C(2) for use in Class I, Zone 0, 1, or 2 locations shall be permitted in Class I, Division 2 locations for the same gas and with a suitable temperature class.

Electrical inspectors must pay close attention to the marking requirements in 505.9. A typical zone equipment marking is as follows:

Area Classification:This is only for Class I areas which contain volatile gases and vapors. The zone location will be identified in the U.S., but not required in Canada.

Most zone-rated equipment is rated for IIC which encompasses Groups A, B, C, & D.

Equipment is marked to show the operating temperature at 40°C. The temperature classification system between the division and zone system has remained the same except that the traditional division system has additional subcategories of T Codes. Why Change in North America?

North American industry has grown accustomed to the division classification system. Plants in the U.S. and Canada are safe and operating efficiently. So why change to a new classification system? The business world continues to shrink and most companies are thinking globally. Many industrial users and manufacturers wanted a harmonized, international standard so that a new plant built offshore would have the same equipment and installation standards as one built domestically. This would allow them to take advantage of a single sourcing of materials and less expensive alternatives not always available elsewhere. The U.S. and Canada debated the merits of classifying hazardous areas as zones instead of divisions for over 20 years. It was unlikely that the U.S. and Canada could change the IEC standards; therefore, the 1996 NEC allowed zones to be used and Canada quickly followed in its 1998 code.

Today, the zone method of classification is the preferred method in Canada. However, U.S. petrochemical plants have not changed their standards and still classify their hazardous areas according to the division system. Over 90 percent of the areas are classified as Division 2 as opposed to the more expensive Division 1 locations. The zone concept has been much more readily accepted in the oil patches of western Canada and with OEMs who build products for use around the globe.

The most obvious difference is that division-rated products are usually metallic with a U.S. or Canadian origin. Zone-rated products, on the other hand, are usually associated with European designs employing more plastics. In reality, it is the form of protection used that is really the major difference. To understand this look at control stations

Understanding the Differences in Zone Vs. Division Installation Methods

Terminations are the key to understanding the difference in the installation methods of zone- and division-rated equipment. Increased safety is a protection technique used in the zone classification system that allows non-explosionproof enclosures (normally nonmetallic housings) to be used in Zone 1, even though only metallic explosionproof enclosures are required and used for Division 1 locations. A major difference between the two systems is that under the IEC zone system wire terminations rated as increased safety are not considered sources of ignition. Terminations are tested to ensure that they do not heat up or vibrate loose and have sizable creepage and clearance distances to prevent arcing. Under the division system, wire terminations are considered sources of ignition as it is assumed they could vibrate loose, short out and create an arc. Figure 1. This results in major differences in the way products are designed. A good illustration is the push-button control stations shown in figure 1 Figure 2. In a Division 1 area, the contact block must be housed inside an explosionproof enclosure rated for the area

In a Division 1 area, the terminations are considered ignition sources. If volatile gases and air accumulate inside an explosionproof enclosure and are ignited by the spark from a wiring fault on the terminals, the enclosure must contain the explosion. As the hot gases escape the enclosure by passing across a flat or threaded or serrated joint, they cool so they can no longer ignite gaseous mixtures in the hazardous area. Figure 3. If the contact block is rated flameproof with increased safety terminals, the switch can be housed in a nonmetallic enclosure that has a suitable environmental protection rating to protect against moisture and dust, as shown in figure 3.

In a Division 1 area, the contact block must be housed inside an explosionproof enclosure rated for the area (see figure 2).

Under the zone concept, wire terminations are not considered an ignition source if they are rated as increased safety. If the contact block is rated flameproof with increased safety terminals, the switch can be housed in a nonmetallic enclosure that has a suitable environmental protection rating to protect against moisture and dust, as shown in figure 3.

Which Is Less Expensive?

Determining which system is safer, less expensive, or easier to install is very difficult — somewhat like comparing the metric and U.S. systems of measurement. Each has its own merits. Usage depends on user preference, how the areas are classified, and the wiring systems used in the facility. However, some points are clear. For products approved for use in Europe, twist-on connectors or wire nuts are not allowed. Some form of terminal blocks or screw terminals must be used. North American wiring methods will not be quick to abandon using twist-on connectors in favor of terminal blocks for branch circuits, especially when both systems are safe when they are installed properly. The $64,000 Question: Will Using the Zone System Save Money? First of all, the users in North America have done an excellent job of squeezing costs out of the supply chain. Secondly, they also have the best of both worlds as the Code allows the use of zone-rated equipment in the popular Division 2 locations. Other than a few exceptions, there will not likely be significant cost savings between zone- and division-rated products. Users must look to their lifetime ownership costs of the products and whether the area is better suited for metallic or nonmetallic products.

Users can save big bucks immediately with Zone 2 restricted breathing HID light fixtures (Intech — October 1999). Restricted breathing enables one to use higher wattage fixtures, and thus fewer fixtures, in Division 2 locations. There are also nonmetallic distribution panel boards, control stations and fluorescent lights that have more options for emergency use and monitoring usage. One must weigh the installation costs of these products.

What Are the Installation Costs?

This usually depends on the wiring methods used. While conduit wiring remains steady, there is a growing trend toward the use of cable. In hazardous areas, this normally means some type of armored cable or a power limited tray cable (PLTC) for instrumentation or low power circuits. Canada embraced TECK (a type of armored PVC jacketed) cable a decade ago in favor of conduit. There are initiatives in western Canada to go one step farther and abandon TECK in favor of a less expensive non-armored cable for Zone 2 locations. This will reduce installation costs significantly.

With most areas classified as Division 2, North American users have the best of all worlds. They can use any Zone 0, 1 or 2 rated product as well as any Division 1 or 2 rated product in their hazardous areas. While it may be difficult to detect costs savings on a line item of materials, there is a wider selection of products to choose from. Thus, users can select from metal or plastic with cable or conduit entries to suit their particular environment. If the area is subject to corrosion, then there are new corrosion resistant enclosures available. If the location is subject to a high degree of mechanical abuse, then metallic products may offer a lower ownership costs.

Paul Babiarz
View More Posts
Paul Babiarz is manager of business development for Cooper Crouse-Hinds, a leading manufacturer of electrical products for hazardous locations. He has a B.S. from the University of Rochester; a M.S. from University of Michigan; and a MBA from Syracuse University. Paul has over twenty years of experience in hazardous areas and has published over 35 technical publications on the subject. He is a senior member of IEEE and serves on the executive subcommittee of the Petroleum and Chemical Industry Committee as Chair of the International Subcommittee. 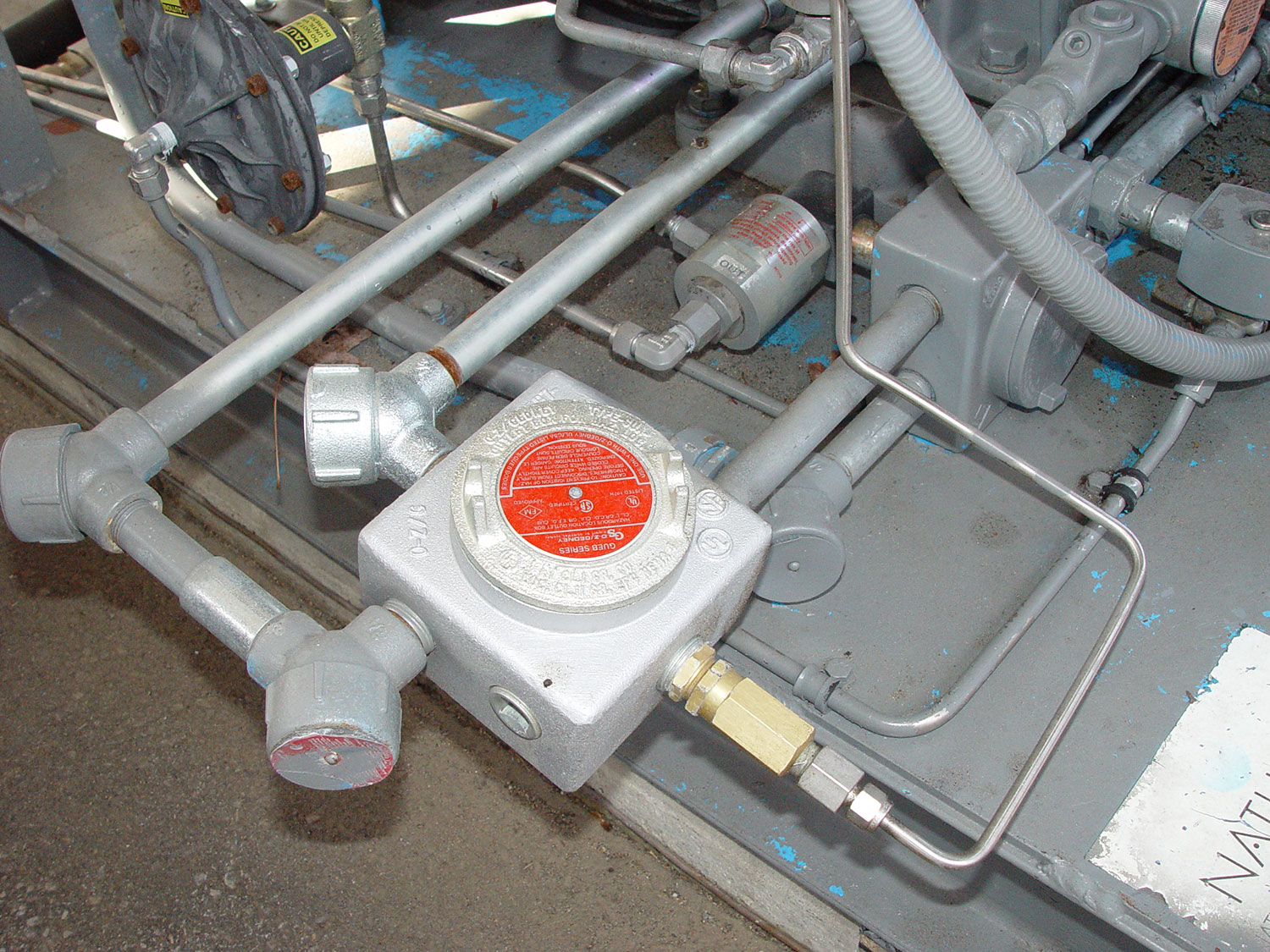 Some of the most intimidating work that an authority having jurisdiction (AHJ) can encounter involves hazardous (classified) locations and what classification those areas will carry. 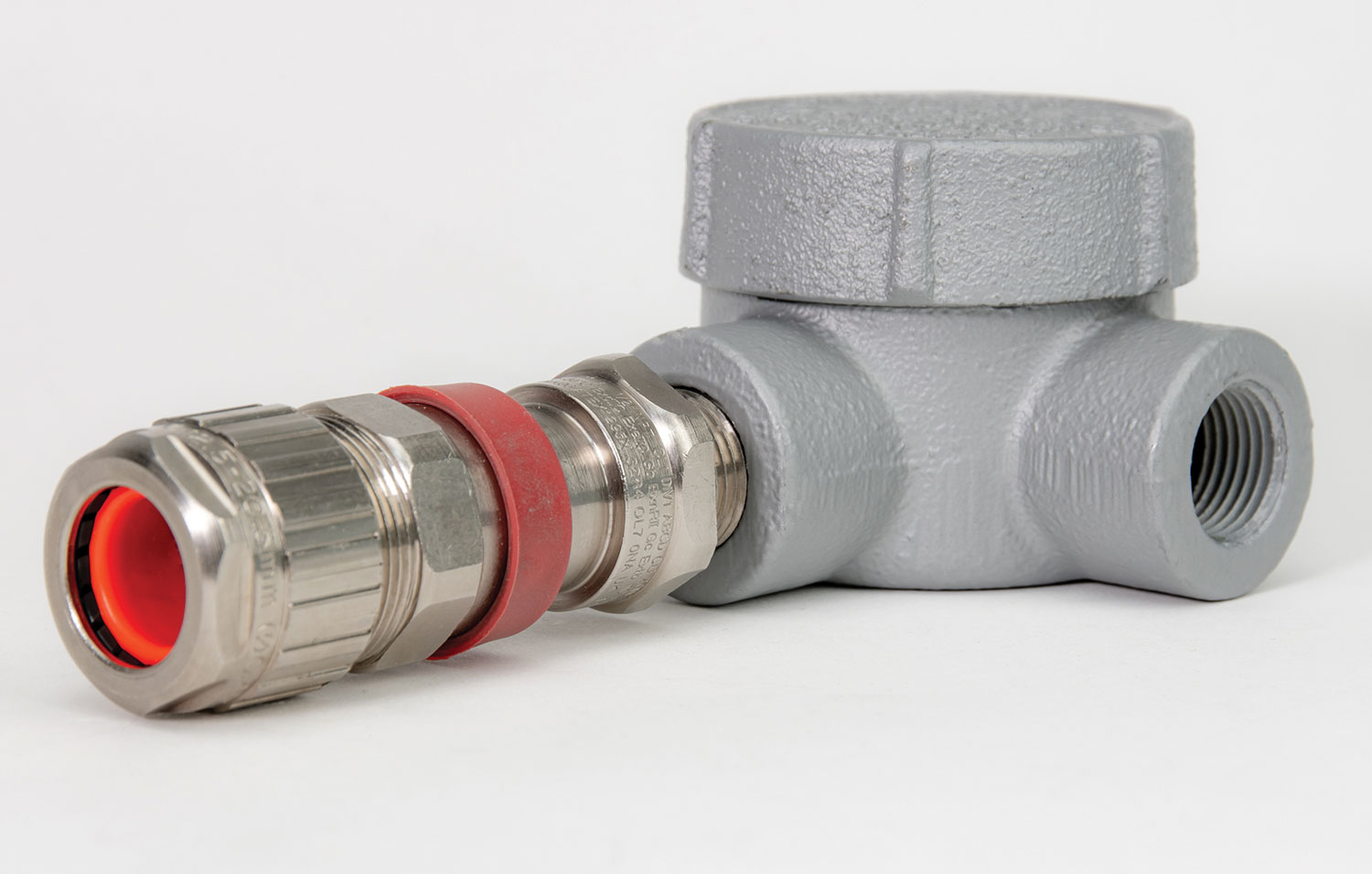 Does this project need a Class 1 Division 2, Listed and marked cable fitting? 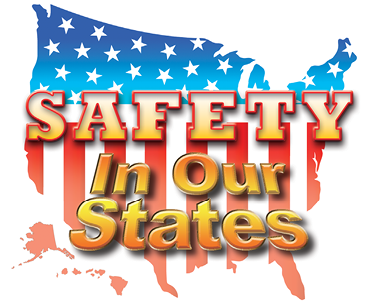 Zone-selective interlocking (ZSI) has been in practical use since the mid-1980s. This technology was created to speed up the tripping time for some faults within a zone of protection without sacrificing selective coordination and interjecting nuisance tripping into the system.