Inquiries from Parts I and II

Is it a requirement that AFCIs be installed at the time of an electrical service change or upgrade to an existing installation?

The enforcement of the AFCI requirements is a common question that must be communicated by the authority having jurisdiction. New dwelling construction or the addition of a bedroom is being consistently enforced as requiring AFCI protection of the branch circuit. The two questions that arise are: 1) Is AFCI required for the addition of an outlet in an existing bedroom? 2) Is the AFCI protection required when a service change / upgrade occurs and the protection of those branch circuits are re-inspected?

How can an inspector verify that wiring to a bedroom is connected to an AFCI at the time of a rough-in inspection?

Several manufacturers of test devices have announced availability of devices that will trip an AFCI if the circuit is energized. We have no information on the reliability or safety of such devices. If the circuit is not energized, a continuity check of the wiring back to the AFCI can be made.

Can multiple bedrooms be connected in the same AFCI circuit?

The NEC does not establish restrictions on the number of bedrooms served; however, 210.11(B) establishes provisions that the load be evenly proportioned among the branch circuits and the circuit must be capable of serving the computed load.

There were 60 proposals to revise 210.12 of the NEC. A rough breakdown of the proposals included these points.

The breakdown is rough because some of them included multiple proposals or variations of these points. Those not included in this count had specific wording or other detail that is beyond our intent to cover here.

Needless to say, code-making panel 2 (CMP-2) members had to do some careful evaluation of these proposals and establish the appropriate course to set for AFCI requirements.

210.12 Arc-Fault Circuit-Interrupter Protection.
(A) Definition. An arc-fault circuit interrupter is a device intended to provide protection from the effects of arc faults by recognizing characteristics unique to arcing and by functioning to de-energize the circuit when an arc fault is detected.

Exception: The location of the arc-fault circuit interrupter shall be permitted to be at other than the origination of the branch circuit in compliance with (1) and (2).

(1) The arc-fault circuit interrupter is installed within 1.8 m (6 ft) of the branch circuit overcurrent device as measured along the branch-circuit conductors.

(2) The circuit conductors between the branch circuit overcurrent device and the arc-fault circuit interrupter shall be installed in a metal raceway or a cable with a metallic sheath.

The panel made two fundamental changes.

1. The revision requires the installation of the combination AFCI. This is the AFCI that combines fixed wire protection with extension and appliance cord protection as described in Part I of this series of articles.

2. The language will allow the combination device to be installed at the panel or within 6 feet of the panel. The portion of the branch-circuit conductors between the panel and the AFCI device must be in metal conduit or a metal-sheathed cable.

Let’s explore some of the discussion points arising from the proposals.

The proposals to expand coverage to locations beyond dwelling unit bedrooms included a number of prospective areas:

CMP-2 did not act to expand coverage beyond that of the 2002 NEC. As we have seen in previous parts of this article, there are various types of AFCI with different levels of protection to understand. There are also a number of proposals to delete the requirement.

Deletion of the requirement

The action of CMP-2 shows that the panel continues to support AFCI protection. Among the items mentioned to substantiate deletion of 210.12 were:

Let’s look briefly at each of these.

Those who have actually witnessed AFCI testing have found that they perform to the intended requirements of UL 1699, Standard for Arc-Fault Circuit Interrupters. They operate properly with the arcing current levels indicated in Part I of this series of articles. They have also found that they detect real conditions that occur in service. One prominent submitter of a proposal to delete the requirement sent a letter to CMP-2 asking them to withdraw his comment. He witnessed the effective protection demonstrated by the AFCI on arcing conditions and even on glowing connections that had progressed to be a potential fire hazard.

Others have stated disappointment that the presently available branch/feeder AFCI is not required to detect arcing current below the 75-ampere level. This means that they cannot detect lower level series arcs unless they are line-to-ground (L-G) arcs. Lower level arc detection enhances circuit protection. The authors point out that the branch/feeder AFCI is providing a significant degree of protection on the branch circuit and cords that was not available before. As the “combination” AFCI becomes available, it will provide the lower level series detection desired for the entire branch circuit including full protection of cords connected at outlets.

Analyses have been done, for example by the Consumer Product Safety Commission (CPSC) in a memorandum dated 3/10/03, that generally show that the added cost of AFCI protection is lower than the monetary cost of results of fire it would offset. Although monetary values are assigned to injury and death, the value of avoiding these conditions cannot be expressed financially. Protective devices such as the AFCI provide an element of security along with the protective function. The AFCI is a circuit protection device.

Much has been done with construction requirements that make new housing resistant to fire. The trend illustrated in an annual report by the National Fire Protection Association titled, “”The U.S. Fire Problem Overview Report”” is a slow reduction of numbers of fires annually. With these facts, the question about whether AFCIs are needed is reasonable. However, there are two key counterfacts that support installation of AFCIs.

Even though the trend is toward fewer fires, the number of fires remains significant. Adding protection such as AFCIs is intended to drive the trend sharply lower.

Fire evidence illustrates that the materials that are ignited are frequently organic electrical insulation such as wire insulation and not building materials. The ignition mechanism begins with a small leakage current tracking over the surface of insulation in the form of an arc. The extremely hot arc chars the insulation causing carbon to form. The carbon is ignition fuel and is also an electrical conductor instead of an insulator. Insulation is excellent as an electrical and thermal insulator until exposed to the extreme condition of an arc. Then it becomes ignition fuel and sustains the ignited fire until other materials are ignited.

Evidence that arcs cause fire

Fire investigators are split on views regarding whether electrical causes of fire are legitimate, let alone whether electrical arcs are a cause. The contention is that inexperienced personnel at a fire scene who are required to fill in a form that includes fire cause are sometimes tempted to check “electrical” when another cause is not obvious. As we ask deeper, we find that all investigators recognize that electrical causes exist and a number of them have provided evidence of electrical causes. The question is really about the percentage of fires that are electrical and the possibility that some are arson fires reported as electrical. However, reports from the National Fire Incident Reporting System as compiled by NFPA and CPSC are the best information available and show sufficient consistency from year to year to be considered applicable.

Square D Company has collected evidence from actual fires in order to study the mechanism under which fires start. These items confirm that electric arcs start fires. Among the many items collected are:

CMP-2 did not elect to exclude alarm circuits, including those with smoke detectors, from the requirement in 210.12. However, a revision to NEC 760.41 was proposed and accepted in the ROP stage by CMP-3 that requires fire alarm circuits to not be supplied through AFCIs or GFCIs.

Protection of appliance and extension cords

This topic received considerable discussion by CMP-2 members. Protection of both fixed wiring and appliance and extension cords had been desired from the start. The response was that the AFCI device to be installed must be the “combination” AFCI. The name “combination” here means that it combines protection of fixed wiring with protection of cords. That means that it is required to detect arcs at levels down to 5 amperes, including series arcs, parallel arcs and L-G arcs.

There is likely to be discussion regarding availability of these devices during the comment stage of the revision cycle since only two manufacturers have announced products that meet the requirements.

CMP-2 made no changes regarding replacement or retrofit for AFCIs. See also our response to the first question above under “Inquiries from Parts I and II.” 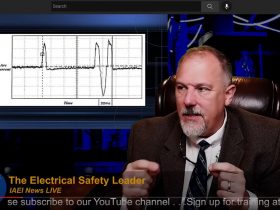