We Canadians and our American friends use the same language, English, to communicate among ourselves and with each other. We generally take it for granted that we will understand each other, but unfortunately that doesn’t happen automatically. This is often true, especially when we attempt to discuss precise, technical stuff such as the electrical code.

Therefore, in this article, I thought it might be good to explore a few of the more familiar terms used in our Canadian Electrical Code (CEC) and match them against the expressions used in the U.S. National Electrical Code to communicate the same information.

Here are a few examples:

Isolated System.In CEC Rule 10-206(1) we find out that an isolated system is one that is: “”grounded and not conductively connected to a distribution system.”” This could be an electrical supply from a lighting transformer, battery bank, generator or a photo-voltaic system. One of the more common examples, an isolated system is very often a 120/208-volt system supplying lighting and receptacles, when it is transformed from a 600-volt office building distribution system. The NEC uses the words separately derived system to denote this same electrical supply method.

Continuous Load. In CEC Rule 8-104(3), a continuous load is defined as an electrical load that:

A simpler way to put it, in both cases, a load is considered continuous when it’s on for over 50 percent of the time. Only residential loads would automatically be considered non-continuous. The NEC uses the identical term, but with a more simple definition. The NEC defines a continuous load more simply as: “a load where the maximum current is expected to continue for three hours or more.”

So here’s a primer for all you snowbirds who faithfully take along your code book as reading material on your Florida vacation. As with all other articles, you should consult with the electrical inspection authority in each province or territory as applicable for a more precise interpretation of any of the above. 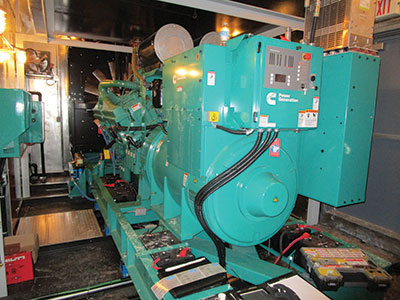