As we look at the PV array in a PV system, we find that many installers and inspectors are confused by the new system voltage calculations that may be required by the Code specific to PV systems. Code fine print notes (FPN) also address voltage drop that may be applied to the dc wiring from the array to the inverter. This article will cover both of those subjects. A PV module or a string of series-connected modules has a rated open-circuit voltage (Voc) that is measured (and labeled) at 25 degrees Celsius (C) [77 degrees Fahrenheit (F)]. This voltage increases from the rated voltage as the temperature drops below 25°C. It is necessary to calculate this voltage at the expected lowest temperature at the installation location to ensure that it is less than the maximum input voltage of the inverter and less than the voltage rating of any connected cables, switchgear, and overcurrent devices (usually 600 volts). Since parallel connections of strings do not affect the open-circuit voltage, the number of strings connected in parallel is not involved with this calculation.

Section 690.7 in the 2008 NEC requires that the open-circuit voltage (Voc) of a PV array be determined at the lowest expected temperature at the installation location where module temperature coefficients are available. In previous editions of the NEC, Table 690.7 could be used to determine a multiplier that was applied to either the module or string (series connection of PV modules) rated Voc. The table can also be used under the 2008 NEC where module temperature coefficient data are not available.

The rated Voc is measured at 25°C (77°F) and is printed on the back of the module and in the technical literature of the module. To use the table, all one has to do is to determine the lowest expected temperature, look up the factor from the table for that temperature (which ranges between 1.02 at 24°C to 1.25 at -40°C), and multiply the factor by the rated Voc.

We could also calculate the string voltage at rated conditions first and then apply the temperature factor. In this case, the 12 modules in series would have a string open-circuit voltage of 12 x 35 = 420 volts at 25 degrees C. Then we apply the 1.16 factor and get 1.16 x 420 = 487.2 volts; the same answer as before.

While the table is still valid and has been refined with 5°C increments, new modules may have different technologies than the silicon module technology used to develop the table.

For example: The Voc temperature coefficient is given as

If we apply the coefficient, we can see that the percentage change in Voc resulting from this temperature change is

Eleven of these modules could be connected in series and the cold-weather voltage would be 11 x 50.67 = 557.37 V, and that voltage is less than the 600-volt equipment limitation.

Other PV module manufacturers express the Voc temperature coefficient as a millivolt coefficient. A millivolt is one, one-thousandth of a volt or 0.001V.

If we install it where the expected low temperature is -30°C (-22°F), then we have a 55°C degree change in the temperature from 25°C to -30°C. Again, we must work in degrees Celsius since that is the way the coefficient is presented.

Millivolts are converted to volts by dividing the millivolt number by 1000.

Let us suppose that the inverter maximum input voltage was listed as 550 volts. How many modules could be connected in series and not exceed this voltage? We take that maximum inverter voltage of 550 volts and divide it by the cold-weather open-circuit voltage for the module of 78.2 volts.

Eight modules could not be used because the open-circuit, cold-weather voltage would exceed 550 volts.

Where do we get the expected lowest temperature? Normally, this temperature occurs in the very early morning hours just before sunrise on cold winter mornings. The PV modules are, in many cases, a few degrees colder than the air temperature due to night-sky radiation effects. The illumination at dawn and dusk are sufficient to produce high Voc, even when the sun is not shining directly on the PV array and has not produced any solar heating of the modules. A conservative approach would get weather data that show the record low temperatures and use this as the expected low temperature. Other data show more moderate low temperatures associated with the data used to size heating systems. However, these data are not widely available. The National Renewable Energy Laboratory (NREL) maintains data on a web site that shows the record lows for many locations in the US.

Also, weather.com has some of these data on file accessed by zip codes

In most silicon PV modules, the module short-circuit current does increase very slightly as temperature increases, but the increase is so small as to be negligible at normal module operating temperatures. It is normally ignored.

Fine print notes are not part of the Code—at least until the AHJ reads them, and then they become part of his or her personal code.

In the common, utility-interactive PV system, the PV array may operate at a nominal 48 volts to voltages near 600 volts. With nominal, peak-power, and open-circuit voltages to deal with, the installer and inspector are sometimes in a quandary as to how to calculate the voltage drop from the PV array to the inverter.

The utility-interactive inverter will normally operate in a manner that keeps the array voltage near the peak-power voltage (also called the maximum power point). While this voltage can vary with temperature, and temperatures vary considerably, using the rated maximum power point voltage and current of the modules results the easiest method of calculating voltage drop.

A typical PV array may have a single string of ten modules in series connected through 200 feet of 10 AWG USE-2/RHW-2 conductors to the inverter. The maximum power point numbers for the module are:

For a single string of 10 modules, the string maximum power point numbers are:

Table 8 in Chapter 9 of theNECgives conductor resistance per 1000 feet at 75°C.

The total conductor length (both ways) must be used in the calculation and this is 400 feet.

The current at the maximum power point is 5.5 amps. Voltage drop is found by multiplying this current by the conductor resistance:

Expressed as a percentage, 2.278/550 x 100 = .496% or about 0.5% and that is much less than the FPN recommendation of three percent for most circuits. Of course, the losses in the PV dc disconnect were not counted, but they are typically less than one percent on these circuits.

If this article has raised questions, do not hesitate to contact the author by phone or e-mail. E-mail: jwiles@nmsu.eduPhone: 575-646-6105

A color copy of the latest version (1.8) of the 150-page,Photovoltaic Power Systems and the 2005 National Electrical Code: Suggested Practices, published by Sandia National Laboratories and written by the author, may be downloaded from this web site: http://www.nmsu.edu/~tdi/Photovoltaics/Codes-Stds/Codes-Stds.html

The Southwest Technology Development Institute web site maintains a PV Systems Inspector/Installer Checklist and all copies of the previous “Perspectives on PV” articles for easy downloading. Copies of “Code Corner” written by the author and published inHome Power Magazineover the last 10 years are also available on this web site: http://www.nmsu.edu/~tdi/Photovoltaics/Codes-Stds/Codes-Stds.html 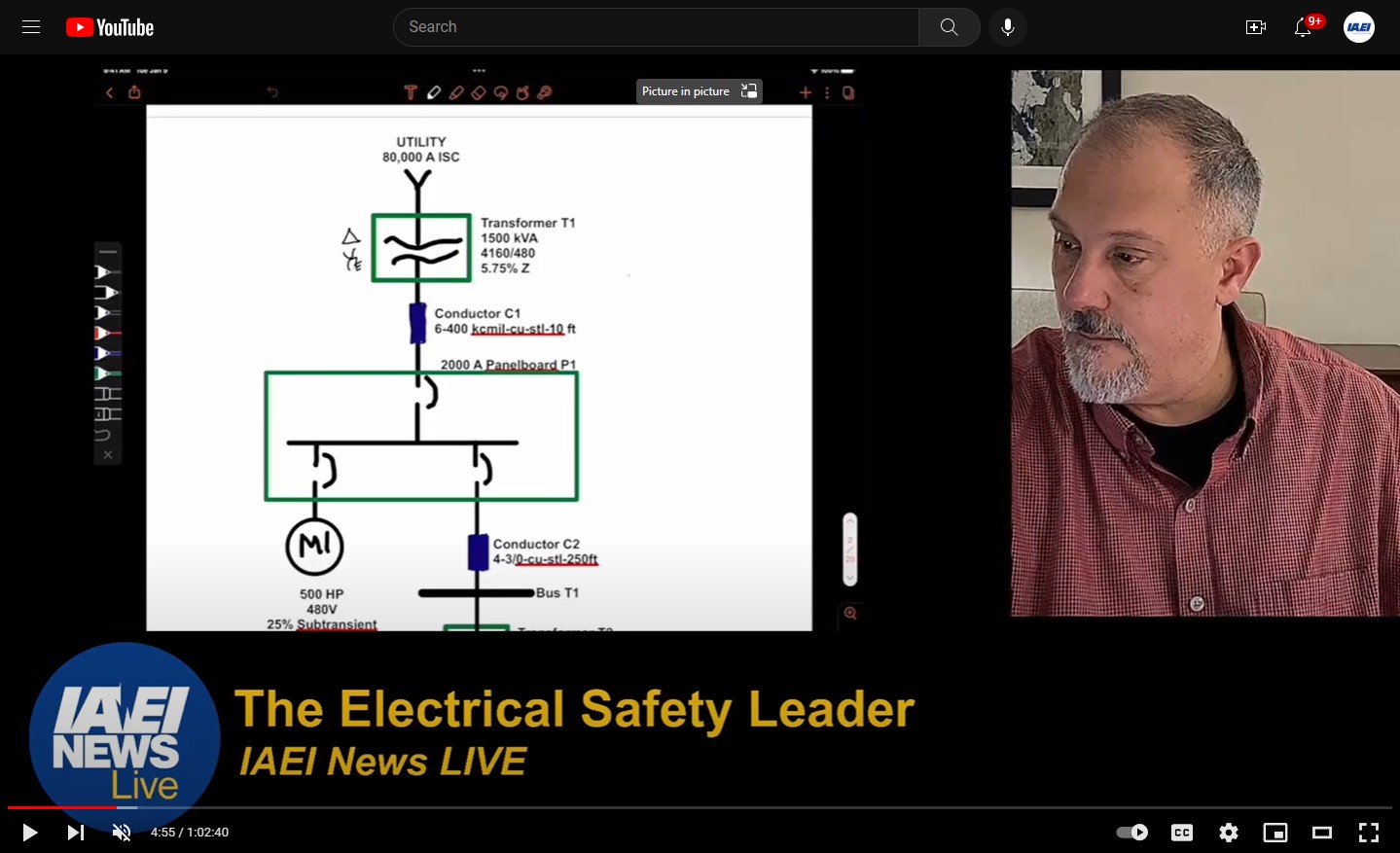