Imagine, if you will, the world’s most efficient lighting system; a system so efficient that it provides all the lighting needed by a 100-person workforce for  the fantastically small sum of just $100 per year; that’s $1 per person per year. Can a lighting system be any more efficient than that?

Yes, it can, says National Lighting Bureau Chair James M. “Jim” Yorgey, P.E., LC, CTS: “While having a highly efficient lighting system is important, it’s even more important—from a bottom-line point of view—that the lighting system contribute to the enhanced efficiency of other systems that are affected by lighting, human systems in particular.”

Mr. Yorgey, whose “day job” is being Lutron Electronics Company’s technical applications manager, pointed out that “light is for people. The better people can see, the faster and more effectively they can perform whatever visual tasks they happen to be working on.” As it so happens, almost all tasks performed in commercial, industrial, institutional, and other buildings are visual tasks. “Huge bottom-line benefits are attainable by providing an illuminated environment designed to accommodate the needs of the tasks involved, the space where they’re being performed, and the people who are performing them,” Mr. Yorgey said.

Consider as a hypothetical example a 100-employee operation that spends $5,000 each year on the energy needed for lighting. The operations manager decides to invest in high-efficiency lighting and she’s delighted with the result: The new system cuts the energy consumption by 50% and the utility bill plummets to $2,500 per year. That’s efficient…or is it?

If the new system’s design is less than optimal, and if as a result worker productivity falls by a seemingly tiny amount —just 0.5% per year—the efficiency gained by the new lighting would come at a continuing cost that would far outstrip the value of the energy savings, even though the savings would be far more visible, showing up on the utility bill each month. Assuming, again, hypothetically, that the organization pays each employee an average $35,000 per year (including salary or wages and benefits), the 0.5% productivity shortfall would create a hidden cost of $17,500 per year. In other words, the new, high-efficiency lighting system would not save $2,500 annually; instead, it would create a net cost of $15,000 per year. 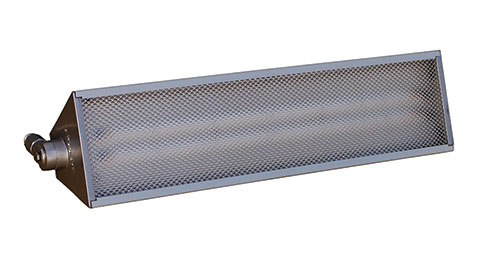 “As so many Bureau case histories point out,” Mr. Yorgey said, “it’s often easy to derive significant energy savings from a new system or system upgrade that improves productivity by 1%, 2%, or more. The key is to rely on lighting designers who are skilled and experienced with the type of lighting and lighting control needed to do the job.” In that scenario, new lighting for the hypothetical example could still reduce energy consumption by 50%, saving $2,500 per year, while increasing productivity by 0.5%, to create an annual savings of $20,000.

Productivity is not the only issue of concern, Mr. Yorgey noted, commenting that good lighting with the right controls can contribute to increased retail sales, improved security, better safety, lower insurance premiums (because of fewer accidents or other lighting-related improvements), higher building resale values (as when better shopping-center parking-lot lighting stimulates nighttime sales), increased and lengthened tenancies, and more. “What we’re talking about is High-Benefit Lighting,” Mr. Yorgey said, citing a term the Bureau created years ago to designate lighting systems that are designed for the tasks, spaces, and people involved. “The bottom-line and other benefits derived from a High-Benefit Lighting system continue year after year after year. They can easily justify the relatively small, additional investment in high-quality design and equipment usually needed to achieve the benefits. And it’s a true investment; a one-time payment that can generate continuing, high-value benefits for as long as the system is in place and properly maintained.”

Looking for a lighting designer? More than 350 lighting designers have listed themselves on the NLB website; the Bureau has also developed guidance to help people make effective designer selections. 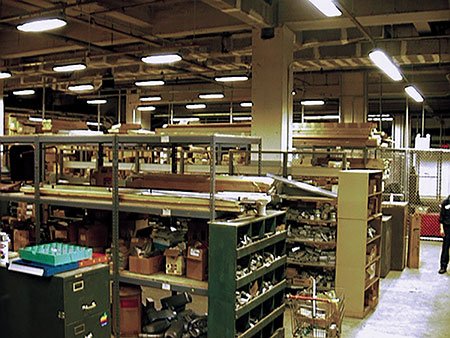 The National Lighting Bureau is an independent, IRS-recognized not-for-profit, educational foundation that has served as a trusted lighting-information source since 1976. The Bureau’s services—all provided free of charge—are 100% dependent upon the funding provided by its sponsors: professional societies, trade associations, manufacturers, and agencies of the U.S. government, now including, among others:

John P. Bachner
View More Posts
Obtain more information about the Bureau by visiting its website (www.nlb.org) or by contacting its staff (info@nlb.org or 301/587-9572).