A National Standard of Canada, CAN/CSA-B72-M87 Installation Code for Lightning Protection Systems provides guidance on lightning protection. The following information may be found in the standard.

Lightning results from the build-up of an electrical charge on a cloud. When this charge has built up to a sufficient level, a lightning stroke to earth may result. The stroke is essentially an electric spark and it acts as a conductor for the electric charge stored in the cloud. Consequently, throughout the duration of the stroke, an electric current flows between the cloud and the earth. This current may reach many thousands of amperes. The damage caused by lightning is mainly due to the very high current flowing in the lightning stroke. Lightning damage can be tremendous when the current flows in a poor conductor or when an arc flows between conductors.

The fundamental principle in the protection of life and property against lightning is to provide a means by which a lightning discharge can enter or leave the earth without resulting damage or loss. A low impedance path must be offered that the discharge current will follow in preference to all alternative high impedance paths offered by building materials such as wood, brick, concrete or stone. When lightning follows the higher impedance paths, damage may be caused by heat and mechanical forces generated during the passage of the discharge.

Most metals, being good conductors, are virtually unaffected by either heat or mechanical forces if they are of sufficient size to carry the current that can be expected. The metal path must be continuous from the ground terminal to the air terminal. Care should be exercised in the selection of metal conductors to ensure the integrity of the lightning conductor for an extended period. A non-ferrous metal such as copper or aluminum will provide, in most atmospheres, a lasting conductor free of the effects of rust or corrosion.

Properly located and installed, these basic components ensure that the lightning discharge will be conducted harmlessly to ground.

Conductors are provided to interconnect metal bodies to ensure that such metal bodies are maintained at the same electrical potential so as to prevent “”sideflashes,”” “”sparkover”” or the development of dangerous voltages. Surge arresters may also be provided to protect electrical equipment from dangerous overvoltages due to direct strokes or induction.

Metal parts of a structure may be used as part of the lightning protection system. For example, structural metal framing that has sufficient cross sectional area to equal the conductivity of main lightning conductors and is electrically continuous may be used instead of separate down conductors.

The installation of air terminals and intercepting conductors should be planned for all areas or parts likely to receive a lightning discharge. The aim is to intercept the charge immediately above the parts liable to be struck and to provide a direct path to earth, rather than to attempt to divert the discharge in a direction it would not be likely to take.

Conductors should be installed to offer the least impedance to the passage of the stroke current between the air terminals and the earth. The most direct path is best, and there should be no sharp bends or narrow loops. There should be at least two paths to ground, and more if practicable, from each air terminal.

Well made ground connections and ample contact with the earth are essential to the effective functioning of a lightning protection system. This does not necessarily mean that the resistance of the ground connection must be low, but rather that the distribution of metal in the earth or upon its surface in extreme cases should be such as to permit the dissipation of the stroke without damage.

Low resistance is desirable but not essential, as may be shown by a building on moist clay and a building on solid rock. In the first case, if the soil has low resistance, a ground connection made by extending the conductor 3m into the ground might be 15 to 200 ohms. Two connections on a small building may to be sufficient.

In the second case, it would be impossible to make a ground connection in the ordinary sense of the term because most rocks have high resistivity. In order to obtain effective grounding, other and more elaborate means are necessary. The most effective means would be an extensive wire network, which would be laid on the surface of the rock surrounding the building and to which the down conductors could be connected. The resistance to the remote earth of such an arrangement would be high, but at the same time, the potential distribution around the building, and the resulting protective effect, would be substantially the same as those of a building resting on conductive soil.

Grounding arrangements will depend upon the characteristics of the soil, from a simple extension of the conductor into the ground where the soil is deep and of high conductivity, to a buried network where the soil is of very poor conductivity. Where a network is required, it should be buried, as this improves its effectiveness.

When a lightning conductor system is placed on a building within or about which there are metal objects of considerable size within a metre or two of the conductor, there will be a tendency for sparks or sideflashes between the metal object and the conductor. To prevent this, interconnecting conductors should be provided.

Lightning currents entering protected buildings on overhead or underground power lines, telephone conductors or radio antennas are not necessarily restricted to associated wiring systems and appliances. Therefore, such systems should have protective devices.

As with previous articles, you should consult local authorities for a more precise interpretation of any of the above. 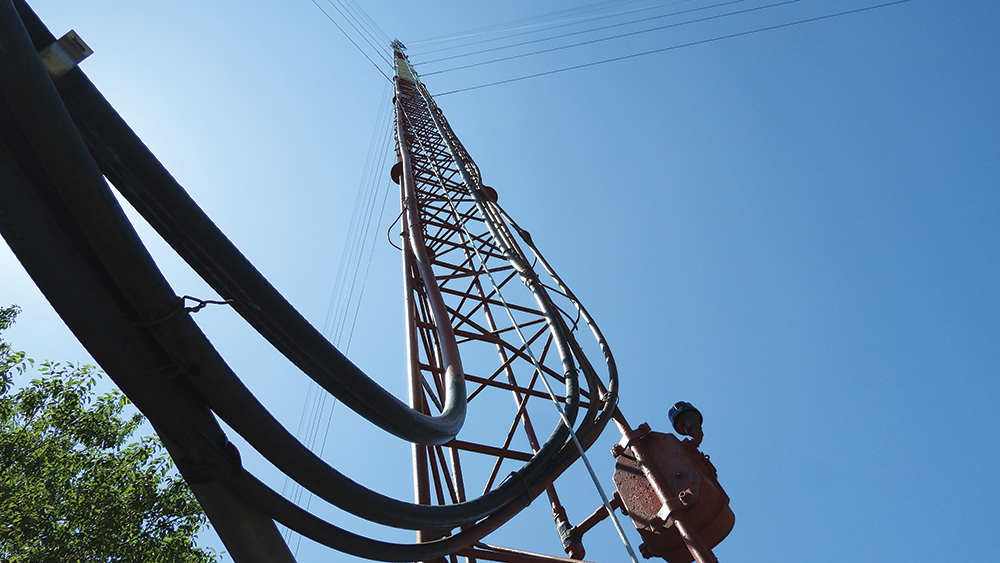 Costly damage and downtime are real problems for broadcast facilities operating in lightning prone locations. Fortunately, these problems can often be prevented and without expensive solutions.

Journey to the Future of 260-year-old Lightning Rod: Where lightning protection technology is going

This article focuses on the Franklin lightning rod, arguably one of Benjamin Franklin’s greatest achievements, through the scientific and engineering perspective in search of the future of lightning protection technology in the rapidly changing world. 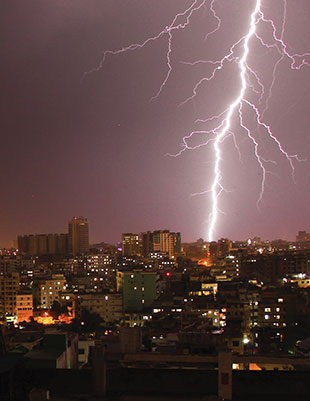 The proper selection, placement, and installation of surge mitigating products can help reduce the cost of lost equipment. So let’s explore this thing called surge.