Surge protective devices are available in many varieties, one of which is the transient voltage surge suppressor commonly referred to as TVSS. A TVSS may be permanently installed or may be of the cord-connected or direct plug-in style. Each type of TVSS is intended for use on the load side of the main service disconnect in circuits not exceeding 600 volts rms. The main service disconnect is considered to be the first overcurrent protective device between the distribution transformer secondary and the service entrance.

The basic safety standard used to test TVSS is UL 1449, the Standard for Safety for Transient Voltage Surge Suppressors. UL 1449 addresses construction items such as enclosure requirements, minimum wiring size for internal wiring as well as field wiring, acceptable spacings between circuits of opposite polarity or to metal walls of an enclosure, proper grounding means, and suitability of mounting to name a few. UL 1449 also contains testing, marking and installation instruction requirements. As well as containing the basic safety tests known to many UL electrical safety standards such as Leakage Current, Normal Temperature, Dielectric Voltage Withstand, etc., UL 1449 also contains a Measured Limiting Voltage Test. The measured limiting voltage is the maximum magnitude of voltage, measured at the output (leads, terminals, or receptacle contacts) of the TVSS during application of a test impulse of specified waveshape and amplitude. The Measured Limiting Voltage Test includes a duty cycle to determine that the surge suppression components can repeatedly limit the transient voltage surge test waveform without degradation.

During the Measured Limiting Voltage Test, it is verified that the average measured limiting voltages do not exceed the suppressed voltage rating marked on the product when subjected to a standard 1.2 by 50 microsecond (Figure 1), 8 by 20 microsecond (Figure 2) combination standard test waveform with the peak values shown in Figure 3. A component that is being subjected to the Measured Limiting Voltage Test is shown in Figure 4.

With TVSS devices it is important to read and follow all installation/operating instructions provided with the unit. At a minimum, the instruction manual for a permanently installed TVSS is required to contain instructions for installation including the minimum and maximum wire length and gauge sizes, the ampacity of the circuit the device is intended for use on, and the internal wiring methods showing location and routing. Instructions for mounting as well as an explanation of the purpose and function of any indicator features employed on the TVSS such as lights, audio indicators or the like should also be provided.

It is also important to understand and adhere to markings on TVSS devices. Permanently installed TVSS are required to be marked with the electrical ratings including the operating voltage rating, the ac power frequency and for certain devices, the load current rating. Permanently installed TVSS have a connection diagram and some TVSS devices may indicate a fault current rating as well as a requirement for the use of an externally connected fuse or breaker. When this marking is required by UL, it is important for consumers as well as code authorities to understand this marking means the TVSS device was tested at the specified fault current with the fuse or breaker installed during the Full Phase Voltage High Current Abnormal Overvoltage Test and the fuse or breaker operated during the test. Therefore, it is very important to make sure this marking is not ignored during installation of the TVSS.

Another marking of importance is the Suppressed Voltage Rating. The suppressed voltage rating is the rating or ratings selected by the manufacturer from the range of 330 volts peak to 6000 volts peak based on the measured limiting voltage determined during the Measured Limiting Voltage Test. 330 volts peak is the lowest and 6000 volts peak is the highest rating that may be marked on the TVSS based on the let-through voltage measured during the Measured Limiting Voltage Test. It is important to understand that a 330 volts peak suppressed voltage rating is not necessarily considered the “”best”” rating and higher peak voltage ratings are not necessarily considered “”worse”” ratings. TVSS devices should be chosen based on analysis of the transient problems that the TVSS is being used for and not only for the lowest suppressed voltage rating marked on the device. Many times a transient problem on a power system may require a combination of surge protective devices installed at critical locations within the power system. Surge arresters are subjected to aging tests as well as surge tests. With surge arresters as with TVSS devices is it important to read and follow all installation instructions and markings.

The surge protective device which may be the type that is most widely recognized by consumers is the cord-connected or direct plug-in TVSS device that is typically found under your desk or behind your television or stereo. These TVSS devices are also referred to as relocatable power taps, power taps or current taps. These taps with internal surge components provide surge protection to multiple outlets, phone jacks, or cable jacks so that vulnerable products such as your personal computer, printer, scanner, fax machine, phone, cable connection etc. can be provided with surge protection from one convenient location.

In summary, the propagation of surge protection devices will continue to increase. This article has provided some insight into types of surge protective devices, some of the safety tests they must undergo as well as installation locations. More information concerning surge protective devices can be found in the UL General Information for Electrical Equipment Directory or in the UL Electrical Equipment Construction Directory under the categories Transient Voltage Surge Suppressors (XUHT), Surge Arresters (OWHX), Surge Arresters, 1000 Volts and Higher (VZQK), Relocatable Power Taps (XBYS) or Current Taps (EMDV).

If you have questions concerning this article or surge protective devices contact Deborah Jennings-Conner at 919-549-1603 or Deborah.Jennings-Conner@ us.ul.com. 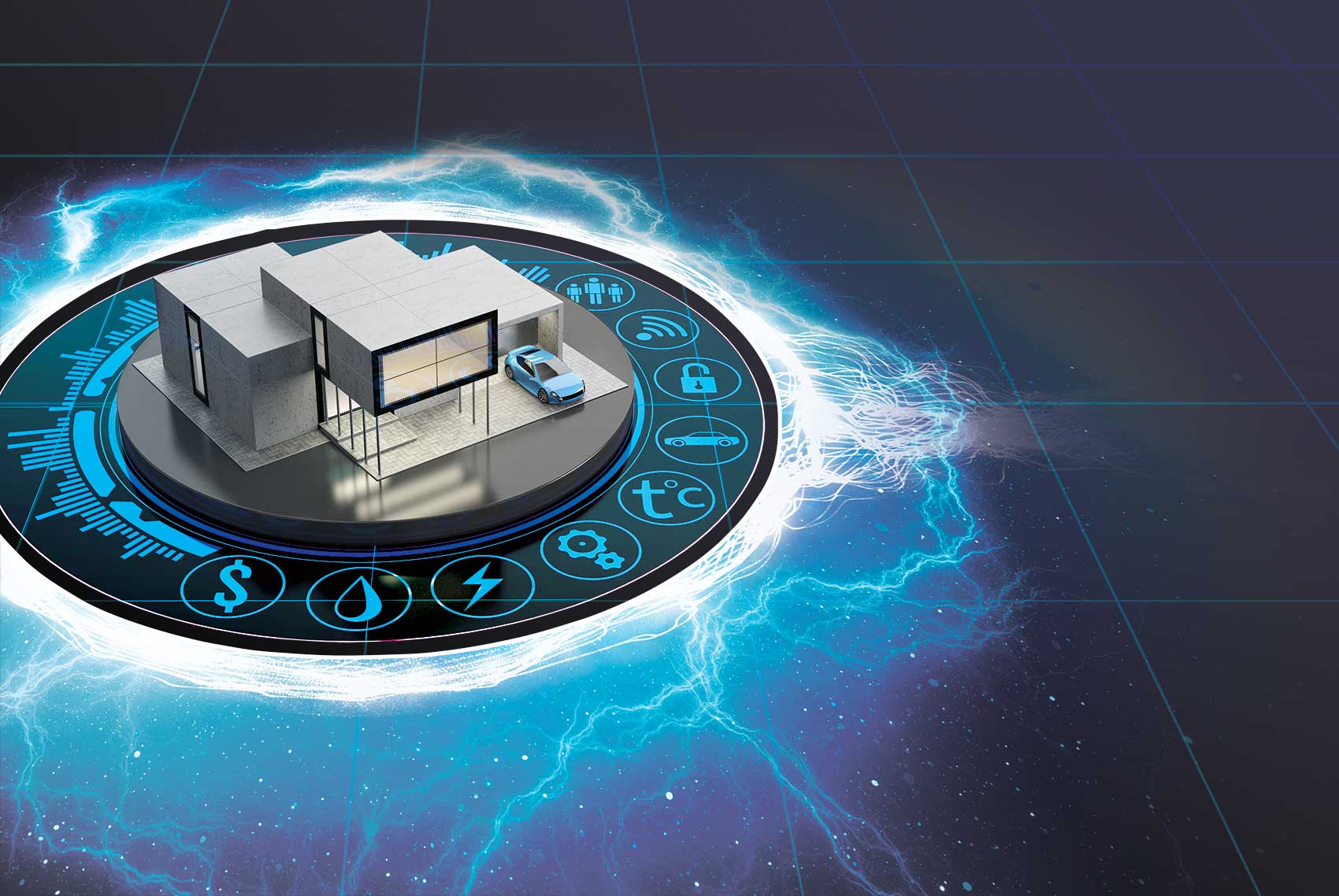 Whole house surge protection devices have been available for several years. The devices are normally installed at the service entrance/service equipment location. They can be sacrificial from large surges, but can also take multiple hits from smaller surges and continue to protect the home and sensitive electronic components. There are various types and designs of surge protective devices (SPD). 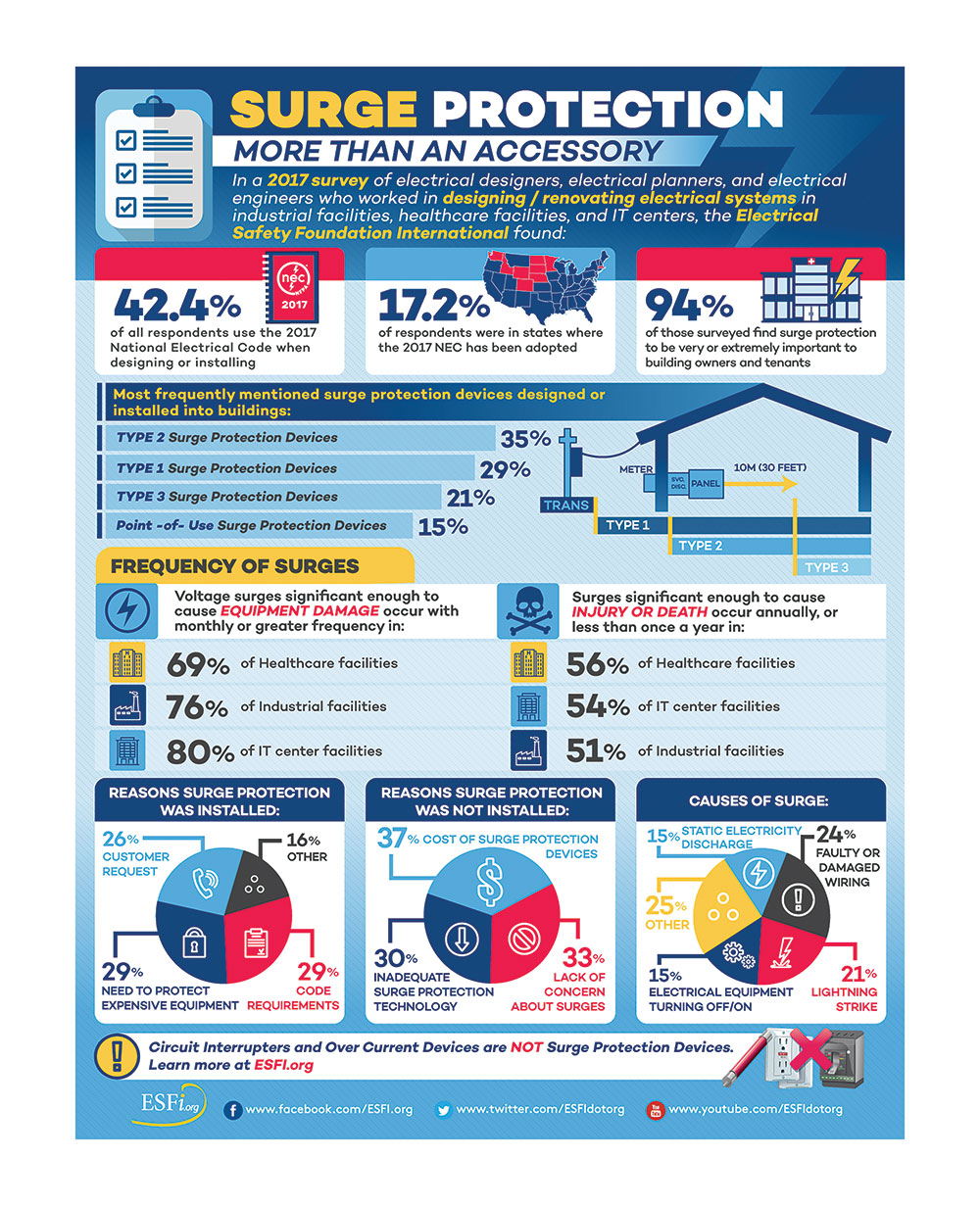