Aside from legendary cars, world-class beers and the first-rate manufacturing, being a German is not always easy, especially when you are outspoken about your love for the United States of America. But, ever since the powerful and inspiring victory in the FIFA World Cup [June 2014], it has become a little bit easier, especially because this victory could be foreseen purely by a closer look at the greatness of its team.

Getting ahead, reaching the pole position in both global and extremely competitive markets is not at all easy. But the good news is it is possible, and Germany has added an excellent example to this gallery of world masters with a simple but often forgotten recipe: a relentless focus on quality and the one thing that matters most, a team that makes success happen.

It does not matter if it is a corporate team, a sports team, or non-profit team. With over a billion people around the globe watching and commenting on the weaknesses of the individual players, it was not easy to resist the temptation of putting one’s ego before the team spirit. But, the whole team, every single player plus the coach, Jogi Löw, resisted and focused on the thing that matters most if you want to reach the top: remaining unassuming, polite, and focused on your goal. And being focused is something Germans excel in (sometimes so much that they appear over efficient, non-humorous and insanely organized). In the end, these team qualities paid off. They can well be used as an inspiration and analogy for any other team worldwide.

When remembering the matches of the World Cup — from the agonizing draw against Ghana, the respectable victory against the US, to the dominating win against Brazil — it becomes clear that this victory is not just a long-awaited gratification for a reunified nation; it is a masterpiece and blueprint for organizations and teams around the world that dare to exchange quick fixes and fast bucks for the biggest financial and emotional victories that fuel organizations for decades. In German, a Weltmeister is the best in class, the leader of the pack, the one who has reached the pole position. Establishing Weltmeister qualities pays off in multiple ways.

The following are five key qualities of a Weltmeister:

Putting the team first and implementing a serving attitude

The German team has several world-class players, all of them alpha males with long personal records of success. But, nevertheless, they never allowed one ego to step up and leave the others behind. They understood and were deeply convinced that by helping their teammates with a serving, instead of disserving, attitude, they would all reach the highest goal. Funny enough, the youngest talent on the team, Mario Götze, was the one that scored the final goal, pushing a whole nation into ecstasy. Any business or team leader can use this approach to establish the qualities of team spirit, a dedication to service and willingness to help one another within their team. By following this approach, teams help themselves grow towards a new level of success.

Following the roots of success is always an interesting process. In the case of the German victory, success was sourced from a continuous, relentless search for young talents and a bold investment, not only into their talents, but into everything that the team needed: new training facilities, diversified and trusting coaches as well as great relations on the inside and outside with external multipliers. Applying this quality to any business leads to a new look at anything that increases the team’s productivity. Those investments might sometimes hurt the bottom line in the short view, but they increase the success and profit in the longer run.

Reaching out for excellency

In our bottom-line focused world, customers often miss good old-world qualities and authenticity in leaders and brands. Reaching for nothing less than excellence requires a lot from everybody involved. It requires setting the highest goals in every form of quality: product quality, customer satisfaction quality, leadership qualities. For the Germans, this might be a bit easier since the term “Made in Germany” has been a long-term warrant for outstanding quality. Nonetheless, it is possible for any organization and individual to restart their own quest for excellence — and forever step away from mediocrity and failure customers regularly experience, even with established brands.

Being willing to pay the price

Sometimes the road to gaining, or regaining, the number one position is long. However, it is always worth it, as long as you are honest with yourself and the rest of your team about the price that comes with the package. In the case of the German team, the price was high. It included endless physical training sessions, competitive video analyses and enduring team development. Applying those actions into the business world also means a lot of persistence and work. It means precise attention to every detail in the production and sales process and keeping the team spirit up within the company even when it seems that all odds are against you. It means to set different priorities in each day’s work and going the extra mile for the customer.

Focus on inspiration rather than motivation

Motivation is yesterday´s music. Inspiration is today´s must-have for any world-class team because it comes from within a person and not from without. However, inspiration itself will not secure the trophy either. It has to be followed up with persistent, daily actions which are exactly what the German coach and any corporate leader can achieve. Inspiring a team instead of relying on old-world motivational patterns, like bonuses, followed up by a joint plan of action is the key to the big win. Jogi went for this strategy with his team, and so can you.

The good thing about these Weltmeister qualities is that you do not have to be a soccer fan to be able to follow and benefit from them. What this German soccer team showed game after game was not only impressive and inspiring. It was the best proof that everyone who is willing to pay the price for excellence can rise from the ashes of their past towards a successful future — regardless if it is a nation, a corporation, or an individual.

Many requirements in Article 406 are often overlooked or taken for granted, including many details on exactly how to install and properly use everyday devices that are probably the most used items within our electrical systems. 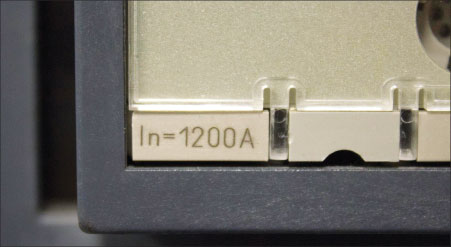 Now that the 2014 edition of the NEC has been published let’s look at what’s new in the requirement for arc energy reduction in Section 240.87. 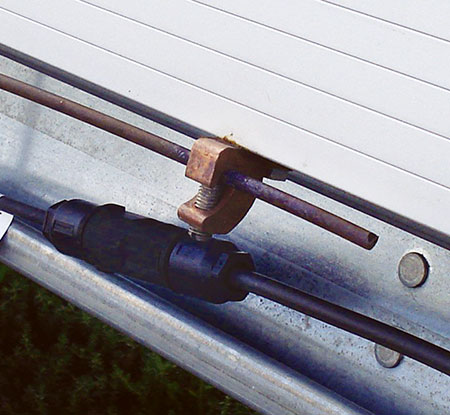 The Terminator: Devil’s in the Details

Sometimes we have a tendency to focus on the complex and assume the basics are common knowledge. A task like terminating conductors just may fall into that category.