Along with the ever-growing development of new technology for electrical components, smart lighting, and smart appliances, comes advanced electronic controlling systems. In simpler times, the use of relays, contactors, rheostats, and hard-wired switches took care of most residential lighting and appliance controlling applications

Practically all modern appliances are now controlled electronically with the majority of the circuitry installed on printed circuit boards. This can account for more efficient and advanced operation options, all loaded into a very compact space.

The benefits of advanced technology are many but also present a potential downside. Electronic circuits and components are much more sensitive and easily damaged than older hard-wired circuits. A printed circuit board can be destroyed by something as seemingly harmless as a static electrical charge. So, you can imagine the possible consequences that may occur in the event of a power surge.

Power surges and spikes can originate in many ways. Lightning strikes are probably the most common culprit. Power company switching, power restoration after black-outs, internal system surges, and automobile accidents involving power lines and transformers are also fairly common sources. A typical power surge generally lasts for only very short durations, sometimes measured in milliseconds. Even though they are short in time, the voltage and amperage can spike to very high levels.

Most homeowners have been aware of and have used surge protection devices to protect expensive electronics such as televisions, computers, and stereo equipment for many years. These devices are installed at the point of use and typically provide multiple receptacles. The surge protector is plugged into a wall receptacle, and the individual components are plugged into the power strip.

Whole house surge protection devices have been available for several years. The devices are normally installed at the service entrance/service equipment location. They can be sacrificial from large surges, but can also take multiple hits from smaller surges and continue to protect the home and sensitive electronic components. There are various types and designs of surge protective devices (SPD). They are listed and rated for their particular use and designated in the following types.

They primarily protect against surges from lightning strikes and utility capacitor bank switching. One drawback to this type is that there normally is no way to know if they are still functional. These were formally known as surge suppression arrestors (SSA). All types are now listed as SPDs.

Some manufacturers offer an SPD that takes the place of two single pole circuit breakers. These are multi-purpose in that they provide overcurrent protection for two branch circuits and also provide surge protection for the whole panel and downstream circuits. This type is usually available with either 20-amp or 15-amp breakers. Load centers are also available from some manufacturers with the SPD already installed. The installation procedure of SPD’s often varies from one manufacturer to another. Some require that the device be installed at or connected to the breaker at the top of the bus bar in the first available space. The logic behind this requirement is that the closer the SPD is to the incoming power source, the less the let-through voltage will be affected. Other manufacturers do not specify a particular location in the panel for the breaker. Breaker attachment Type 2 devices come with four wires and a threaded nipple for panel attachment. The wire leads consist of two ungrounded (hot) wires, a neutral, and an equipment grounding wire. The lead length should be kept to a minimum and should not be spliced to extend the length. This goes back to the same reasoning that longer wires will reduce the protection ability of the device.

Another variable is the recommended overcurrent protection of the breaker. They usually are offered in 15, 20, and 50-amp sizes. Some feel the larger breaker size is better because the protective breaker for the SPD could actually trip from an overcurrent load and disconnect the power to the device before it can absorb the surge and protect downstream equipment. There is some controversy on the 50-amp models because the wire leads are #12 gauge. Although the leads do not carry load current, some inspectors will not pass this installation, even though it meets the manufacturer’s specs. Type 2 devices typically have indicator LEDs to verify proper function. Many models offer connectors for low voltage telephone and cable TV hook-ups. Spikes and surges can travel over these wires as well.

“Point-of-use” surge protectors are typically either cord connected multi-receptacle power strips, direct plug-in SPD, or receptacle type SPD. These are located at the point of utilization of the connected equipment. These should still be used even if whole-house protective devices are installed.

There are also Type 4 and Type 5 devices but are not typically what an inspector will encounter in residential services and will not be discussed.

Joule—This is the rating of the amount of energy the SPD can absorb before it fails. The marketing descriptions of many SPDs use the joule rating as “the higher, the better.” Many engineers disagree with this assessment and promote the clamping voltage rating as being more important for protection.

Clamping voltage—Also called “let-through voltage.” This is the amount of voltage allowed to pass before the surge protector begins to absorb the energy from the surge or spike. Lower ratings provide better protection.

SCCR (short circuit current rating)– This is the maximum current the surge protector can handle in the event of a short circuit in the home’s wiring.

One benefit of working as an electrician for several years is getting first-hand opportunities to review many different electrical malfunctions and conditions. I would like to share some of these specific situations related to surges.

I was called out to troubleshoot and make repairs of several issues at an upscale home that had all the bells and whistles. The homeowners were out of town when a car crashed into a utility pole, causing the service transformer to short out. This caused a momentary surge on the electrical system of the home. When it was all said and done, they had lost the control boards on the hot tub, pool salt system, refrigerator, one condensing unit, control thermostat for a walk-in wine cellar, and 7 electronic dimmer switches. Their televisions and computers were spared, but one of the point-of-use surge protectors was severely damaged. The damage amounted to several thousand dollars. My repairs also included installing 2 types of whole house surge protectors (Type 2) in the main panels.

This call was to check out some loss of power to the receptacles in two bedrooms. It turned out that a surge had burned up the wiring on seven of the nine receptacles on the circuit. I’m still scratching my head trying to figure this one out because it only affected this one circuit and the wire damage only extended a few inches from each receptacle. You can see the extent of the wire damage in photo 6.

This was a line to neutral surge. The equipment grounding conductor wires appeared to be unaffected. The branch circuit breaker never tripped. The owner is fortunate that there was not a fire.

A type 1 SPD was installed on a control panel for a sewer pump lift station for a multi-family development. Although the device was sacrificed, there was no damage to the panel. The cost of replacement of the surge protector was minimal compared to the possible consequence of losing a sewer system for a 40-unit development.

What does all this mean to a home inspector or electrician doing a system evaluation?

The main thing to look for during an inspection is improper installations. Check the wiring as you would with other circuits. The most common mistake made is double tapping the SPD to an existing breaker or to the main lugs. This is usually done because there is no available space to install a dedicated breaker for the SPD. Another issue is when the device is not properly mounted. Sometimes they are just laying in the panel unsecured. Not only is this sloppy work, but it also prevents easy visual access to the status LED’s to assure the unit is functional. If installed outdoors, check to see in the device is properly rated. Some are not rated for outdoor use. No splices should be made to the leads to extend the length. Other than these above recommendations, there’s not much to it.

We as home inspectors and electricians have a responsibility not only to report defects in the home but also to make recommendations to improve the protection level of the home’s primary systems. Adding whole house surge protection is a valid improvement recommendation. I still am amazed at how many high-end homes I inspect that do not have this protection. Why do owners of million-dollar-plus homes not spend $300-$400 to have this protection installed? Because they are unaware! Nobody ever offered this information to them. Occasionally, the electrical contractor will offer this upgrade, but not often….at least where I live and work. In my opinion,  home inspectors should include whole house surge protection as a recommendation in their reports.

Several proposals were made for the 2011 NEC to require SPD installation in all dwellings. The proposals were rejected due to a lack of “reliable support data.” The topic resurfaced in discussions for the 2020 NEC, resulting in adoptions and changes. Former Articles 280 and 285 were combined and moved to the new Article 242, which was created to address “overvoltage protection.” Section 230.67 was also added to require Type 1 or Type 2 SPD installation on all services at new construction dwellings. The device must be installed in the service equipment or immediately adjacent to it. The requirements must also be met for service upgrades of existing dwellings. Among other requirements, they “shall be listed” and “shall” be marked with a short circuit current rating. At present, there are no industry standards to determine an acceptable level of protective ratings of surge protectors.

I have no scientific data to support my beliefs on the value of surge protectors. I have, however, installed somewhere between 30 to 40 Type 2 SPDs over the past 18 years. At first, I was a little unsure as to the effectiveness of their protection. I have asked all of my clients to contact me if they incur any damage or if the unit fails. I even offered free labor to replace the unit to encourage them to call me. I’ve yet to have a call back. Not a scientific study, but I’m now convinced they do work, and I do recommend SPD installation on my home inspections. I would encourage others to do so, as well.

Mike Twitty
View More Posts
Mike Twitty began his home inspection business in 2004 after retiring from a 30-year career at Ford Motor Company where he worked as an industrial electrician. Mike is a licensed electrician in Tennessee and is a certified electrical inspector by the IAEI and is certified by ICC as a residential building inspector and residential electrical inspector. He attended the University of Tennessee and later graduated from Nashville State Technical Institute, majoring in photography and communications. Mike serves on the ASHI technical review committee and has taught numerous seminars for home inspectors. He has authored several nationally published articles on electrical inspections. 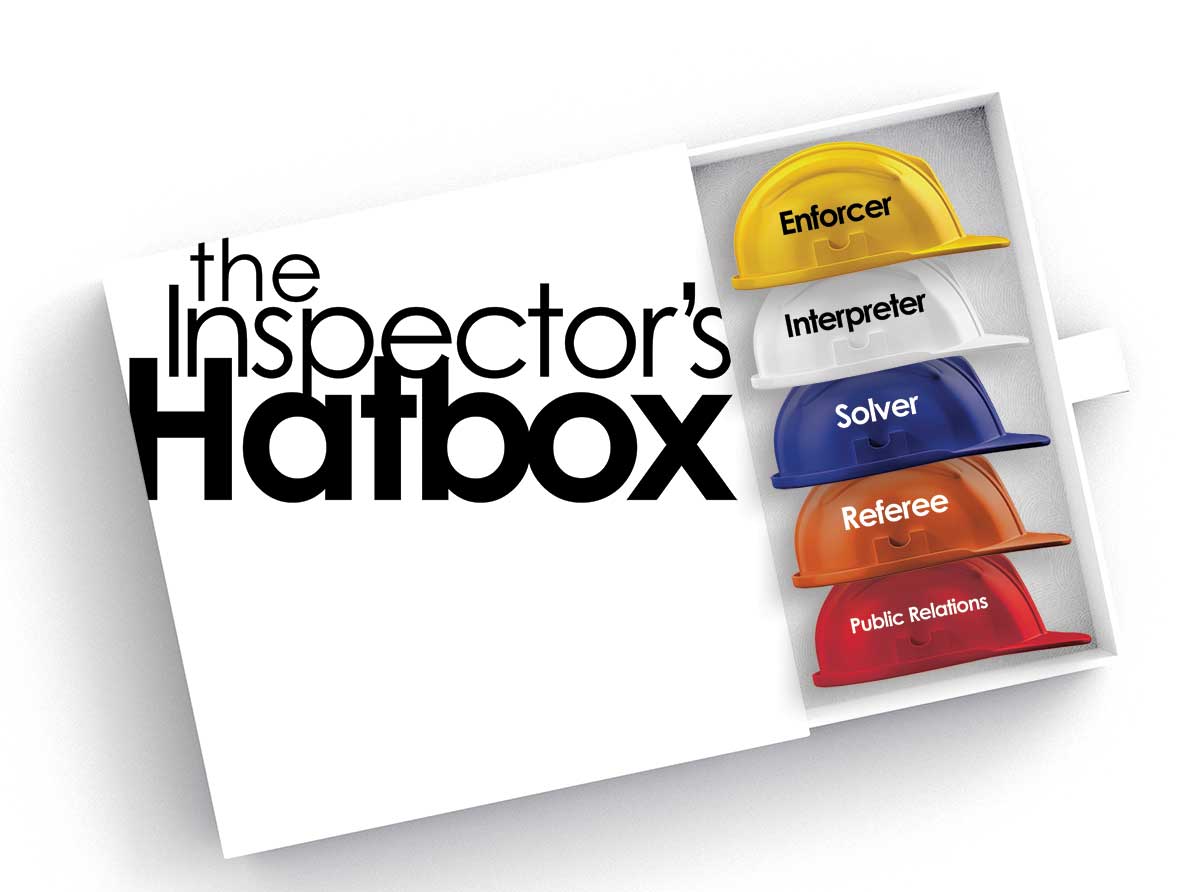