Most electrical inspectors are aware that confusion about wire temperature ratings and equipment termination temperature requirements will likely result in a rejected installation. Information about this topic can be found in the National Electrical Code (NEC), testing agency directories, product testing standards and manufacturers’ literature, but many electrical system installers and designers typically do not consult these resources until after their installation has been rejected.

While this can be a frustrating situation for the installer or designer, it can be equally frustrating for an electrical inspector, who could receive pointed questions about why an installation was flagged. Being armed with the facts about what the NEC says about wire temperature ratings and terminations can not only justify the judgment an inspector makes, but also creates an educational opportunity. In other words, an inspector who is willing to teach can help ensure that future installations are correctly approached by the installer or designer.

The importance of temperature ratings

Conductors are assigned a specific temperature rating based on the type of insulation utilized. Common insulation types can be found in Table 310.13 of the NEC, and corresponding ampacities can be found in Table 310.16. Table 1 in this article shows the ampacity of a 1/0 copper conductor based on different conductor insulation types. The ampacity depends on the temperature rating of the insulation. At the same ampacity, a smaller conductor with higher-rated insulation can be used instead of a larger conductor with lower-rated insulation. As a result, the amount of copper and even the number of conduit runs needed for the job may be reduced. For example, consider a circuit breaker with 75°C terminations and a 150-A load. If a THHN conductor (90°C) is chosen for the job, review Table 310.16 in theNECand look for a conductor that will carry 150 A. Although a 90°C conductor is being used, ampacity must be chosen from the 75°C column because the circuit breaker termination is rated at 75°C. Based on the table, a 1/0 copper conductor is acceptable. The installation would be as shown in figure 1, with proper heat dissipation at the termination as well as along the conductor length. Had the temperature rating of the termination not been a consideration, a 1 AWG conductor might have been chosen, based on the 90°C ampacity. This may have led to overheating at the termination or premature opening of the overcurrent device due to the smaller conductor size (see figure 2). Equipment rated for 100 A or lower

For equipment with termination provisions for circuits rated 100 A or less or marked for 14 AWG through 1 AWG conductors,NEC110.14(C)(1)(a) items 1 thru 4 allow conductors to be used based on the following four conditions:

2. Conductors with higher temperature ratings provided the ampacity is determined based on the 60°C ampacity of the conductor (see figure 4).

3. Conductors with higher temperature ratings, provided the equipment is listed and identified for use with such conductors (see figure 5). 4. Conductors for specific motor applications (see figure 6). This permission is specific to Design B, C or D motors because those motors are temperature-evaluated with conductors based on 75°C ampacity according to National Electrical Manufacturers Association NEMA MG-2.2

Equipment rated higher than 100 A

For equipment with termination provisions for circuits rated above 100 A or marked for conductors larger than 1 AWG,NEC110.14(C)(1)(b) items 1 and 2 allow conductors to be used based on the following conditions: When terminations are inside equipment such as panelboards, motor control centers, switchboards, enclosed circuit breakers and safety switches, it’s best to follow the temperature rating identified on the equipment labeling instead of the rating of the lug itself. Manufacturers commonly use 90°C-rated lugs on equipment rated only 60° or 75°C. Using the 90°C-rated lug in this type of equipment does not allow the installer to use 90°C wire at 90°C ampacity. In equipment rated higher than 600 V, the effect of the conductor as a heat sink is minimized, and ratings higher than 75°C are available.NEC110.40 recognizes that conductors with sizes based on the 90°C ampacity can be used in installations higher than 600 V. An example of how 90°C wire might be used at its 90°C ampacity is shown in figure 9. Note that the conductor does not terminate directly in the distribution equipment, but in a terminal or tap box using 90°C-rated terminations. Frequently, manufacturers are asked when distribution equipment will be available with terminations that will permit 90°C conductors at 90°C ampacity. This would require not only significant equipment redesign (to handle the additional heat), but also coordination of downstream equipment … where the other end of the conductor terminates. Significant changes in the product testing/listing standards also would have to occur. A final note: Some equipment requires the conductors that are terminated in the equipment to have an insulation rating of 90°C but an ampacity based on 60 or 75°C. This type of equipment might include 100 percent-rated circuit breakers, fluorescent lighting fixtures, etc., and is marked to indicate such a requirement. Installers/designers should check with the manufacturer of the equipment to see if they need to take into account any special considerations.

One advantage for conductors with higher insulation ratings is when derating factors are applied. This advantage is noted in the last sentence of NEC 110.14(c): “Conductors with temperature ratings higher than specified for terminations shall be permitted to be used for ampacity adjustment, correction, or both.” Derating factors may be required because of the number of conductors in a conduit, higher ambient temperatures or internal design requirements for a facility. By beginning the derating process at the ampacity of the conductor based on the higher insulation value, one may not be required to upsize the conductor to compensate for the derating. Installers/designers should bear in mind the following points (see the accompanying sidebar for an example):

• The ampacity value determined after applying the derating factors must beequal toorless thanthe ampacity of the conductor based on the temperature limitations at its terminations.

Number of conductors per terminal

The NEC contains some key references regarding how many conductors can be terminated in a single terminal. NEC 110.14(A) has a blanket statement requiring that terminals for more than one conductor shall be so identified. This means that the terminal (or terminal bar) would have to be identified to accept more than one conductor. For equipment that contains a terminal or terminal bar, this identification is generally found on the wiring diagram or some other label on or inside the product.

Assume a 480Y/277 V ac, three-phase, four-wire feeder circuit to a panelboard supplying 200 A for non-continuous fluorescent lighting load. Further assume that the conductors will be in a 40°C ambient temperature and the conductors originate and terminate in equipment with 75°C terminations.

Thus, 211 A is less than the 75°C ampacity of a 250 kcmil copper conductor (255 A), so the 211 A would now be the allowable ampacity of the 250 kcmil conductor. Had the calculation resulted in a number larger than the 75°C ampacity, the actual 75°C ampacity would have been used as the allowable ampacity of the conductor. This is critical, since the terminations are rated at 75°C. Note that the conductor size was reduced by one size (300 kcmil to 250 kcmil) and still accommodated all of the required derating factors for the circuit. This is the primary advantage of using 90°C conductors.

Note that in the 2002 NEC, a change was made to add the last sentence to 110.14(C)(1) that states “Unless the equipment is listed and marked otherwise, conductor ampacities used in determining equipment termination provisions shall be based on Table 310.16 as appropriately modified by 310.15(B)(1) through (6).” This sentence makes it clear that the ampacities of conductors at terminations are to be based on Table 310.16 and not the other tables in Article 310. Other tables may be applicable for the conductors in a specific environment, but in all cases, the ampacity at the termination must be based on Table 310.16. For instance, a single conductor installed in free-air may have its ampacity determined by Table 310.17. Examples of those circumstances where this may be useful include ambient derating and installation in a cable tray (see Article 392). However, at the point where the conductor is terminated in equipment, the ampacities of Table 310.16 will govern. This may require that a larger conductor be used or that the conductor size be changed prior to entering the equipment.

Proper termination of conductors is a critical part of a safe electrical installation. The ampacity assignment of a conductor is impacted by not only the physical characteristics of the conductor, but the connected equipment as well. Inspectors that are intimately aware of the appropriateNECrules are in the position to educate installers and designers so they can avoid a rejected installation, but more importantly, help ensure proper terminations in the future.

1. The equipment sizes and ampacities shown in the figures are arbitrary. The rules apply to any equipment rated 100 A or lower.

2. Safety Standard for Construction and Guide for Selection, Installation, and Use of Electric Motors and Generators

3. Underwriters Laboratories®General Information on Electrical Equipment Directory states the following about terminations: “A 75°C or 90°C temperature marking on a terminal (e.g., AL7, CU7AL, AL7CU or AL9, CU9AL, AL9CU) does not in itself indicate that a 75°C or 90°C insulated wire can be used unless the equipment in which the terminals are installed is marked for 75°C or 90°C.” 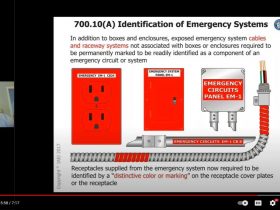 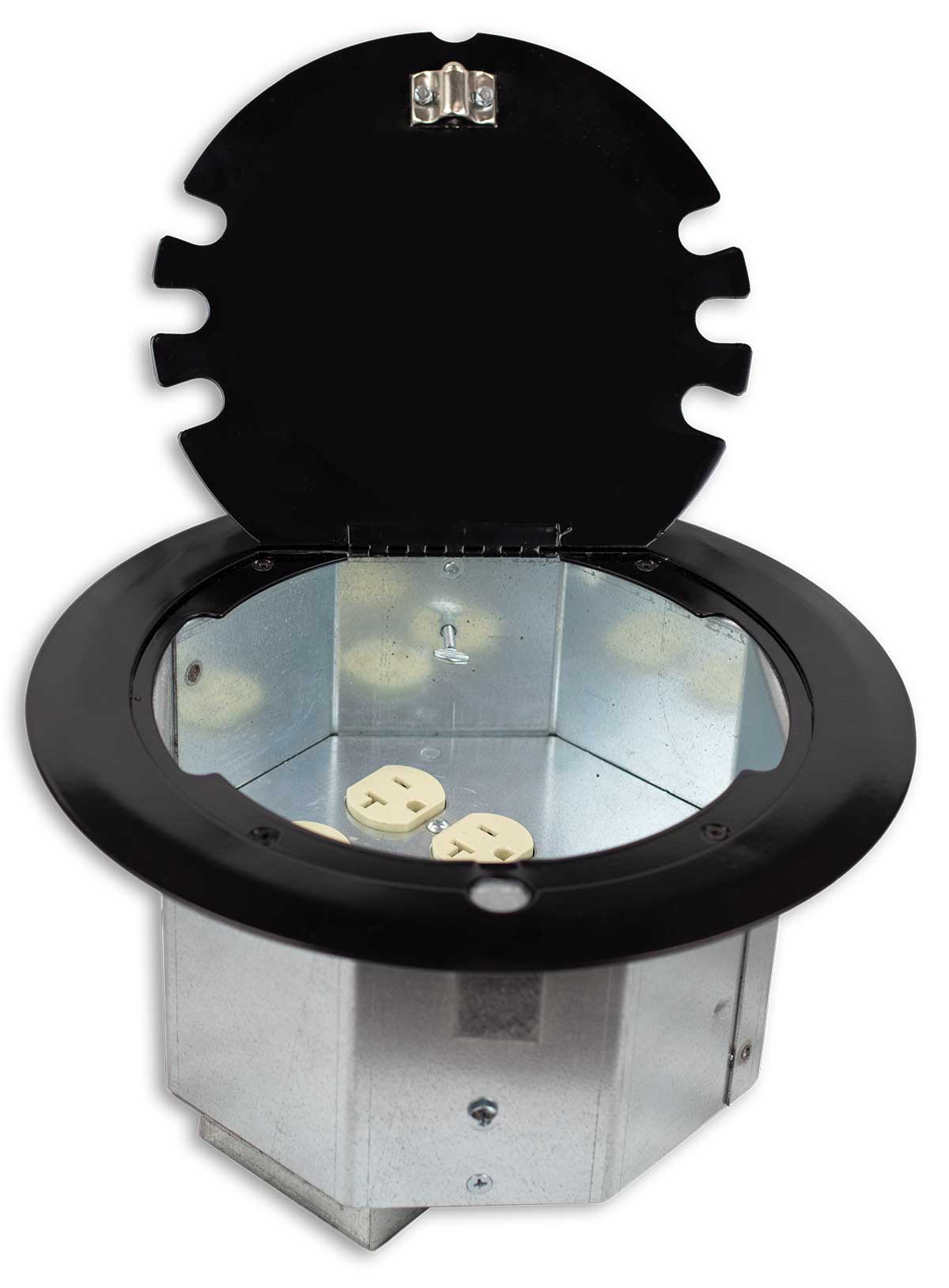 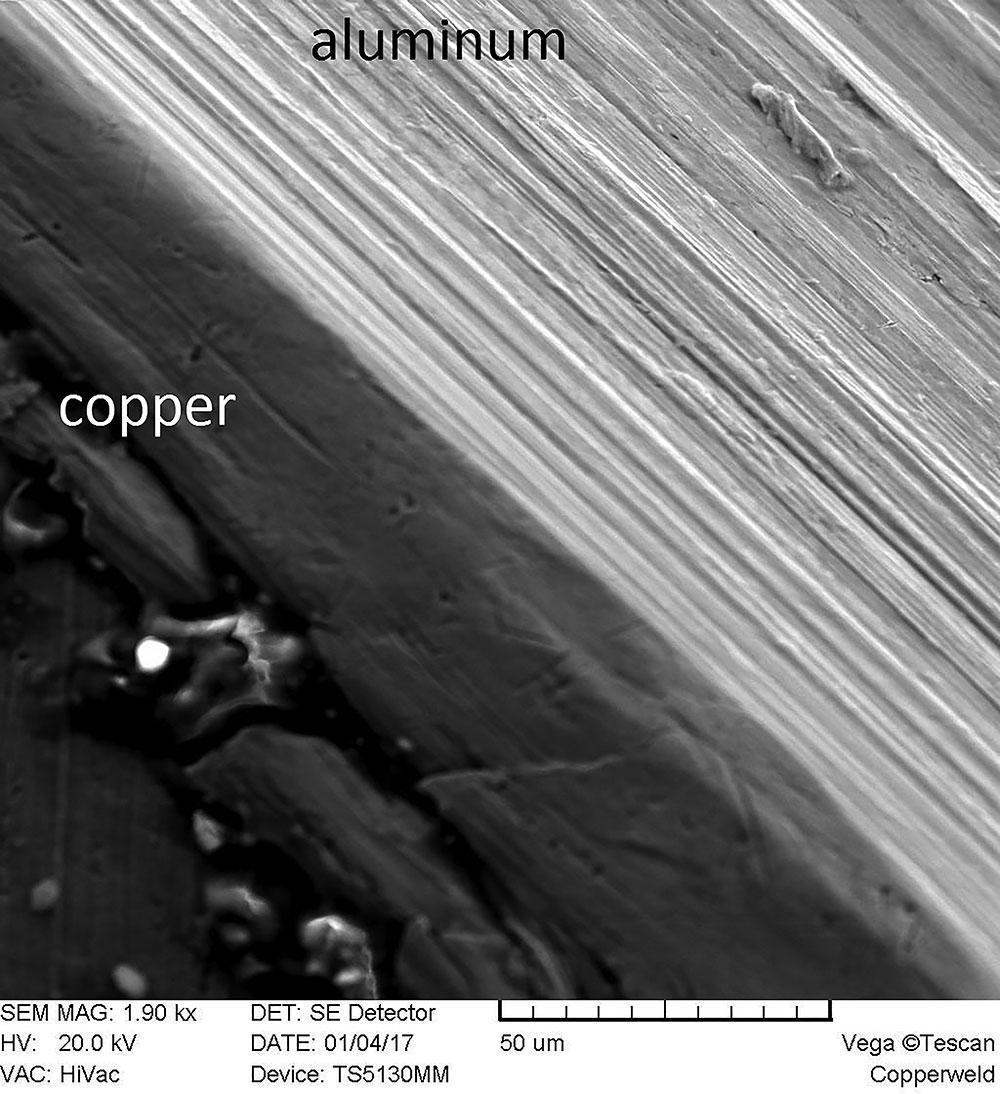