0
You attend great meetings? For opportunities to meet other inspectors? For networking? For excellent technical training opportunities? These are great reasons, but there may be more to consider.

I was surprised to learn how much more IAEI had to offer.

In my second year as a wiring inspector, I was introduced to IAEI; the year was 1991 and the event was the Canadian Section meeting held in Kingston, Ontario. I was able to meet inspectors from all over Ontario, Canada, and the United States. The training offered by leading experts was second to none, and the social programs for both the delegates and partners were very impressive. My thought was…… WOW, I need to be a part of this! I left the meeting with an idea of what I thought IAEI was. It was not until years later and after being involved in codes and standards development that I got a better appreciation of the important role IAEI plays in the electrical safety infrastructure for both our great nations.

IAEI and the National Electrical Code

Enforceability. Will an electrical inspector be able to enforce the requirement if it is adopted by the authority having jurisdiction?

Reasonability.The object of the Code is “to establish safety standards for the installation and maintenance of electrical equipment…” While the cost of complying with the Code is not a criterion for an inspector to decide upon support of a concept, the Coderequirement should be practical.

Understandability. Complex and lengthy sentences and paragraphs are difficult to read, understand, and enforce. Making the Code clearer is an objective of IAEI code panel members.

Members of the code-making panels also provide the vital information to IAEI International for development of great technical books such as the Analysis of Change. Now that I am on that topic, I would like to thank the international office and in particular Keith Lofland for the outstanding work in development of this world class publication.

IAEI and the Canadian Electrical Code

In the early 1980s Roy Hicks the Chief Inspector of Ontario Hydro Electrical Inspection recognized a need for front line involvement in the development of the CE Code. Roy had seen the IAEI as the vehicle to achieve this.

IAEI involvement in the Canadian Electrical Code began during the development of the 1986 edition with members on several subcommittees. By the 1998 edition, IAEI had representation on nine subcommittees and an associate member on the CE Code Part I. The associate member position on Part I evolved into a full voting member of the CE Code Part I during the development of the 2006 edition. At the publication of the 2009 CE Code, IAEI had representation on all 43 sections, being the first organization to have representation on all sections of the CE Code since the first edition dated 1927.

Where would the electrical industry be without IAEI?

Codes and standards committees would not have a common voice representing authorities having jurisdictions, and would be relying on individuals providing inspector input without a national or international focus.

We would not have an organization watching for initiatives that may erode our present electrical safety infrastructure.

As you can see, IAEI involvement on this one installation document alone has had a significant impact on the final requirements. If IAEI were not involved and the standards were developed as originally intended, the next step would have been to use the Objective Based Industrial Electrical Code as a seed document to develop similar requirements in the United States, resulting in a potential erosion of existing electrical safety infrastructure and the need for many authority having jurisdiction inspectors.

Another example IAEI is watching closely is inspection involvement with new technologies, such as photovoltaic, wind turbines and electric vehicles.

In total, IAEI presently has 156 member positions filled on codes and standards committees in the United States and Canada.

We have tremendous talent representing IAEI on codes and standards committees, but we need more. We need more inspectors just like you to step forward and get involved with theNEC and product standards development. Your experience and knowledge are invaluable on these committees. If you are interested in being part of a code or standards committee, please send your application in as soon as possible. Application forms are available online at IAEI.org under the “About Us” and “Code Panel Representatives” tab.

Now, back to the original question: Why are you an IAEI member?

I am an IAEI member because I want to be part of an organization that has such a positive impact on the electrical safety infrastructure in North America, providing premier education, certification of inspectors, and expert leadership in Electrical Codes and Standards development. 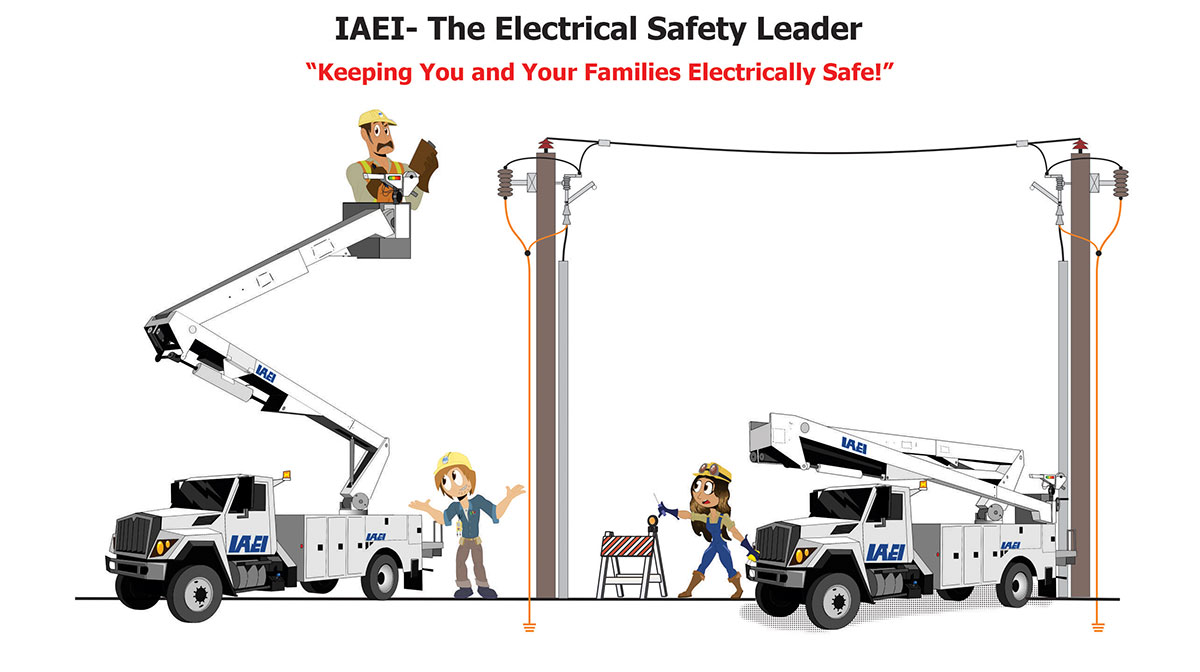 The Analysis of Changes, NEC-2023 is almost completed. IAEI’s Education Department teamed up with a local artist to give fresh, updated graphics.

What Do New Investors Really Need to Know?

Energy storage provides the ability to balance the energy capabilities and resultant outputs of variable energy sources with the needed energy inputs of differing and variable loads.