It always comes as a shock to find out that others see us quite differently than we see ourselves. More often than not, it can be distressing, particularly at work. “I don’t get it. I’m not that way.” Maybe not. But it happens. And when it does, a bad rep can stick tighter than super glue thanks to word-of-mouth and social media.

In today’s highly competitive workplace, reputation makes a difference. Your competition can be down the hall, across the country, or 10 feet away. It can be someone who wants your customer or your job—maybe both.

When it comes to your reputation, hoping for the best isn’t good enough. It leaves it in the hands of others. Your reputation needs to be shaped and managed so it reflects the way you want to be viewed.

Here are 22 ways to go about deliberately shaping how others see you.

Take on extra work. Sure, you’ve got more than enough on your plate, so why pile on anything more? It lets you demonstrate your ability to shoulder a heavier load. And that doesn’t go unnoticed.

Meet deadlines. “I didn’t have enough time,” may be the top excuse for failing to meet deadlines, as if something beyond our control intervened and caused us to fail. What really happens is that we run out of time—and that’s due to poor planning.

Come up with ideas to improve something. It isn’t that most people don’t have ideas; it’s simply they’re afraid to present them—what will people think? Maybe it’s stupid? Take a chance. You’ll be surprised.

Express appreciation to someone who helps. We all get busy and move from one thing to another, and before we know it, several people have come to our aid. Just another day at the office. It shouldn’t be. Make it a point to say thanks.

Give credit to others. It seems as if it diminishes us if we make a point to give a “shout out” to a co-worker. But just the opposite is true. It says we understand what it means to be a team player.

Pitch in when someone is out. Whether it’s taking messages, answering questions, or solving a problem, it says you have their back. It won’t be forgotten.

Ask questions. We’ve all been in meetings where stuff goes by that’s new, unclear or confusing. Ask a question. Don’t assume you’re the only one who didn’t get it. It shows you’re thinking. 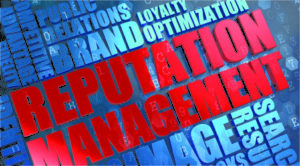 Be careful about complaining. When there’s nothing else to do, it’s complain time, particularly at lunch or after work. Complaining can be toxic and those who do it put their reputation at risk.

Welcome new co-workers. There’s a reason to be the first: first impressions are indelible and you will be remembered.

Go out of your way to help customers. Look at these as opportunities, not interferences. They’re memorable. Customers like to talk about the times when someone did something special for them.

Come up with solutions for problems. Avoid the natural instinct to hold back and play it safe: What if it doesn’t work out? Or, it’s rejected? Give it a try and you may be surprised what happens.

Offer suggestions so others don’t trip themselves up. “Would it be helpful to look at it this way?” or “Have you considered other possibilities?” Such questions can help rescue someone from stepping off a cliff, from making an unnecessary mistake. They won’t forget it.

Admit it when you’re wrong. It’s easy to say, “Everybody makes mistakes” or “I’m just human” when we get something wrong. But passing it off is quite different from taking ownership and saying, “I was wrong.” Both impact one’s reputation.

If you spot a problem, propose a solution. Identifying problems is a popular workplace pastime. Coming up with possible solutions, not so much. One is seen as complaining, the other as being helpful.

What’s going on right around us holds our attention, blinding us to the bigger picture, distorting our thinking, and causing us to react inappropriately. It helps to step back so we can see more clearly.

Pay attention to details. Nothing is more disruptive, embarrassing, and frustrating than the wrong address or price, a phone number that’s one digit off, a misspelling, or something that was left out. Reputations are made on accuracy; the opposite is also true. 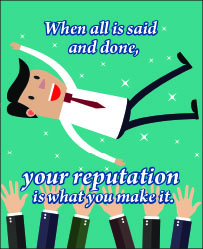 Don’t make excuses. It’s quite simple: the opposite of making excuses is taking responsibility. Either way, there’s a reward, one you want and one you don’t.

Avoid having someone remind you. Digital calendars and reminders should eliminate the need for someone to remind us. It hasn’t. The offenders are just more visible.

Thank those who help you. Although we may not admit it, there are many hands pulling up our bootstraps, not just our own. Be generous in expressing appreciation to everyone who literally gives you a hand.

Tell someone when they do a good job. Criticism comes easily, praise not so much. Most people benefit from less of the former and more of the latter.

Welcome challenges. If all we know is what we’re doing now at work, we’re coasting. When we dare to step out of our comfort zone and take risks, we do more than just holding a job.

Smile more. A Penn State study found that smiling employees are more approachable, likeable and appear more competent, as well as more trustworthy, according to University of Pittsburgh researchers. 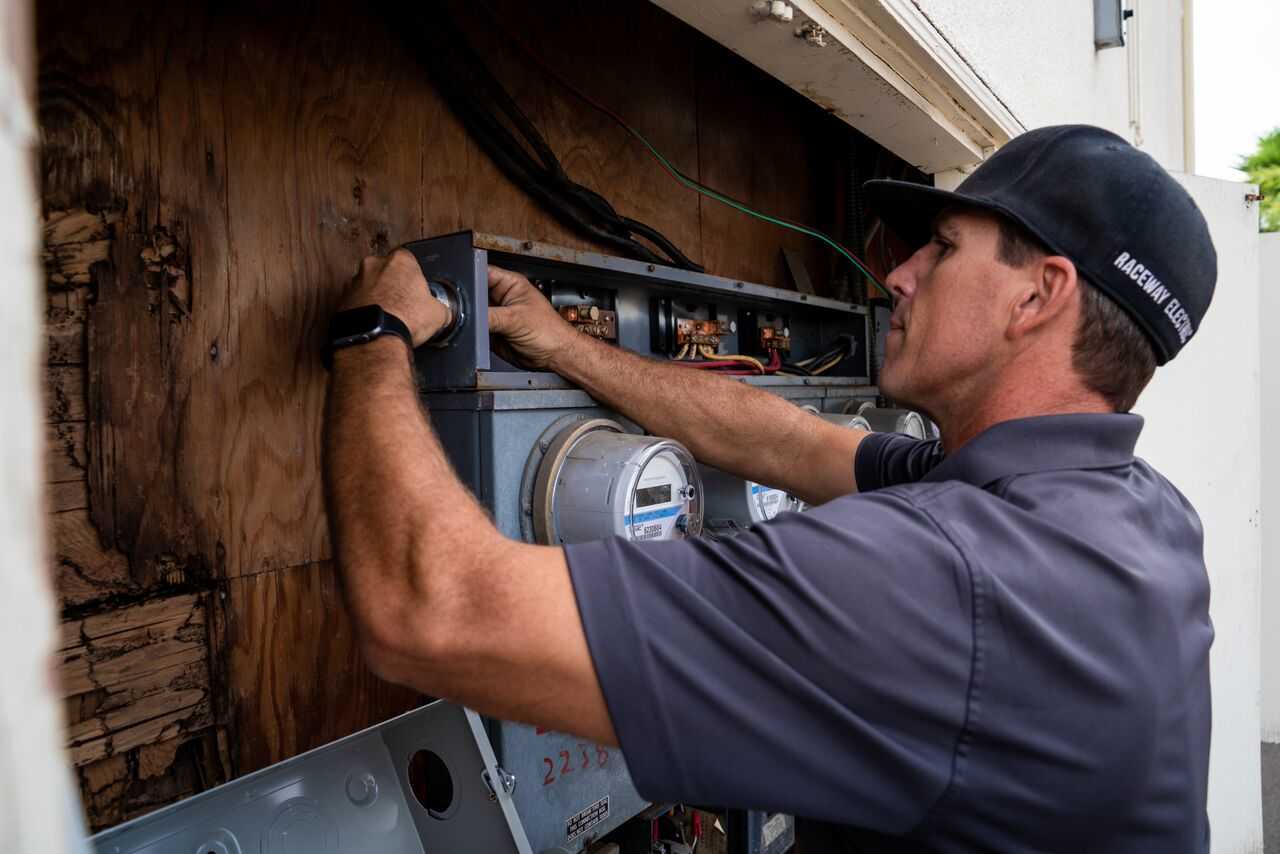 Certification requirements for line side connectors

Do wire connectors used to make line side splices or taps need to have a short circuit current rating (SCCR)?