However, what if you are evaluating the adequacy of a panel on the secondary that has a short-circuit rating of 30,000 amps? With the infinite bus approach, it would mean the panel has an inadequate interrupting rating. But does it really? This could be an expensive conclusion based on assumed (infinite primary) data.

Another concern about using the infinite bus approach is if the short-circuit calculations are to be used for an arc flash study. This is something that I discuss in my arc flash training class about using IEEE 1584 to perform arc flash calculations.

The infinite bus formula is based on transformer impedance as shown below. It ignores the source impedance:

To factor in the strength / weakness of the source impedance we only need to add one extra variable, % Zsource to the previous equation.

The new equation would be:

The calculation procedure is similar to the infinite bus calculation, but we now have to add the additional step of calculating the source impedance.

This seems simple enough but where do you obtain the SCAprimary? Great question! If the transformer is going to be connected to the utility system, the utility company is usually the source of this information. It is best to start out by determining who is the utility account representative and ask if they can either provide you with the information or direct you to someone that might have the information.

If you are unable to determine any of this information, and you are concerned about worst-case highest magnitude short circuits, you can always default to the simpler and generally more conservative infinite bus calculation.

Care must be taken! Infinite bus calculations are good for the evaluation of the maximum worst-case short-circuit current through the transformer (excluding motor contribution and impedance tolerances for transformers not yet delivered/tested). However, if you are interested in minimum short-circuit currents for analysis such as arc flash, voltage flicker or harmonic resonance, an infinite bus calculation is not the way to go.

Derivation of Step 1
The formula for calculating the source impedance may seem a little odd the first time you see it. Dividing two different kVAs magically becomes an impedance/ However, this method has its origin with the Per Unit System. The %Zsource is actually the true primary source impedance of the source in ohms, divided by the transformer base impedance in ohms. Here is how the derivation of step 1 works:

The kVsecondary in the numerator and denominator cancel each other and you are left with:

or in our case we use kilo instead of mega so our numbers are scaled by 1000:

Here is an example of the calculation
Let’s say we have a transformer rated 1500 kVA with a secondary voltage of 480Y/277V, a primary voltage of 13.2 kVL-L and an impedance of 5.75%. Suppose the utility informs us that their maximum short-circuit current available at the transformer’s primary is 6,740 amps at 13.2 kV.

(some utility companies might refer to this as 154 MVA )

Step 3 — Calculate the short-circuit current on the transformer secondary bus.

If this calculation ignored the source and assumed it was infinite, the short-circuit current at the secondary would be:

You can see that factoring in the source impedance (source strength) has a significant effect on the magnitude of short-circuit current at the transformer secondary terminals.

A few more words of caution! The impedance of a transformer must be the actual nameplate and not an assumed value. Impedances of transformers that have not yet been built or tested can vary by + / – 7.5% of the specified impedance. The above calculation does not include motor contribution which will also need to be considered.

Adding the source and transformer impedances like we just did is good for a close approximation, but it is not perfect. The impedances should be added using vector addition which means divide each impedance into its respective X and R value and combine the individual terms to determine the true magnitude of the total impedance. The X/R ratio is the amount of reactance X divided by the amount of resistance R which also happens to be the Tangent of an angle created by reactance and resistance in a circuit. 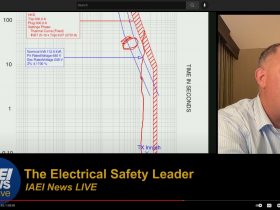 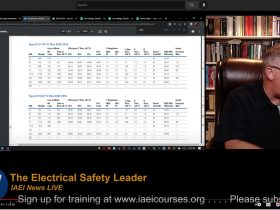 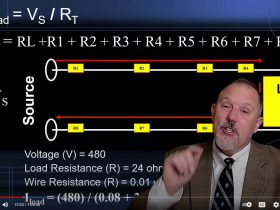 Short-circuit current calculations are one of the most fundamental studies conducted on a power distribution system.