High school football season is around the corner. Soon there will be stands full of spectators, families, and rivals watching a sport that brings thrills to millions of people. But, what if during these games you, as a spectator, saw something that made you stop and take notice? What if while watching the game on television you saw something in the end zone after a touchdown drive that caught your attention?

This is what could happen if International Association of Electrical Inspectors (IAEI) members, divisions, chapters, and sections embraced an opportunity on the local level: The opportunity to promote the IAEI to thousands, if not millions, of new people. Moms, dads, players, coaches, fans, emergency responders, municipal government officials, contractors, electricians, etc. You could get the attention of people from all over the country and cause them to notice IAEI while attending a sporting event. The exposure is even greater if your banner or advertisement is broadcast on social media, or on local or national broadcast or print media outlets.

What if the local building official attending the game sees a banner telling him there is some organization interested in electrical safety? What if that spurred interest in our organization and somehow helped in the National Electrical Code adoption process? Thousands of parents attend sporting events to watch their children perform in a variety of activities—band, cheer squads, drill team, as well as football and other sporting activities. What mom or dad would not be interested in some organization that is keeping their family electrically safe?

At a grassroots level, IAEI needs to build these relationships. It is similar to planting a garden. You will not see immediate results, but with watering, weeding, fertilizing, and sweat equity, the garden will, in time, produce a bountiful harvest. The same is true with getting the word out about IAEI on a local level.

In today’s economy, skilled labor workers are in high demand. What if a graduating student sees that IAEI is an opportunity to join the electrical workforce? This former student could be hired by an electrical contractor and start his or her apprenticeship. This person will never forget what spurred them to consider becoming an electrician and could begin to explore the membership and benefits of IAEI (on the student and full membership levels). Finishing apprenticeship, this person could become a licensed electrician and begin a rewarding career. What if this brings a new member into the organization?

What if, after working in the electrical trade for 25-plus years, the electrician is ready for a change? An opening for an electrical inspector becomes available in their local jurisdiction. An application is made, interviews are conducted, fingers are crossed, and a dream comes true. That student at a high school football game becomes an electrician and then transitions to an electrical inspector. All this happened because someone—some division, some chapter, some section—made a decision to get the IAEI name and its mission of electrical safety out to the attendees within a small high school football stadium.

Now, think of this on a national level. Look around at the next sporting event you attend. I can recall seeing advertisements at sporting events for the International Brotherhood of Electrical Workers (IBEW) and other construction trades. How many opportunities exist for you, the IAEI member, or the IAEI division, chapter, or section, to influence the decisions made in someone’s career? The reward could be astronomical as new electricians join the workforce and new members join the organization.

What if moms and dads all over the country see the letters IAEI and see that this organization and its members are keeping families electrically safe? They go home or use their cellphone to search the internet to find out more about the organization. In doing so, they see articles that educate them on electrical safety. Maybe they are at the lake one weekend and recall an article on IAEInews.org that explains the dangers of swimming around boat docks and marinas. While at the lake near a boat dock or marina, they do not let their children or other members of the family get into the water. What if, by reading an IAEI article, this gave them the information and knowledge concerning electric shock drownings (ESD) and this knowledge saved members of their family?

An ad in the high school football program could be the trigger that alerts the reader to the dangers associated with electricity. The point is this: we must start educating friends and families about electricity safety at a local level. We need to understand that this is similar to planting and maintaining that garden—immediate results, returns on investment, income windfalls, and other measurables will not be immediately seen or enjoyed. But in the end, if we have a plan and work that plan, the goal of electrical safety will become a reality. And with that will come a wonderful bounty—a safer electrical environment.

In no way am I trying to be self-serving. I have a story to tell. I am proud to say that I did something. I reached out to the Quarterback Club and placed a banner in the football stadium about IAEI and electrical safety. Along with other families and businesses in the community, I placed an ad in the homecoming booklet alerting those that may be unfamiliar with our association that we care about electrical safety. I spent the money out of my own pocket to do this because I care about the future of electrical safety in my community. 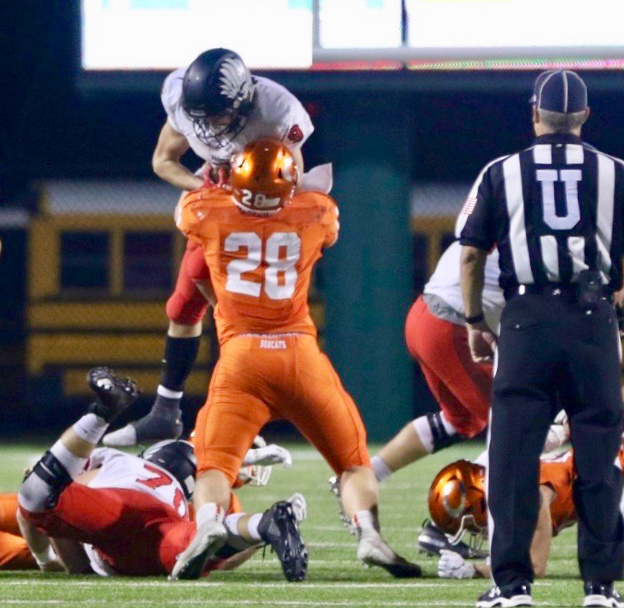 What if you were to do something similar? What if you get involved at a local level and tell folks about IAEI and your experiences with electrical safety? Remember that garden scenario? You may get discouraged because you do not see immediate results, but what if by doing the little things you are responsible for saving a life? It could be the life of your son’s or daughter’s best friend. Would that be worth the time and effort you placed in creating an ad and a banner at a high school football game?

Your expenses for these advertisements could be tax-deductible. Check with your accountant regarding that matter. This decision is up to you, your IAEI division, chapter, or section.

In a year, I plan to write an update regarding this topic. By then, I hope to receive several personal stories from members about what they did locally to get the IAEI name into their communities. Please feel free to send me photos of your ads and other ways you helped make a difference and keep families electrically safe. And last, but not least, what if?