Some of the issues we might not be fully familiar with are these: Figure 1. The ungrounded system of figure 1 is an example of a straight rated system.

Understanding the basics of an overcurrent condition and the purpose for overcurrent protection will establish the foundation for our discussion. Article 100 of the National Electrical Code (NEC) defines overcurrent as:

“”Any current in excess of the rated current of equipment or the ampacity of a conductor. It may result from overload, short circuit, or ground fault.

FPN: A current in excess of rating may be accommodated by certain equipment and conductors for a given set of conditions. Therefore the rules for overcurrent protection are specific for particular situations.””

The purpose of overcurrent protection is found in the FPN of NEC 240.1, which states:

Two categories of devices are acknowledged by the NEC as overcurrent protective devices (OCPDs): circuit breakers and fuses. These devices have means to detect values of overcurrent and to “interrupt” the current according to a time-current characteristic, when overcurrent is detected. NEC 110-9 and 110-10 clarify that the devices must have the interrupting ratings that will allow them to interrupt the fault current at nominal circuit voltage that may be available at the line terminals of the equipment containing the circuit breaker or fuses.

The basic points of overcurrent protection are: Figure 2. The solidly grounded system of figure 2 is an example of a slash rated system

Systems and voltages applied in the USA are detailed in Chapter 3 of the IEEE Red Book1. A straight rating expressed as 240 or 480 V would imply a system operating with no line-to-line voltage exceeding the rating number and with no leg broken for a grounding connection. The ungrounded system of figure 1 is an example of a straight rated system. In a slash rating expressed as 120/240 V or 480Y/277V, the higher number is the greatest line-to-line voltage and the lower number is the greatest voltage of any conductor to ground. The solidly grounded system of figure 2 is an example of a slash rated system.

Fuses have a variety of voltage ratings including 125, 250, 300 and 600 V ac. Their single-pole nature generally makes application of the voltage rating seem obvious. However, 3-phase applications may not be so obvious.

NEC 240.60(A) provides a requirement for fuses rated 300 V. It states: “Cartridge fuses and fuseholders of the 300-volt type shall be permitted to be used in the following circuits:

1. Circuits not exceeding 300 volts between conductors

This requirement excludes the use of 300-V fuses in 3-phase, 4-wire circuits rated 480Y/277 V. Since the voltage from linetoneutral is 277 V in those circuits, it might seem appropriate to use 300-V fuses. However, the interruption is a 3-phase interruption and the fuses are opening independently. As one fuse begins to arc, it places a high resistance in the phase in which it is installed and causes the current and voltage to become very unbalanced. Under these conditions, the voltage across a pole may considerably exceed 300 V and interruption may not be successful. A fuse rated at least 480 V is needed for this application, which is normally a 600-V fuse.

NEC 240.85 clarifies that a straight rated circuit breaker may be applied where the “nominal voltage between any two conductors does not exceed the circuit breaker’s voltage rating.” For example, a circuit breaker rated 480 V is suitable for use on systems of either figure 1 or 2 where line-to-line voltage is no more than 480 V. However, a circuit breaker rated 480Y/277V would be suitable for use on a 240-V ungrounded or impedance grounded system since the line-to-line voltage is lower than the lower number in the slash rating.

A new fine print note was added to NEC 240.85 indicating that, for other than solidly grounded WYE systems, and especially corner-grounded delta systems, application of circuit breakers will consider the single-pole interrupting capability. What it refers to is that individual-pole testing of molded-case circuit breakers (MCCBs) may be inadequate for some corner-grounded delta systems. All MCCBs are tested for individual-pole interruptions in accordance with the industry developed standard UL 489, the Standard for Safety for Molded-Case Circuit Breakers, Molded-Case Switches and Circuit Breaker Enclosures. However, the individual-pole test is at a lower value than the interrupting rating for most circuit breakers. These lower testing values are appropriate for a majority of electrical systems. The new FPN is advising that corner-grounded systems have the unique condition that a line-to-ground fault is at full line voltage and could be up to 87 percent of available 3-phase fault current. The authors recommend that MCCBs used on corner-grounded systems be rated specifically for that application. To be comprehensive on the subject, we should mention a possible condition for impedance grounded or ungrounded systems. When multiple faults to ground occur simultaneously on different phases, one on the supply side and one on the load side of a MCCB, they could theoretically place a fault across a single pole of the circuit breaker at near line voltage. However, the probability of having that fault is very low and the probability that it will be above the fault level for which the MCCB is tested is even lower. MCCBs have provided good protection in these systems for decades. Rapid removal of the first fault is a key to safe operation in any case.

OCPDs are intended to protect against excessive temperatures in conductors or their insulation. It is essential to match the current rating of the OCPD to the conductor size. The current flowing through the conductor, which has a resistance, generates heat; reducing the conductor size from those found in the appropriate column in NEC Table 310-16 will place the conductor at risk of thermal damage. Because higher temperatures are frequently experienced with this rating, the listing may require the use of conductors rated 90°C but sized according to the 75°C ampacity rules. The circuit breaker will be so marked if 90° conductors (insulation rating) are required just as it will be specifically marked for use at 100 percent of its rating.

How are 100 percent rated MCCBs applied compared to standard MCCBs?

Imagine a circuit with a 300-A noncontinuous load plus a 50-A continuous load. Conductors must be sized for 363 A by 210.19(A) if a standard overcurrent protective device is to be used. Two 3/0 AWG copper conductors are selected. In accordance with NEC 210.20, a 400-A MCCB is selected.

The 100 percent rating does not apply when a MCCB is used for motor circuit protection under NEC Article 430.

There is no provision for the use of construction wire or cable with a temperature rating of 90°C using 90°C ampacity for distribution or control equipment in which OCPDs are used. This condition applies to the circuit breakers and fuseholders as well. This question arises frequently. Some wire connectors are marked as suitable for 90°C conductors, but that does not mean that the equipment on which they are used is suitable for 90°C conductors at 90°C ampacity.

The general rule is stated in NEC 110.14(C). For equipment listed to UL standards, that information is repeated in Underwriters Laboratories General Information for Electrical Equipment under Guide Category AALZ. Unless the device is marked to indicate otherwise, the wiring space and current-carrying capacity are based on the use of 60°C wire where wire size Nos. 14-1 AWG are used and 75°C wire where wire size Nos. 1/0 AWG and larger are used. If the equipment, normally intended for connection by wire sizes within the range 14-1 AWG, is marked “75C” or “60/75C,” it is intended that 75°C insulated wire may be used at full 75°C ampacity. A 75°C or 90°C temperature marking on a terminal (e.g., AL7, CU7AL, AL7CU or AL9, CU9AL, AL9CU) does not in itself indicate that 75°C or 90°C insulated wire can be used unless the equipment in which the terminals are installed is marked for 75°C or 90°C at that ampacity.

The interrupting rating is essential in order to know that the device is capable of protecting conductors and itself in the event of a short circuit or ground fault. NEC 110-10 also requires that the OCPD must “clear a fault…without extensive damage to the electrical components of the circuit.” This does not mean that all components of the circuit should be suitable for continued service. However, it does mean that the circuit could be re-energized after the short circuit is removed without posing an immediate hazard. Before being placed back in service following a short circuit, all conductors and components in the path of the short circuit should be examined for potential damage. Repairs and replacements must be done before the circuit is used again.

Equipment in the distribution and control systems will have a short circuit current rating (SCCR). The distribution and control equipment will identify the OCPDs and short-circuit current rating associated with each device. The final rating of the installed equipment is generally determined by the lowest rated OCPD or combination of device (Series Combination) used with the equipment.

Overcurrent protection depends on correctly matching the voltage rating of the OCPD to that of the system, matching the current rating to the calculated load and the conductors and matching the interrupting rating to the available fault current at system voltage. Marked ratings of listed equipment will support safe application as long as the system is understood. 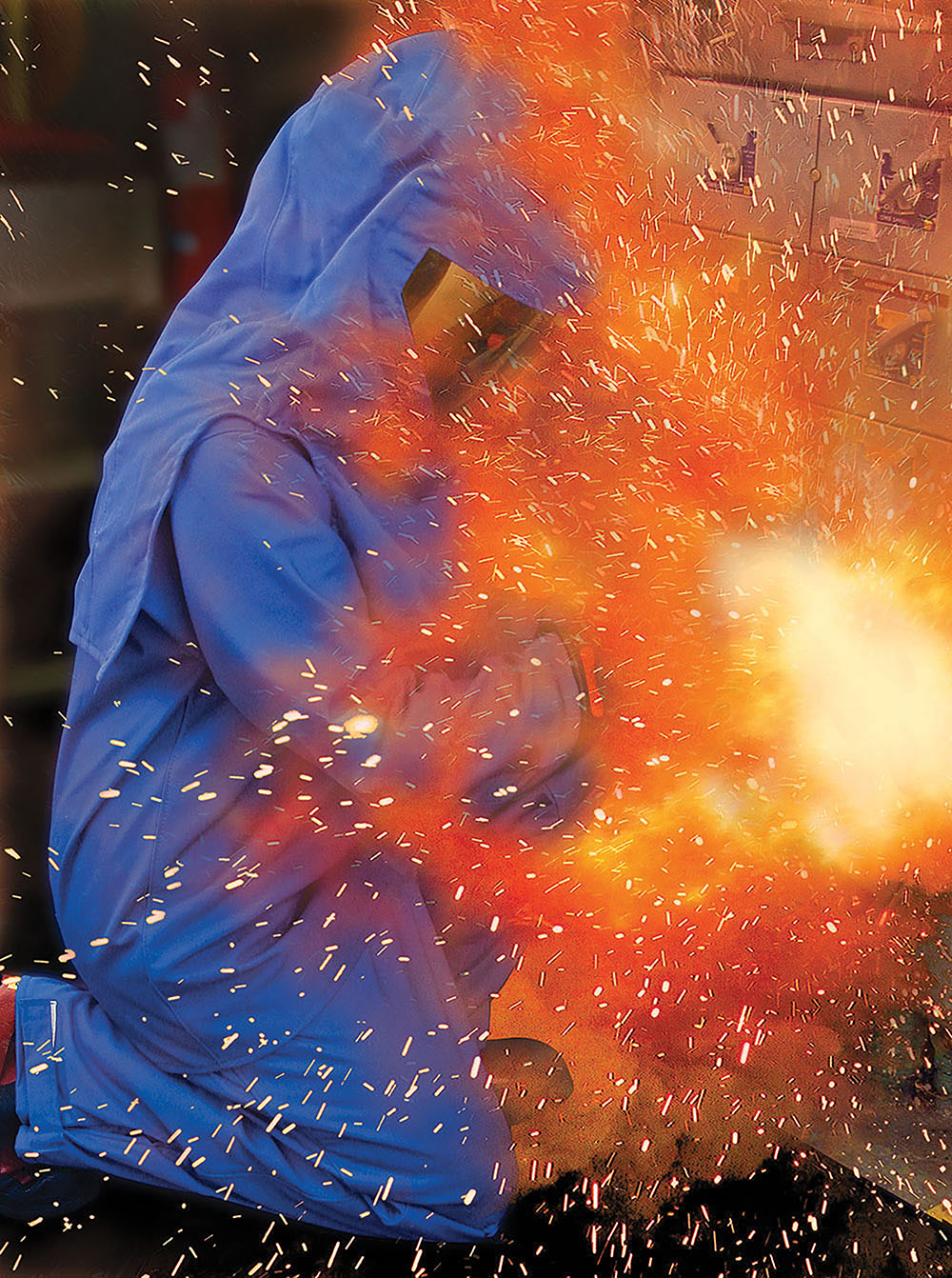 All product manufacturers and representatives have a moral obligation to protect lives. It starts with alignment with NEC 240.87 to increase safety. 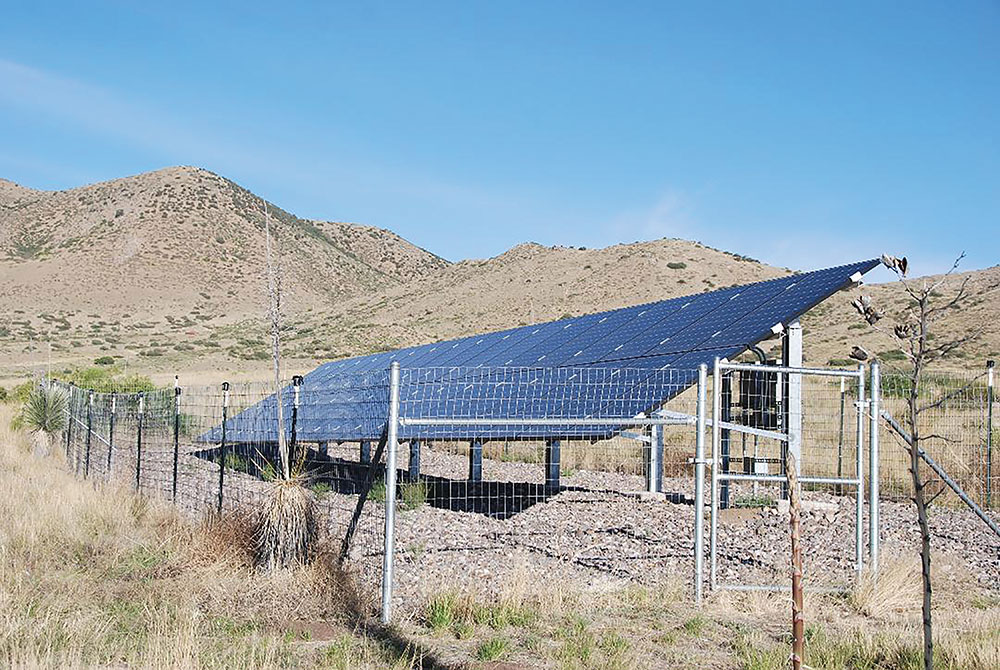 In this article, overcurrent protection for direct current(dc) and alternating current (ac) PV circuits will be addressed. 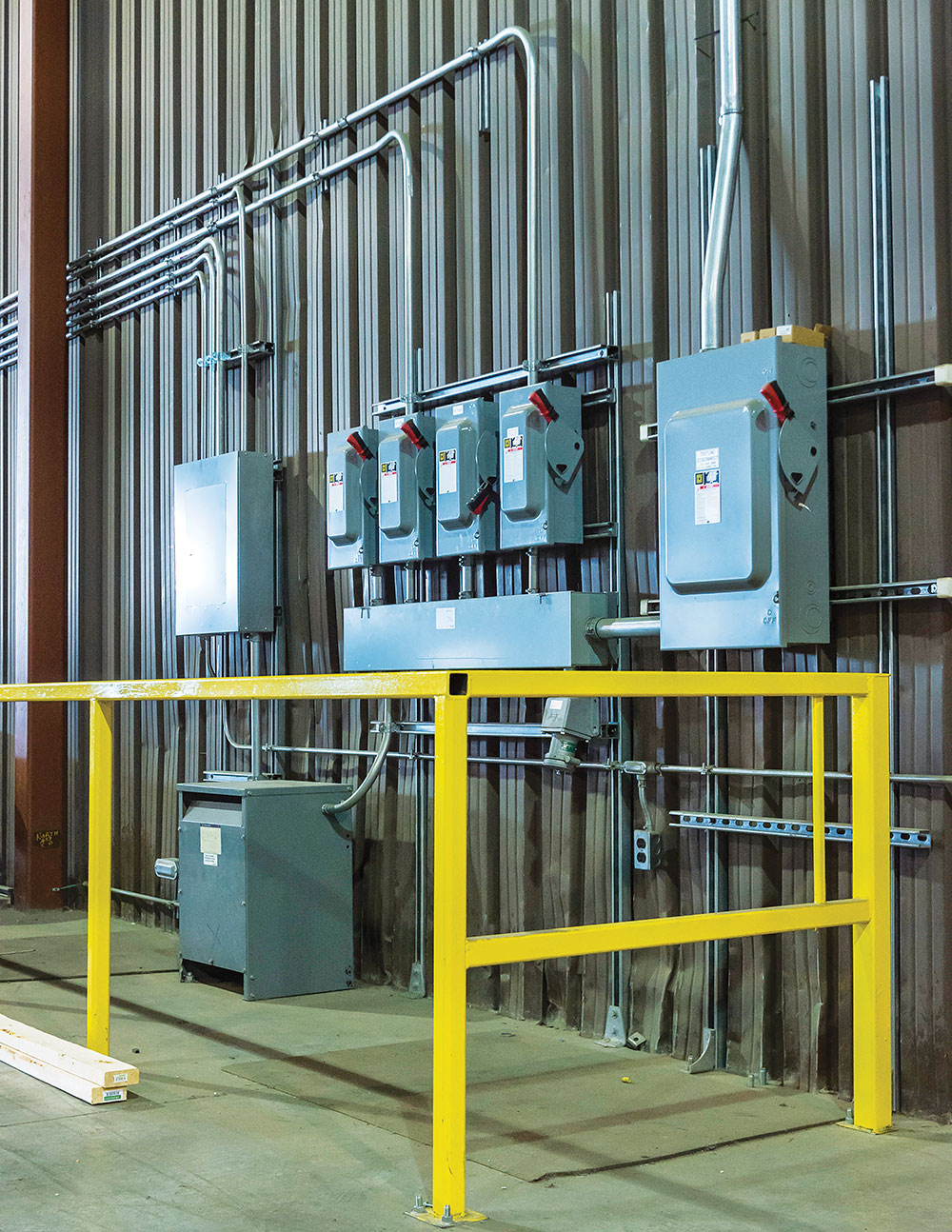 This article will focus on overcurrent protection and conductor sizing for low-voltage transformers in the Canadian Electrical Code.