Fundamentals Of Grounding And Bonding

When an electrical system is grounded, one of its electrical conductors is intentionally connected to ground through the main bonding jumper. See the definition of “Main Bonding Jumper” in Article 100. System grounding is usually done at the service or at the first disconnecting means in a separately derived system. Grounding a system limits the voltage potential to ground on the grounded conductor, that may come from contact with higher-voltage lines, lightning strikes, and the like, per 250.4(A)(1). It also stabilizes the voltage potential to ground on the ungrounded conductors of the system.

All normally non-current-carrying metal parts of electrical equipment are required to be bonded together, per 250.4(A)(3) and (B)(2). The purpose of bonding is to establish an effective ground-fault current path. The NEC defines bonding as “Connecting to establish electrical continuity and conductivity.” This means that whatever is bonded is brought to the same voltage potential, regardless of the magnitude of that potential. Because of this requirement, one can be reasonably assured that, when touching the metallic enclosures of two adjacent pieces of electrical equipment, one will not experience a voltage potential between them or between either of them and Earth, i.e., receive an electric shock. As stated above, when an electrical system is grounded, one of its electrical conductors is intentionally connected to ground. The system is, therefore, essentially “bonded” to ground at that point. It should be noted that, per 250.4(A)(5), the Earth is not to be considered an effective ground-fault current path. Instead, fault current seeks a path back to the source from which it came by traveling from the site of the fault, through the metallic pieces of electrical equipment that are bonded together, through the main bonding jumper, and finally, through the grounded service conductor back to the transformer.

A decade ago, it was common practice to bond the metal frames of PV modules by drilling and tapping a hole in the aluminum frame of each module, fastening a lay-in lug to each, and then connecting those lugs with a bare, stranded, copper conductor. Connectors that were made of incorrect materials were sometimes installed, which, owing to their relative position to copper in the galvanic series, would corrode and, eventually, fail. This violated the requirement in Section 110.14 that connectors be identified for the material of the conductor. Another problem was that the surfaces of module frames, being exposed to the elements, would, over time, develop a thin layer of aluminum oxide on their surfaces. This oxide layer was electrically insulative and compromised the conductive integrity of the module/lug connection. Lugs and wire can still be used for bonding PV modules, but the lugs are now required to be listed for the application, per 690.43(A).

In PV systems with string inverters, the equipment grounding conductor from the array terminates to the inverter’s grounding bus bar. All string inverters have a lug or set of lugs for this purpose and for extending the equipment grounding path to the main service panel. Before the advent of non-isolating inverters, the dc circuit conductors had to be kept electrically isolated from the ac circuit conductors. This was accomplished using an onboard isolation transformer that prevented the inverter’s dc input from being directly coupled to its ac output. Transformers do not allow direct current to pass from their primary windings to their secondary windings. At one time in the U.S., the dc circuits of PV arrays were required to be grounded; and the inverter provided an optimal location for doing this. To ground the dc system, one circuit conductor was connected to ground, usually through a ground-fault protective device, and then to a grounding electrode system. About a decade ago, non-isolating inverters started to become popular in the U.S., which meant that grounding dc circuits at the array began losing popularity to the more efficient method of leaving the circuits ungrounded. While ungrounded PV systems have been used in Europe for decades, it wasn’t until non-isolating inverters became popular in the U.S. that ungrounded systems began to flourish. Most of the PV systems that are now being installed in the U.S. are ungrounded. Solar PV systems are still permitted to be grounded, per 690.41(A)(1) and (5), and, for those PV systems that are, the dc grounded conductor is directly coupled (or coupled through electronic circuitry) to the ac grounded conductor, which is then brought to ground potential by being terminated to the neutral bus bar at the main service panel. When a PV system’s dc circuits reference ground in this way, it is referred to as “reference grounding,” whereas connecting an inverter’s grounded dc conductor to its grounded ac conductor, via electronic circuitry, is called “functionally grounded.” These are the hallmarks of non-isolating inverters. Therefore, a separate grounding electrode system is no longer required for either grounded or ungrounded PV systems. However, some contractors, who had been accustomed to grounding the system at the inverter, still prefer to install a grounding electrode conductor at that point. While this is permitted, per 690.47(B), it is done only for grounding the PV equipment and not for grounding the PV system.

The output of all inverters is ac and, if the inverter is utility-interactive, then its output will be coupled to utility power at some point along the utility power’s distribution path. This point is called the “point of common coupling,” which is permitted to be located at the service conductors on the supply-side of the main service disconnecting means, per 705.11, or on the load-side, per 705.12.

A two-wire PV array with one functionally grounded conductor, as permitted, per 690.41(A)(1), is where one of the dc conductors from the array is grounded while the other is left ungrounded. In this configuration, the grounded conductor references ground through the inverter’s electronic circuitry, which also provides the ground-fault protection.

A bi-polar PV array with a functionally grounded reference (center-tapped conductor), as permitted, per 690.41(A)(2), is where one conductor, that is common to each of the array’s monopole sub-arrays, is grounded while the other conductors, one from each of the array’s monopole sub-arrays, are left ungrounded. In this configuration, the grounded conductor, being functionally grounded, references ground through the inverter’s electronic circuitry. In this case, as above, the inverter’s electronic circuitry provides the ground-fault protection.

A PV array that is not isolated from the grounded inverter output, as permitted, per 690.41(A)(3), is where the grounded dc conductor from the PV array is directly coupled to the inverter’s grounded ac conductor. In this configuration, ground-fault protection is provided through a device or system installed outboard of the inverter, which may be accomplished by installing the GFPD in its own enclosure or installing a combiner box that features an onboard GFPD.

An ungrounded PV array, as permitted, per 690.41(A)(4), is where neither of the dc conductors from the array is grounded, which is the most popular of all the array configurations in the U.S. today. In such a configuration, it is especially important to provide ground-fault protection because there would, otherwise, be no way of detecting a ground-fault in the array, which underscores the importance of the GFPD’s functions in a solar PV system.

A solidly grounded PV array, as permitted, in 690.41(B), as permitted, per 690.41(A)(5), is a special case where the PV array contains no more than two source circuits, i.e., two strings of modules, the PV system circuitry is not located in or on a building, and the system is solidly grounded. These types of systems are often used to supply power to traffic signs and in small, remote water pumping stations for livestock. In such a configuration, one of the dc conductors from the array is grounded while the other is left ungrounded; and the grounded conductor is solidly connected to a grounding electrode system.

If ground-fault protection is installed outboard of the inverter or combiner box, it is permitted to be installed in its own enclosure; and the standard requirements of grounding and bonding the enclosure are enforced. Many GFPDs are designed to be mounted on DIN rail, and they take-on the general appearance of a circuit breaker. Even those that are designed as part of a combiner box take this form. Those GFPDs that are integral to an inverter, on the other hand, may not be recognizable as such, where the only way one would know of its inclusion in the inverter’s circuitry is a label or mark on the inverter itself or by a ground-fault indicator that appears on the inverter’s user display. As with GFCIs, GFPDs have separate, supply-side- and load-side terminations; and care must be taken to see that the device is installed correctly. If a GFPD is installed in a utility-interactive PV system, the system’s output conductors are required to be terminated to the device’s supply-side terminals per 705.32. Where a GFPD is installed in a combiner box, the combiner box’s finger bus carries the combined input current of the array. The finger bus would then be required to terminate to the supply-side of the device.

Our Reason For Being

Eustace Soares referred to those parts of an electrical system that perform the grounding and bonding functions as “safety circuits,” which, in fact, they are. Without them, many electrical systems would fail, catastrophically; and the cost, in human terms, would be inestimable. Were it not for the requirements of the Code, it would be easy for an installer to consider grounding and bonding as a luxurious afterthought, the temptation to cut corners being ever-present. The moment at which an electrical fault develops is not the time when one wants to discover the inadequacy of one’s safety circuits. It is not surprising, therefore, to find that most inspections fail because of improperly designed and installed safety circuits than of any other single kind of electrical shortcoming. Because of this, it is imperative that the permitting/review/inspection/approval process be upheld for electrical safety. It is, after all, why we are here. 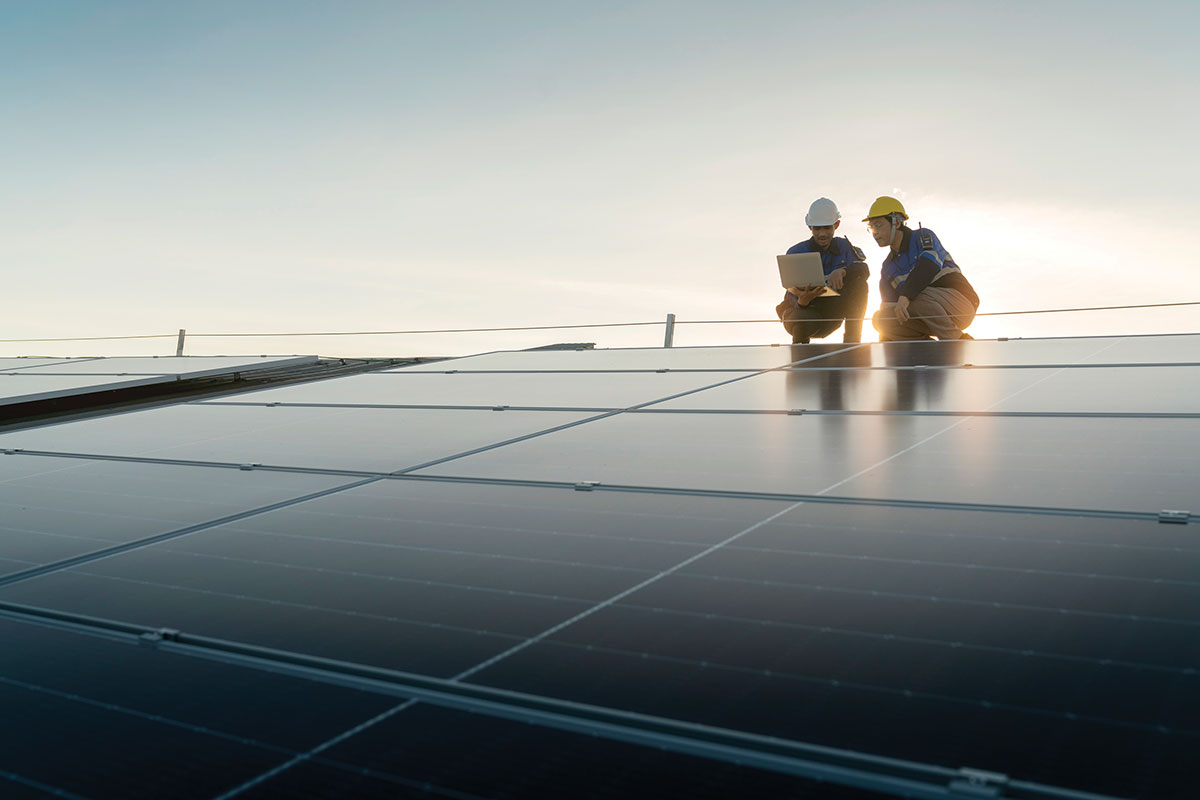 Looking to the Future

COVID and its related supply-chain issues are having various impacts on the installation and inspection of alternative-energy systems, including PV. 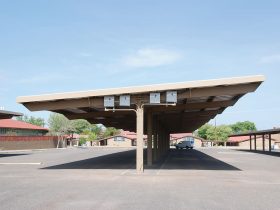