There are many terms used in the context of Smart Grid: demand response, distributed generation, advanced metering infrastructure, home-to-grid, and electric transportation to name a few. Meanwhile, the U.S. government has committed $3.4 billion in stimulus grant funding and upwards of $11 billion (depending on how you read the federal budget numbers) to the development of Smart Grid.

Focusing on the technical level can lead to a very confusing landscape of bits, bytes, and applications. It makes it difficult to understand just what the heck is happening as we move toward the concept of a “Smart Grid.” This confusing technical picture and boat load of funding in the pipeline really begs the question, “What is Smart Grid and what are we getting for our money?”

When you start shopping for a definition of the Smart Grid, you will find that for every website you visit, you will find a different (albeit somewhat similar) answer. Mike Oldak of the Utilities Telecom Council said, “If you put 10 consultants in a room, you’ll come out with 15 different definitions for Smart Grid.”

Even the Smart Grid Interoperability Panel, a public-private partnership formed by the National Institute of Standards and Technologies (NIST) for the specific purpose of identifying standards for Smart Grid, has avoided the problem of trying to create a definition. In NIST Special Publication 1108 NIST Framework and Roadmap for Smart Grid Interoperability Standards, Release 1.0, there are discussions of key concepts, applications, and requirements, but no formal definition of a “Smart Grid.” Although it seems illogical on the surface, this is really the right thing to do.

In general, we speak of “the grid” as though it were a single object, when really it is a collection of systems and devices that serve a single purpose, namely the delivery of electricity. True grid-heads might try to tack on more industry-based concepts including “generation,” “transmission,” and “distribution” to the idea of delivering electricity, but I propose that it’s only natural, and understood, that it is impossible to really deliver something unless it’s been previously made and moved. Just as we have come to speak of the Internet with no real understanding of all the things that must come together in order to provide the content and applications that each of us accesses every day, so too is there a grid-head concept that by some magical means, electricity is delivered to the plug in the wall. In that sense, it’s somewhat of an injustice to even attempt to create a definition for “Smart Grid.”

So what are we doing?

To put it into perspective, think about another technological advancement—the automobile. When cars were first developed, they had no instrumentation. It wasn’t until some time later that gas, oil, and temperature gauges, as well as speedometers, tachometers, and turn-signal indicators were installed. I would venture to guess that every person reading this article has at least as much interaction with the electric grid—if not more, on a daily basis—as with a car. But what kind of information do you have about your electricity usage?

Keeping the automobile example in mind, one of the first goals of Smart Grid is to add instrumentation to the grid. What makes this possible, and therefore the first enabling feature for Smart Grid, is our ability to provide two-way communication flows. With the ability to communicate effectively, we can not only feed more information back to the utility operators to improve the grid’s overall performance, but also provide direct and immediate feedback to the consumers about their electricity usage—a home energy dashboard, if you will.

With additional instrumentation inside the home through the development of smart appliances and manageable plug-in devices, every consumer will have the ability to observe, on a near real-time basis, exactly where the money is being spent on the electricity bill. Coupling this with additional data from the utility, a homeowner could compare the current day’s usage to a previous day, week, month, or year. With just a modest level of cooperation from the utility company, a home-owner could also compare individual data with the average residential consumption within his or her ZIP code. All of this knowledge, all of this control, all of this useful information is made possible by the simple act of enabling two-way communication on the grid.

In many utility areas, various tax credits and other benefits are being offered to homeowners who install wind turbines or solar panels. If you would have done this in the past, any electricity generated by those devices that went unused by the homeowner would have simply been wasted. Now, however, the means exist whereby a consumer can actually sell that unused power back to the utility company. This “feed-in” service permits the homeowner to more quickly recover the cost of installing a renewable energy device. This is huge!

This concept not only works with residential renewables, but also with electric vehicles (EV). When not needed for transportation, the electricity stored in an EV battery could be used to deliver power to some other person or device that really needs it. Picture a hospital parking garage filled with electric vehicles, each of which holds various amounts of electric charge. If the power goes out, those vehicles could be used to supply electricity to the hospital until the local emergency generator is started. What if the original power outage was caused by a lightning strike to that generator permanently disabling it? Tapping the nearby EVs could literally be a life-saving technology

The second enabling feature of Smart Grid is the ability to support two-way power flows. This enables a consumer to become a producer when producing (or storing) excess power, and then revert to being a consumer when in a power deficit. A homeowner with a rooftop solar device can sell power to the grid during the day while at work and home demand is low, then buy power back at night when it is time to power the microwave, big screen television, or even the cell phone charging station.

The Grid of the Future

With the two enabling features in place, practically everything we want to accomplish with the Smart Grid starts to fall in line:

On a hot summer day, when facing a possible shortage of electric power, the utility company can send a signal that causes a number of residential thermostats to adjust, thus preventing a blackout (demand response).

Appliances, such as the defroster in your refrigerator, can program themselves to run at night when the demand for electricity is lower and therefore cheaper (“smart” appliances and time-of-use pricing).

Faults in the electric current can be detected and reported to the utility, thus minimizing downtime. At the same time, power can be re-routed around those faults so that the fewest number of customers are affected (distribution automation).

Fewer electric generating plants are necessary in order to maintain power quality for the customer base (grid optimization).

In the grand scheme of things, we’re just getting started in terms of enabling the Smart Grid. Clearly the vision of a better electrical future exists, but the path to that future remains somewhat unclear. The challenge that the electricity industry faces, is how to apply what we know about technology in order to realize that vision. 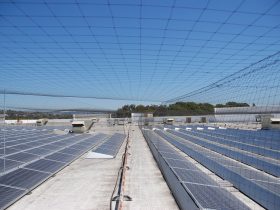 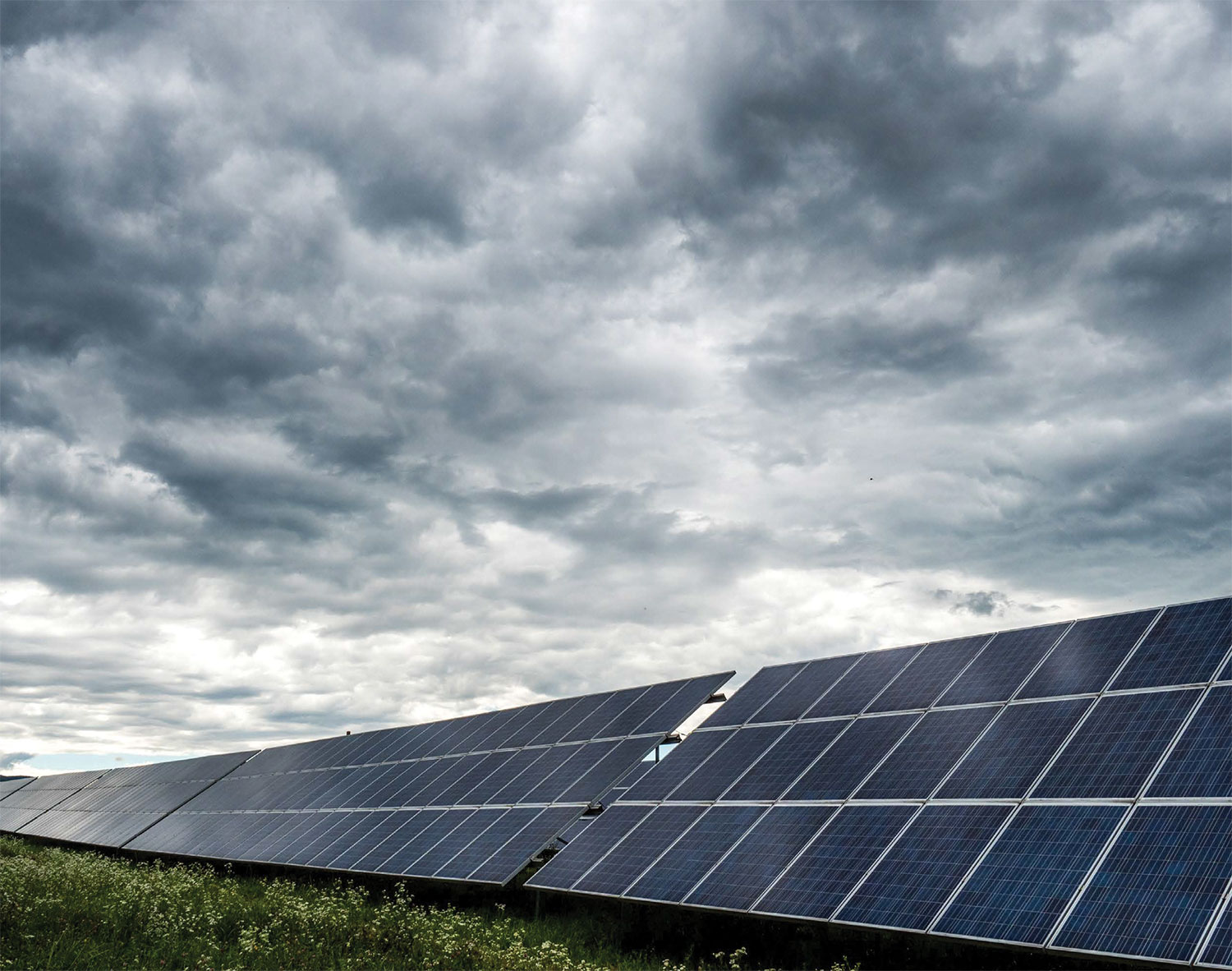 Lightning’s perfect storm for destruction is on the solar field. Solar panels’ large—and often exposed and isolated—location make surge protection critical for it to last its lifespan. 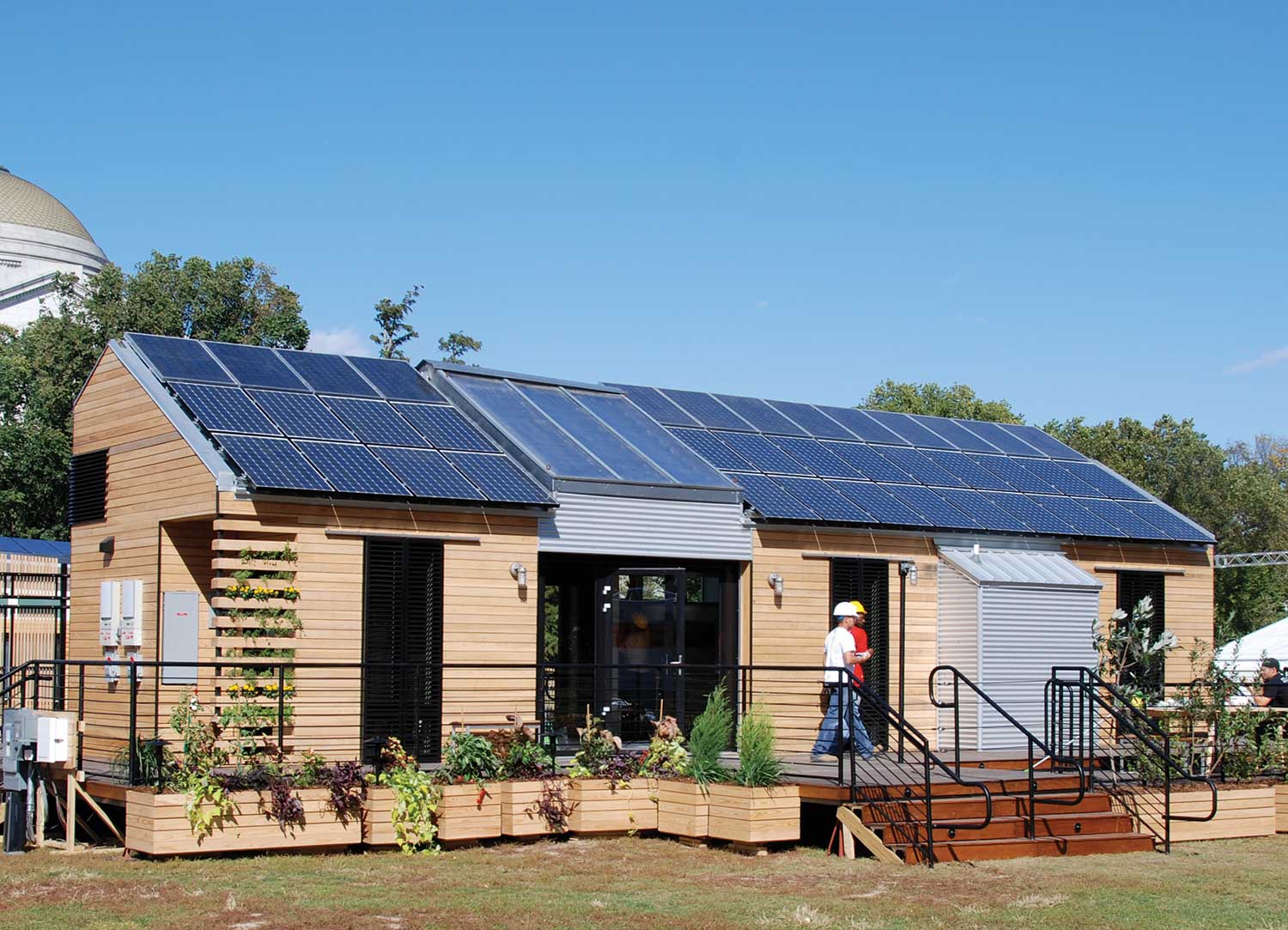 New Directions: PV and the NEC for All Readers

A PV system is relatively simple in concept, but after the NEC requirements are added for safety, the execution of the system requires considerable attention to detail. There are also significant numbers of electrical inspectors that are new to the field of inspecting PV systems.